Home News Render: Royal Enfield Himalayan imagined as the most modern looking RE till date 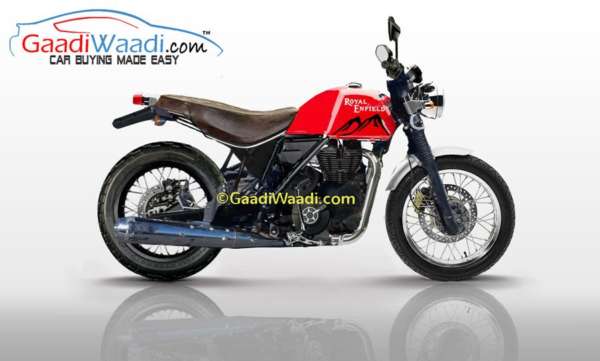 All their motorcycles carried truck loads of old warm charm and technology until now, but it seems with their upcoming adventure tourer, RE might just step out of sepia. Since it has been spied testing earlier, based on those images, someone just rendered the Royal Enfield Himalayan (if they call it that) and it looks pretty close to what the actual bike might look like.

Set to become the tallest motorcycle that has ever come out of Royal Enfield’s stable, the Himalayan’s design has been envisioned to be minimalist, clean, yet contemporary. The front forks gets an all-black treatment, with fork protectors hiding the telescopic suspension unit’s travel. Spoked wheels at both ends get disc brakes, while rims are finished in black. The handlebar aids a comfortable, upright riding stance, while a compact instrument cluster is nestled above a chrome finished round headlight. The fuel tank gets a large knee recess, while the seat seems heavily inspired by the Ducati Scrambler. 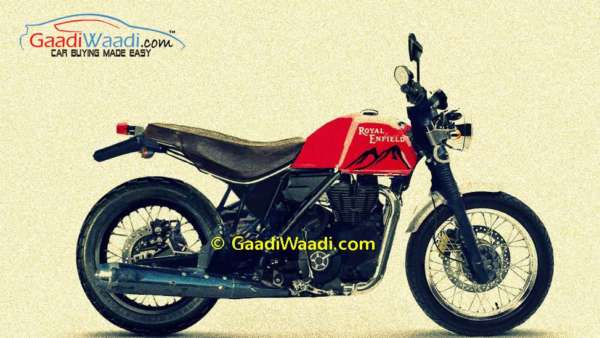 The biggest change though will be the new motor, which is rumored to be a 400 cc unit that will make more power than the existing 350 cc engine that does duty across a range of Enfields. Spy images have confirmed that the Himalayan will be the first Enfield to come equipped with a rear monoshock and the largest rear contact patch seen on a thumper. The report carrying this render also suggests that RE has applied for a trademark in India and Europe for the name ‘Himalayan’, and has marked titles like ‘On-off Roader’, ‘Off-roader’, ‘Adventure tourer’ and even for a ‘Scrambler’. Rumored to be launched next year, we’ll bring you more updates about this upcoming RE as and when they keep coming, stay tuned!