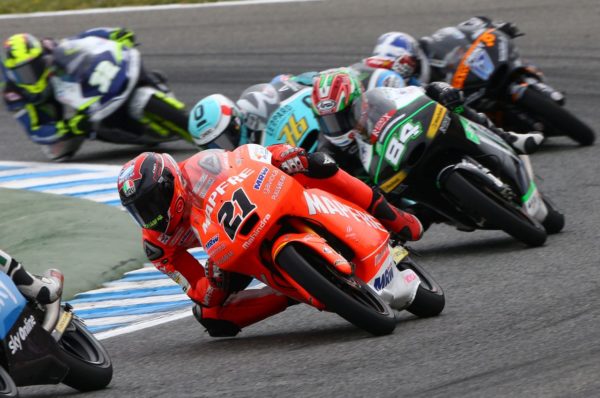 Mapfre Team Mahindra rider Francesco “Pecco” Bagnaia claimed his best finish of the year so far. Bagnaia’s pace was good enough to match the leading group of five riders, but his starting position from 16th place, in the middle of row six, meant that by the time he had fought his way to the front of his group the leaders were out of reach.

The race, over 23 laps of the 4.423-km Jerez circuit, was won by championship leader Danny Kent (Honda), at the head of a five-bike leading gang. The next round is the French GP at Le Mans in two weeks.