Launched as a genuine 7-seater earlier this year, the Renault Triber has become quite a popular vehicle for what it offers. It looks like another growth story in Renault India’s books, as sales of the Triber have crossed the 10,000 units mark within 2 months of launch. The carmaker sold 11,516 units last month, which has resulted in a 63% growth for the month of October 2019, compared to the same month in 2018. 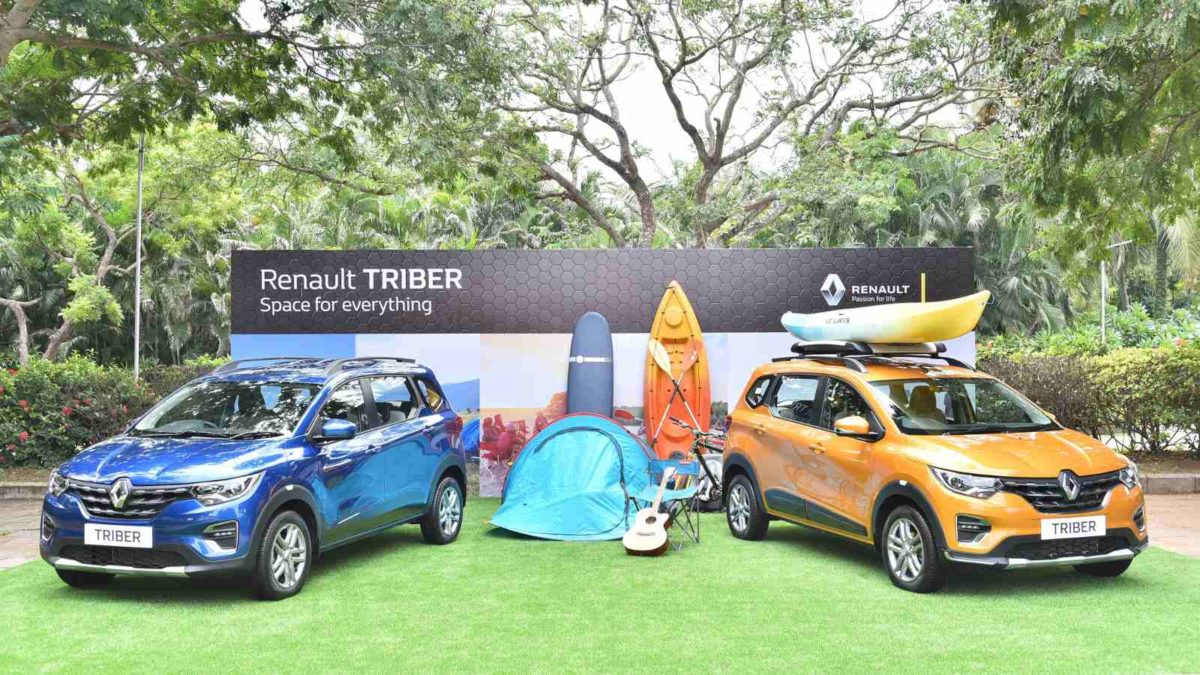 The smart-looking MPV’s top-spec RxZ variant has been upgraded with 15-inch wheels, replacing the 14-inch units which were offered earlier. The bigger wheels now come wrapped in 185/65 section rubber, compared to the 165/80 section tyres it came fitted with earlier. The upgraded wheels are still the steel-type though and 14″ alloy wheels continue to be optional. This lone change has hiked the price of the car by INR 4,000 from the earlier INR 6.49 lakh (ex-showroom) sticker price.

The Renault Triber is offered in four trim levels – RxE, RxL, RxT and RxZ, each priced with a gap of INR 50,000 from the other. Prices start at INR 4.95 lakh for the base trim and go up to INR 6.53 lakh for the top-spec variant. Powering all variants is a petrol engine which is a 1.0-litre, naturally-aspirated, 3-cylinder unit which also powers the Kwid. In its pumped-up state of tune, the motor cranks out 72 HP and 92 Nm of torque, mated with a 5-speed manual gearbox. An AMT variant for the top-spec variant could be introduced later.

The car’s’ fuel economy has been rated for 20 km/l by ARAI. In terms of boot space, the Triber offers 84 litres with the third row up, and up to 625 litres with seats still up for 5. Space is optimised with 100+ seating configurations and the main seat combinations feature four modes – the 5-seater Life Mode, the 7-seater Tribe Mode, the 4-seater Surf Mode and the 2-seater Camp Mode. Going forward, the Triber’s engine will be tweaked to meet the upcoming BS-VI norms when they come into effect on the 1st of April, 2020. As of now, carlines like the Captur are being offered with huge dealer-level discounts to clear BS-IV stock.