A much-awaited motorcycle in India, the KTM 390 Adventure will be revealed at the India Bike Week, on the 6th of December 2019. It is being said that the 390 Adventure will become the first BS-VI KTM motorcycle to go sale in India. Built upon the 390 Duke as the base, the bike gets long-travel suspension and comfort-oriented ergonomics to serve its image of being an adventure tourer. However, many have been wondering about its off-road capabilities, given the fact that it comes fitted with alloy wheels, instead of the usual spoke-type which are more ideal on such type of motorcycles. This video should help clear some of those doubts.

Powering the KTM 390 Adventure is the same motor as the 390 Duke. A 373.2cc, single-cylinder, DOHC unit, it cranks out 44hp at 9,000rpm and 37Nm at 7,000rpm. Those figures are identical to the Duke, however, there is still no confirmation if KTM has made any alteration to the gear ratios. This new KTM will come fitted with ride-by-wire, a slipper clutch and a switchable traction control system. The bike will come fitted with taller, adjustable USD forks upfront and a monoshock at the rear. The front forks are adjustable for compression and rebound, offer 170mm of travel, while the spring at the back can be adjusted for rebound and pre-load and offers 177mm of travel.

Also Read: All You Need To Know About The KTM 390 Adventure Those suspension bits add cushion to a trellis frame. The KTM Adventure 390 also comes fitted with an engine guard and a bash plate underneath. The bike gets a 100/90-19 tyre at the front and a 130/80-17 tyre at the rear, both of the dual-purpose type, mounted on alloy wheels. In terms of electronics, it will feature an LCD display for instrumentation which also allows pairing with a smartphone via Bluetooth. The fascia gets a Duke 390-like headlight which comes fitted with LEDs for illumination. Protecting the display and the rider from the oncoming wind is a windscreen which is adjustable for two positions. 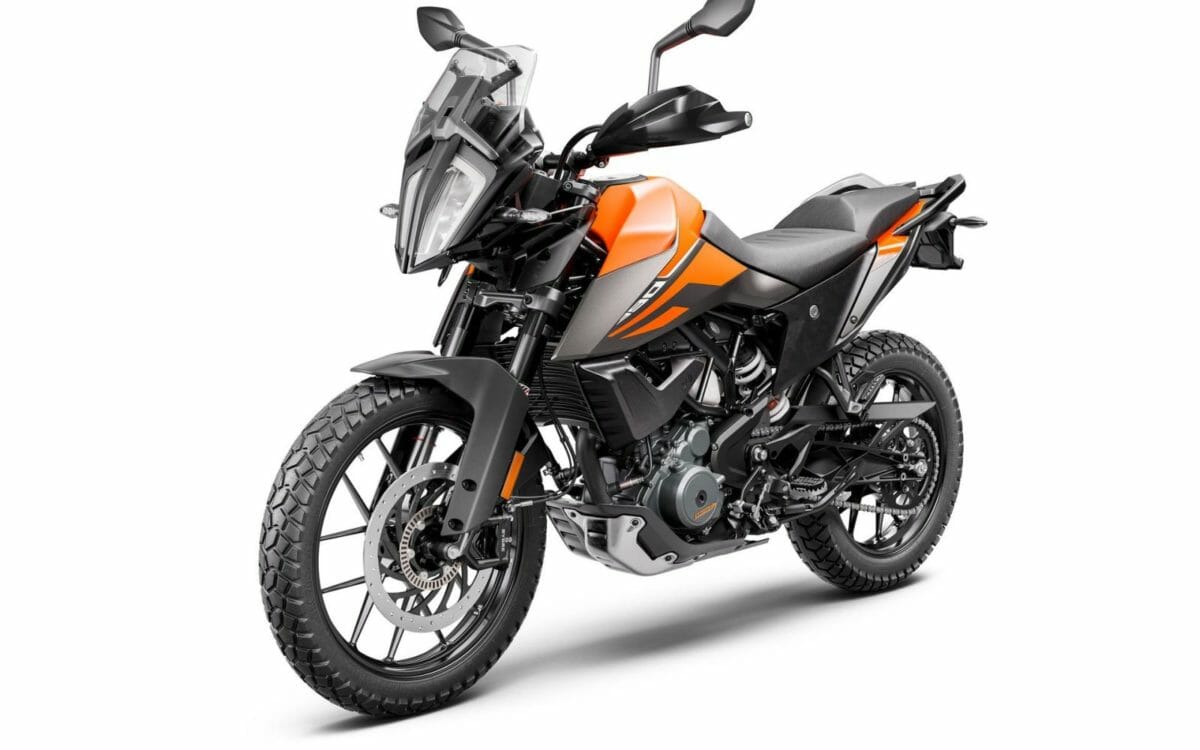 Braking is via a 320 mm disc up front and a 230 mm unit at the back. The front unit is grabbed by a Four-piston, radially-mounted, fixed calliper, while the rear gets a single-piston, floating calliper. The system is governed by Bosch 9M+ Two-channel ABS which includes an offroad mode and is also disengageable.