Home News Renault Triber Features & Variants Explained – Which One Should You Buy?

The Renault Triber sub-4metre MPV has been launched in India today. Available with a single engine-gearbox combination at launch, it will be offered in four variants – RxE, RxL, RxT and RxZ, each priced with a gap of INR 50,000 from the other. Prices start at INR 4.95 lakh for the base trim and go up to INR 6.49 lakh for the top-spec RxZ variant. Since all variants are mechanically similar, they are differentiated in terms of features. Let’s take a look to help you decide which one offers the most value.

Mechanically, all variants are identical and are powered by a 1.0-litre, naturally-aspirated, 3-cylinder petrol engine which also powers the Kwid. In its pumped up state of tune, the motor cranks out 72 HP and 92 Nm of torque, mated with a 5-speed manual gearbox. An AMT variant for the top-spec variant could be introduced later. The car’s’ fuel economy has been rated for 20 km/l by ARAI. In terms of boot space, the Triber offers 84 litres with the third row up, and up to 625 litres with seats still up for 5. Space is optimised with 100+ seating configurations and the main seat combinations feature four modes – the 5-seater Life Mode, the 7-seater Tribe Mode, the 4-seater Surf Mode and the 2-seater Camp Mode. 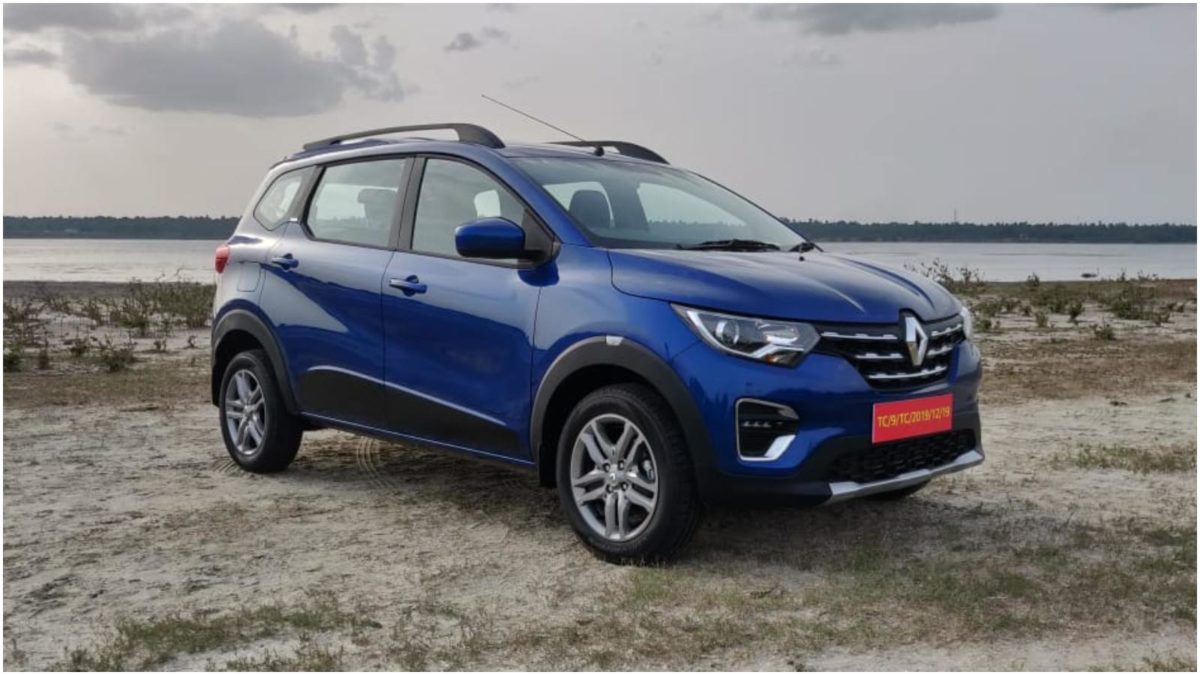 The base variant above offers all the basics. However, for a large cabin, it only offers front AC vents, which means if you will be carrying people in the third row, it will be some time before the cool AC breeze gets there. The time required to cool the cabin down on a hot day will be that much more. This variant doesn’t come fitted with an audio system either.

For this variant, all the necessities have been fitted and it makes sense for someone who puts needs before wants. There’s a basic audio system, AC vents for the rear passengers, remote central locking and some more bits which make the car more presentable 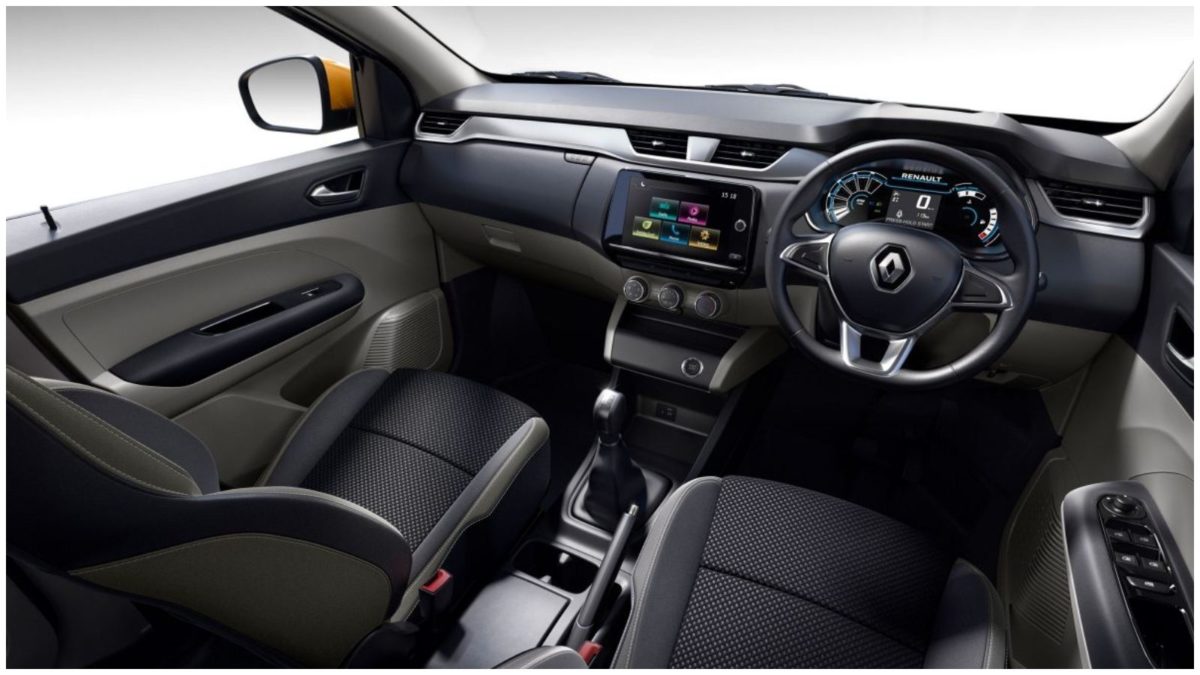 If you wish to buy the Triber and need a variant which makes you feel that you have bought a modern car with a touchscreen, powered rear windows and a cooled glovebox, the RxT variant makes for a terrific value at the price for which it is being offered. 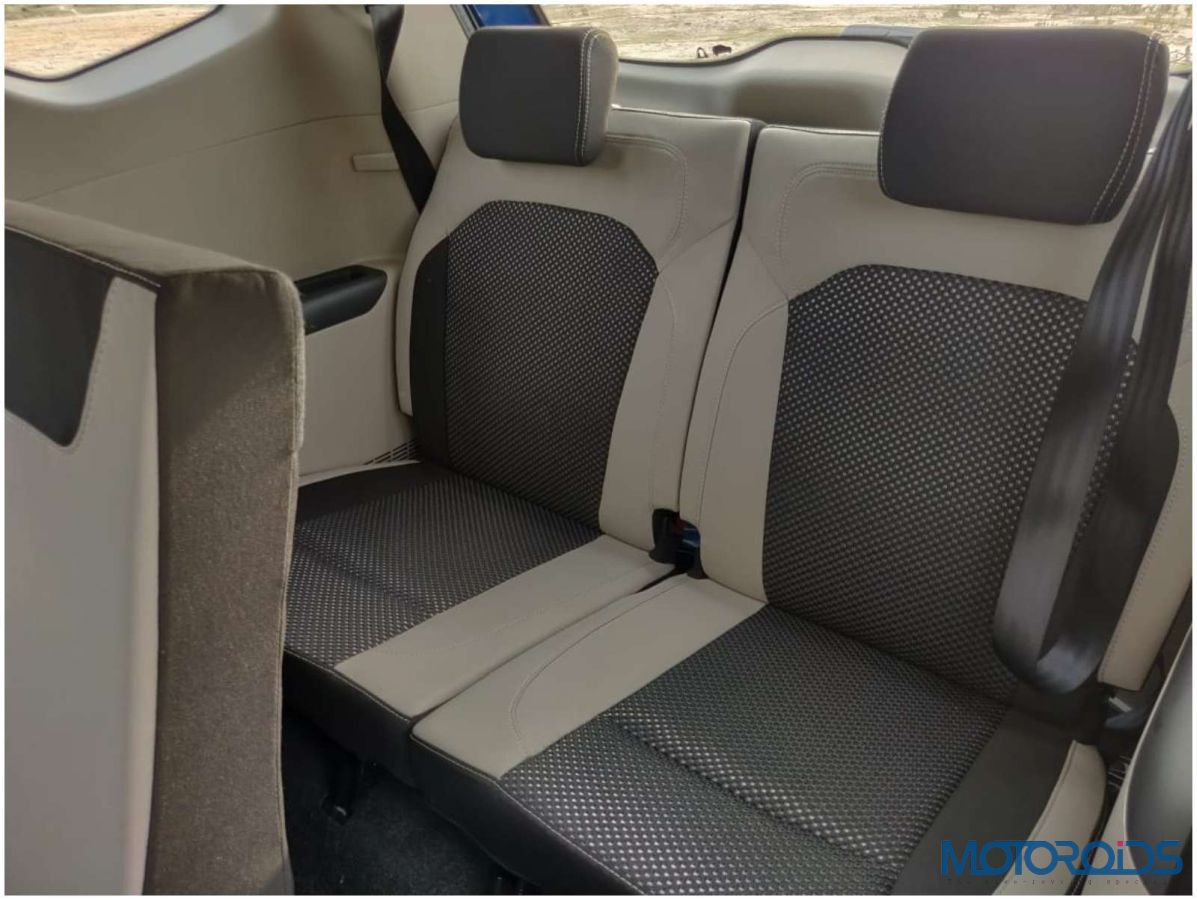 The top-spec RxZ variant of the Triber offers two extra airbags over the standard two, alloy wheels and all the fancy features you would expect from a car which asks for INR 6.5 lakh. Still, for offering almost everything, the RxT still remains the most value-for-money variant.