Home News Rajdoot Motorcycle Gets Restored To Its Glory Days

The name Rajdoot has a special place in many Indians’ hearts especially the ones who have owned one. The brand was one of the most popular during its time and we can still find some well-maintained examples of the same. Here we have come across a video of the restoration of an old Rajdoot 175 SHL M11 model.

The video has been uploaded by ‘old pistons garage’ on their YouTube channel. The video starts by showing a scrap Rajdoot motorcycle that is covered in dust. The owners bring the motorcycle to their garage and then start dismantling it. After dismantling each and every part of the motorcycle, they are thoroughly washed.

Every part of the bike – the chassis, engine, body panel, headlamp, tail lights and fuel tank are dismantled and kept separately. The primary challenge with almost all old motorcycles is rust, so was in this case. Even the fuel tank had started rusting from inside. All the dents and the rust on the motorcycle was dealt and every part of the motorcycle was repainted after applying primer. The bike is given an iconic black paint-job which matches the best with the Rajdoot range.

A brand new SHL logo is attached to the fuel tank. It also gets white pin striping on both the fenders, headlamp cluster and the fuel tank. The front and rear suspension were readjusted after the paintwork. The steel rims were very old and they were replaced with new units with spoke wheels. Even the engine required a little bit of tinkering to get it started.

The low slung silver-finished exhaust and the noise of a 2-stroke engine is all retained in this bike. Once the bike is restored to life, the rest of the parts are reassembled into the motorcycle neatly. The freshly repainted engine is integrated into the chassis. The 1969 Rajdoot  SHL M11 is powered by a 175cc unit which puts out 7.5 Bhp of power and 12.7 Nm of peak torque. 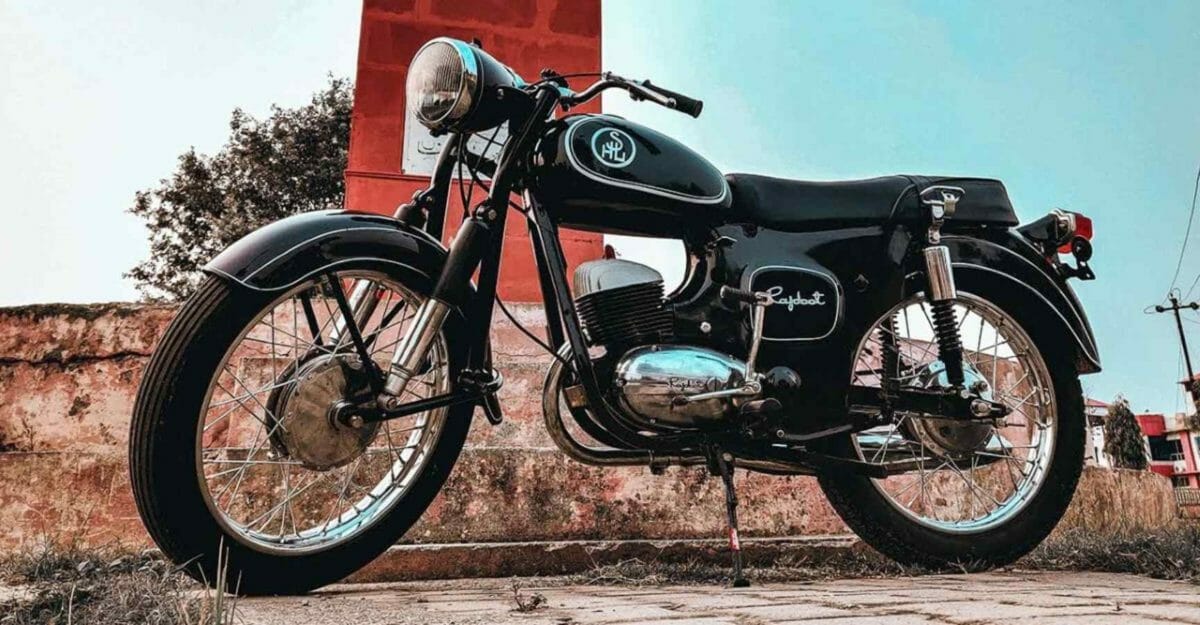 History of the Rajdoot SHM M11

The M11 model was made in Poland and sold in India by the Escorts Group of India. The motorcycle division of Escorts Group started manufacturing the Polish SHL M11 175cc motorcycle under the brand name Rajdoot from 1962. The model was sold in various derivatives with slight changes in cycle parts, suspension and transmission.

Production of the M11 model continued for over four decades until it was phased out in 2005 due to Euro 3 emission norms. During this period, Rajdoot sold about 1.6 million black ‘Soviet’ style motorcycles in the Excel T and Deluxe models. The bike in its restored form looks as if it has just come off from the showrooms.