There are a lot of things which make middleweight ADV-tourers strike a chord with several motorcyclists looking for an adventure-filled life with their motorcycle. They aren’t as heavy as their bigger and badder cousins while also being much more manageable off the road. Even beginner ADV motorcyclists don’t find them hard to maneuver when the going gets tough. They pack decent performance to keep you entertained while also providing a well-woven safety net of electronics. India has had the privilege to get some revered middleweight ADV-tourers. Benelli’s sister brand, QJ recently launched the SRB 750 in China. If they decide to bring it here, will it make sense?

Benelli recently confirmed that they are working on an ADV with its 754cc parallel-twin engine platform and shortly after, QJ has launched the SRB 750. It is still not clear that whether it’s the rumored TRK 800 or Benelli will develop a whole new motorcycle from the ground up while co-existing with the SRB 750. But one thing is for sure, the SRB 750 surely looks interesting.

Also read: The SRK600 Has Been Launched But It’s Not A Benelli 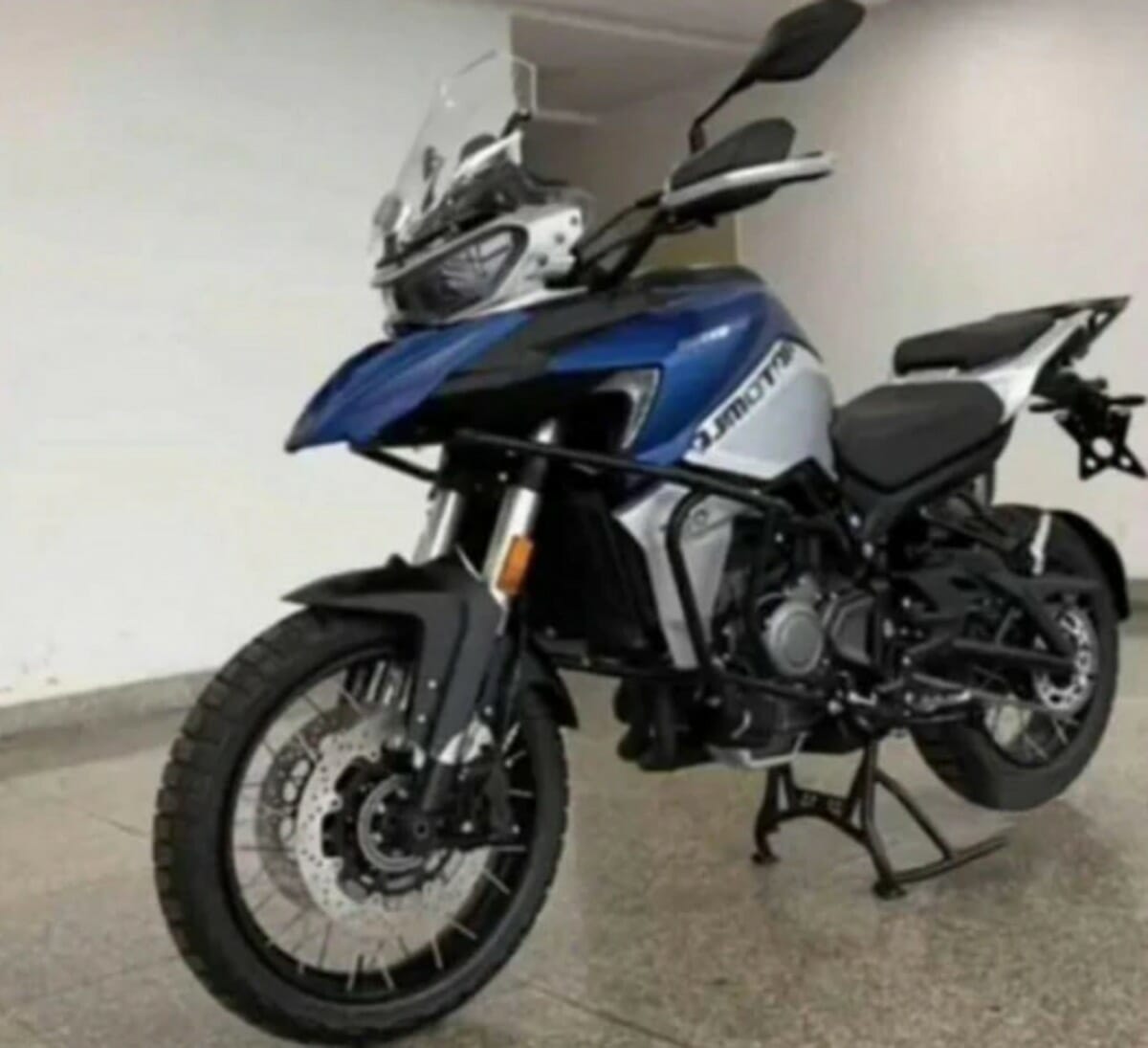 It utilizes the same engine found on other Benellis which displace the same like the Leoncino 800 and the 752 S. The 754cc parallel-twin engine is said to put out 81.6PS which might not be on par with its rivals but it would still be fun to ride on the road and off the road as well. When it comes to the looks, it looks kind of similar to the Triumph Tiger 900, especially when you take a good look at the front end. Other design elements fall in line with other TRK bikes in their portfolio, like the TRK 502. We can’t see a reason why we shouldn’t consider it as the TRK 800 but as we mentioned earlier, Benelli is reportedly working on a different bike altogether.

Other cycle parts of the SRB 750 include 19-/17-inch sidewall-laced spoke rims, dual-purpose tubeless tyres, two four-pot radial calipers fitted on the front wheel. The bike is also rumored to have a TFT dash and full LED lighting. Some of its rivals like the Tiger 900 feature a bigger front tyre. A 19-inch front wheel should make the machine an acceptable but not exceptional off-road machine.

Will it make sense here?

The middleweight ADV-tourer segment in India, will soon turn into a happening place. Triumph is all buckled up to launch the new Tiger 900 range in India. It features a host of updates over the Tiger 800 it replaces. Then there’s BMW Motorrad too, who might have taken the F 750 GS and F 850 GS off their website but we can expect them to launch the BS6 compliant version of the GS twins in India soon. On the other hand, there’s the much-awaited orange madness, the KTM 790 Adventure, which according to some reports, is a phenomenal ADV-tourer.

Benelli would want to step in the same territory as well. Going by their aggressive pricing strategies, we can expect the rumored TRK 800 to undercut the rivals substantially. They will most probably bring the TRK 800 which is under development and if they do, it would be a great addition in the middleweight ADV-tourer segment in India.