Okinawa has been producing only electric scooters until now. The company is now looking forward to bring their first electric motorcycle, the Oki100 in the third quarter of FY2020-21. It will be a highly localized product and is in line with PM Modi’s vision of ‘Make in India’. With the launch of Oki100, they might be able to thwart the notion even further that electric vehicles are boring.

Oki100 was first showcased at the 2018 Auto Expo and managed to attract quite some attention. It looked like a mini naked roadster and packed a lithium-ion battery pack with a 2.5 kW motor. The performance figures are quite impressive as it boasts of a top speed of 100 km/h. The prototype also offered a riding range of 150 km/charge and according to the overall performance on offer, the range is quite impressive. All the parts of the electric motorcycle will be made in India, with battery cells being the only exception. With heavy localization, Okinawa will be able to price the Oki100 aggressively.

Also read: Okinawa Hikes Dealer Margins From 8% To 11% Per Sale 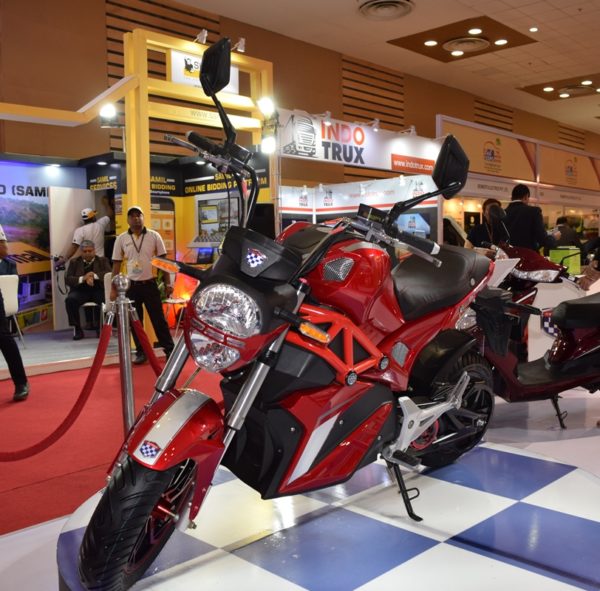 The prototype which was showcased at the 2018 Auto expo sported some high-end cycle parts including inverted forks, monoshock and disc brake on either end. We just hope that Okinawa carries them forward in the production version as well. Okinawa also said that it is planning to provide a wide range of 100 percent localized electric two-wheelers to its customers and the Oki100 will be the first product in this line.

Jeetender Sharma, Managing Director, Okinawa, said, “We welcome PM Modi’s vision of ‘vocal for local’. To accelerate the same, Okinawa has announced a 100 percent ‘Make in India’ electric bike. Currently, Okinawa offers maximum localization of electric vehicles, which is 88%. With our upcoming electric bike, we are taking the localization level up to 100 %. All the components of the electric motorcycle will be manufactured and sourced from local suppliers. We expect this to boost local suppliers’ domain and inspire all the EV startups to go ‘Vocal for local’.”

With a top speed of 100 km/h and an impressive riding range, Oki100 will directly rival Revolt’s RV400 and might be able to shake things up a little. With electric vehicles like Oki100 making their way in, the future of electric mobility in India surely looks promising.