The James Bond movie franchise has had many associations with famous automotive brands over the years – most notable ones are Aston Martin, Jaguar Land Rover(JLR) and BMW. In December 2019, Triumph announced a new official partnership with EON Productions, the co-producers of the Bond movies, revealing the dynamic action feature of Triumph motorcycles in the forthcoming 25th James Bond Film, No Time To Die.

Now, the British bike maker has  introduced the Scrambler 1200 Bond Edition to celebrate its association with the iconic franchise. And as its name suggests, it is a fitting tribute to the famed silver-screen British spy. By the looks of it, it is every bit classy and bad-ass as Bond’s portrayal. 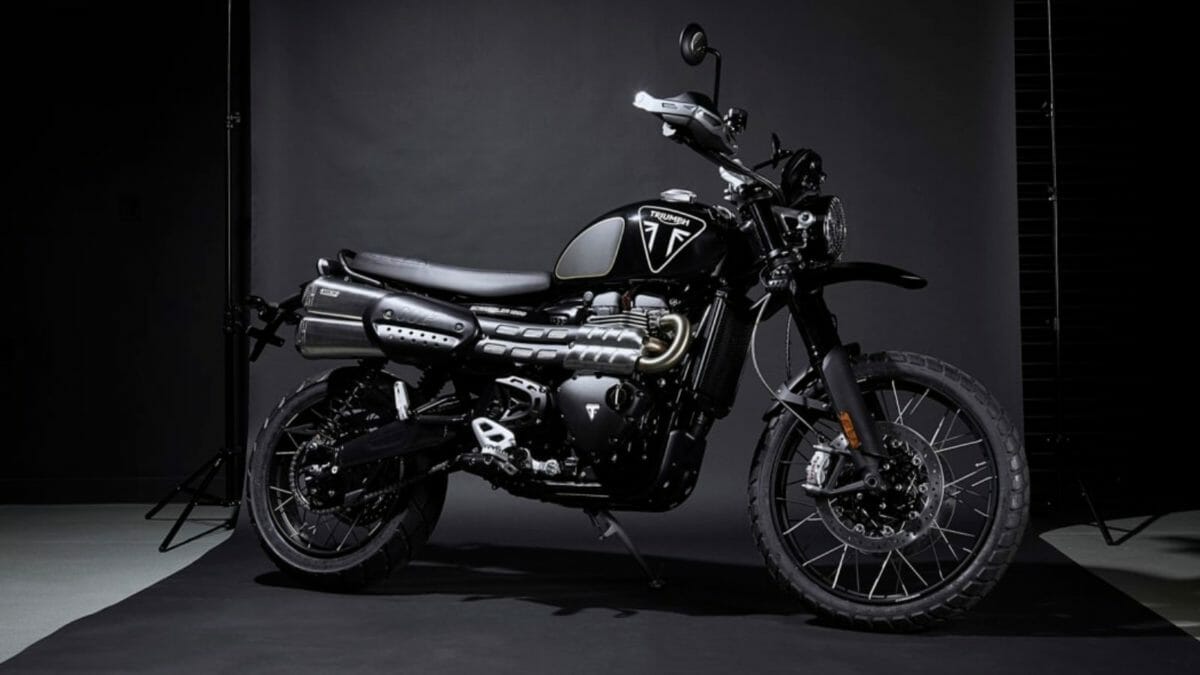 Every Triumph Scrambler 1200 Bond Edition will have an individually-numbered plaque billet riser clamp. The owners will also receive a special tailor-made handover pack unique to their bike. The bike will come in a distinctive Sapphire Black paint scheme inspired by the motorcycle ridden by James Bond himself in the movie. 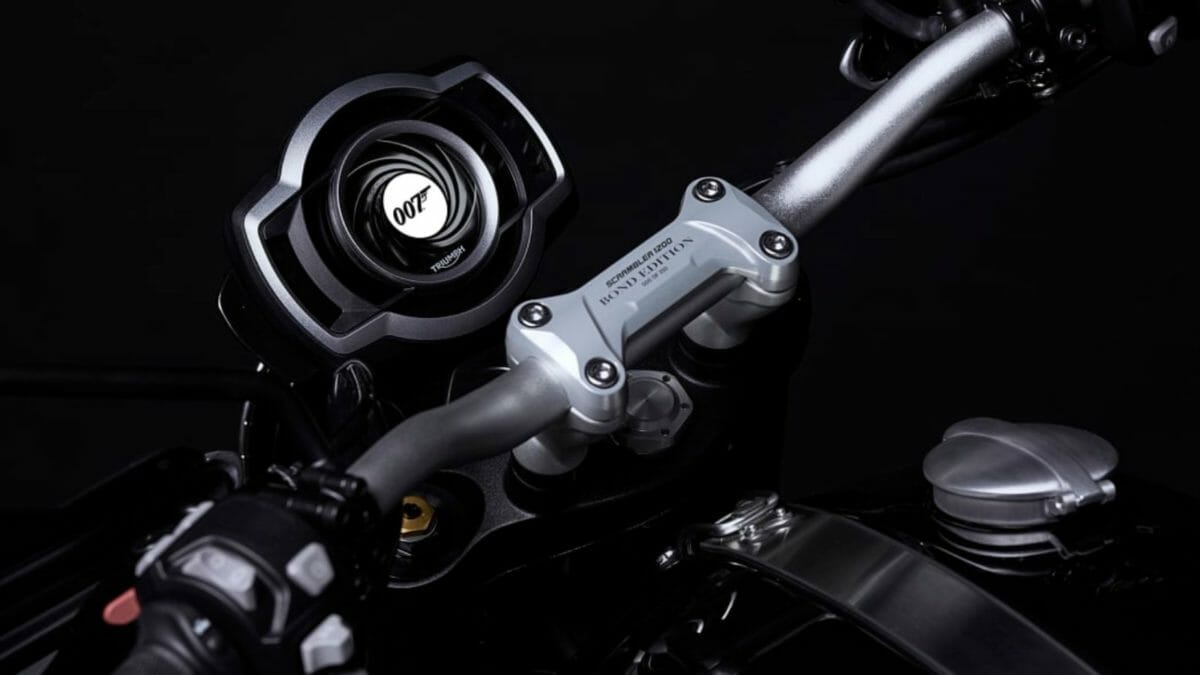 The most obvious things that differentiate the Scrambler Bond Edition are the 007 logos and Bond Edition badging throughout. The 2020 Triumph Scrambler 1200 Bond Edition is loaded with distinctive design elements. There is an oversized Triumph badge on the tank and a brushed decal foil knee pad with a hand-painted gold coachline. The motorcycle gets a real leather seat with an embroidered logo. 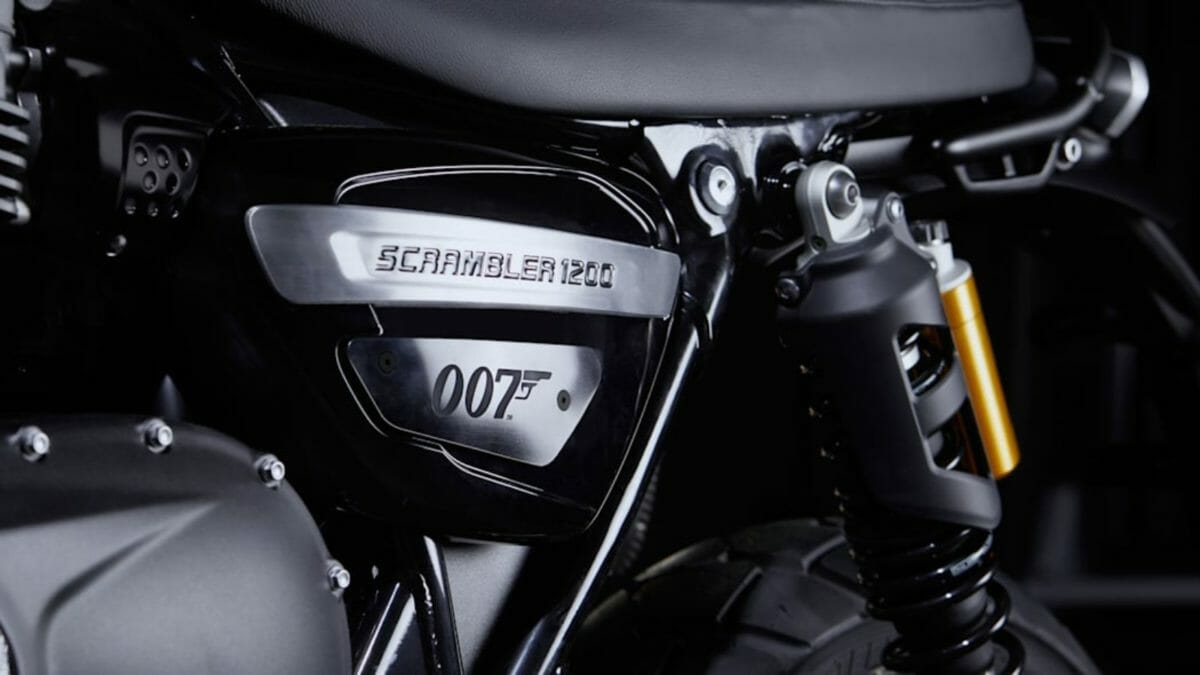 Moreover, each owner will receive a Bond Edition motorcycle cover, and a premium rucksack, Bond branded bike cover and a numbered letter hand-signed by the brand’s CEO Nick Bloor. Apart from the visual differences, the Scrambler 1200 Bond Edition is the same as the standard model.

The 2020 Triumph Scrambler 1200 Bond Edition’s engine is tuned to produce 89hp and 110Nm of peak torque. The motor is mated to a 6-speed gearbox. The Scrambler 1200 Bond Edition offers six riding modes — Road, Rain, Off-Road, Sport, Rider-configurable and Off-Road Pro. It gets fully-adjustable twin-spring Ohlins rear suspension and tubeless tyres are wrapped around spoked wheels where the front measures 21″.

The 25th James Bond movie, No Time to Die, was originally supposed to be released worldwide in April but it has been postponed due to the pandemic as fans wait for the final outing by Daniel Craig as James Bond. The bike has been priced at £18,500 which is £5000 more than a regular Scrambler. Triumph Motorcycles has started accepting orders for the new Scrambler 1200 Bond Edition in markets around the world. However, there is no word about the 007-themed Scrambler 1200 making its way to India. Nevertheless, the British manufacturer retails the base Scrambler 1200 XC in the country at Rs 10.73 lakh.