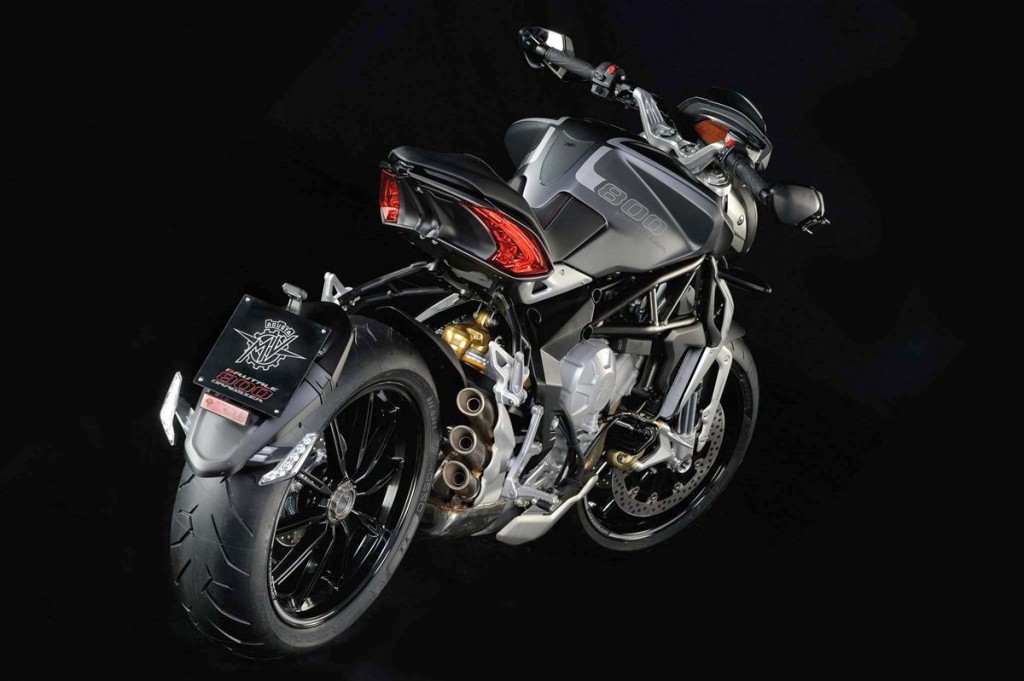 Official pictures and details of the 2014 MV Agusta Brutale Dragster 800 have been revealed by the Italian manufacturer. To start with the new motorcycle was being referred to as the Dragster 800 until MV Agusta clarified in a statement saying “with consummate Italian craftsmanship, the Brutale 800 Dragster re-evokes the epic DNA of the ‘dragster’ race bikes, specifically built to release their explosive power in the few seconds that separate clutch release from the checkered flag. Seconds as scorching hot as the rubber left smoking on the tarmac.” 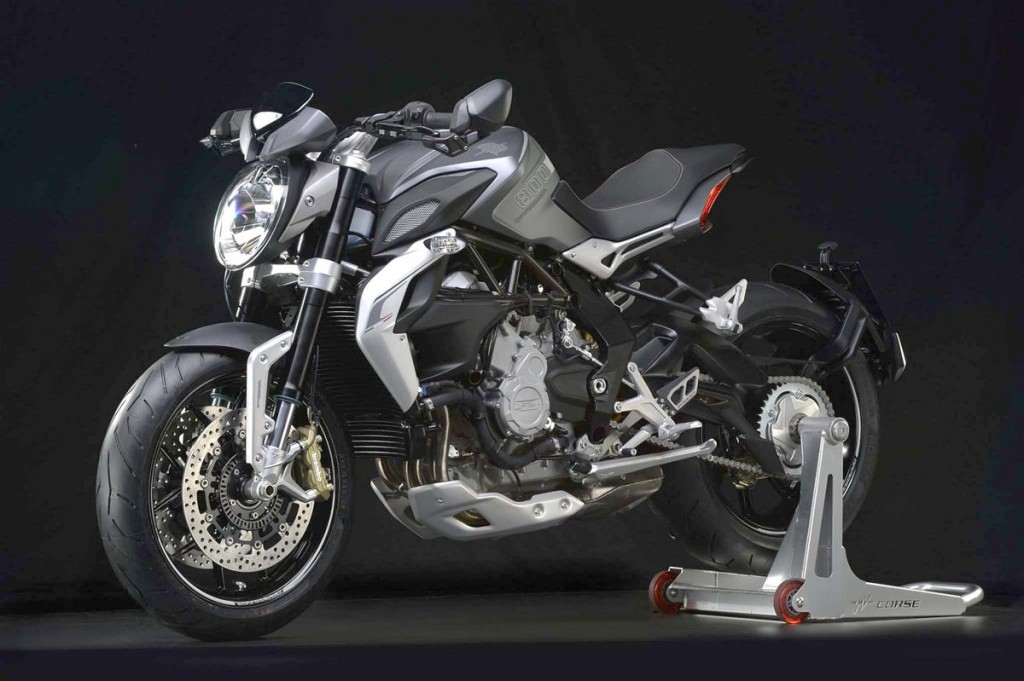 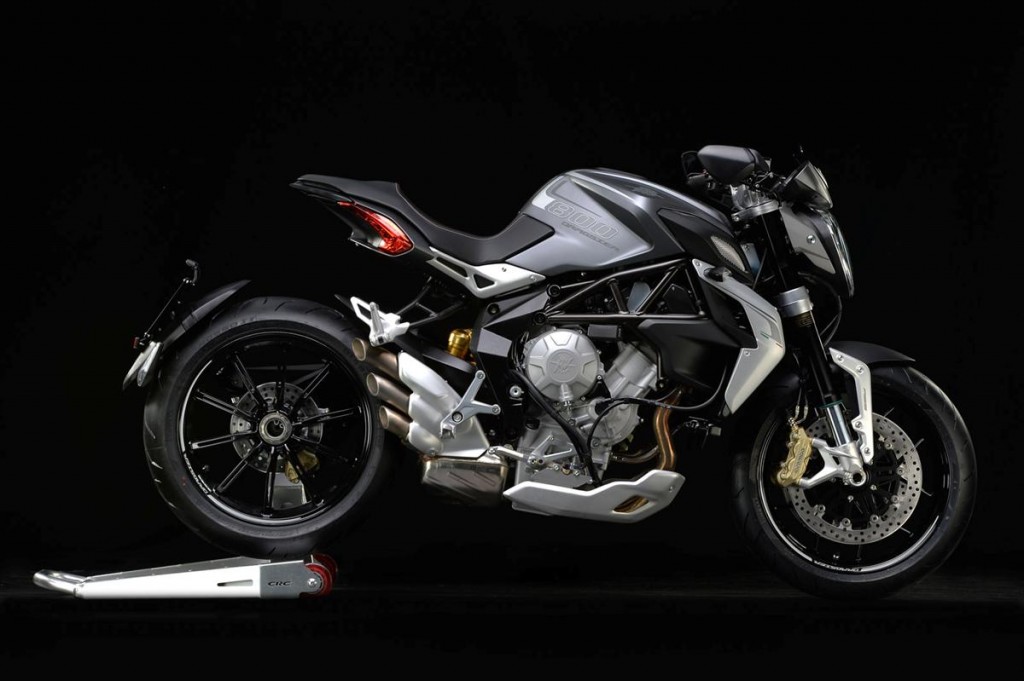 Suspending the 2014 MV Agusta Brutale Dragster 800 are a pair of fully adjustable 43mm Marzocchi front forks and a Sachs spring preload adjustable rear shock with 4.9 inches of travel. Stopping power is provided by a 4-piston Brembo radial calipers mounted over 320mm dual floating discs at the front and a 220mm single disc at the rear. A chopped tail with a floating fender on the wide 200mm Pirelli Diablo Rosso II differentiates the Dragster from the standard Brutale.

Priced at €13,490, the Dragster 800 would be available in White and Matt Metallic Grey shades.