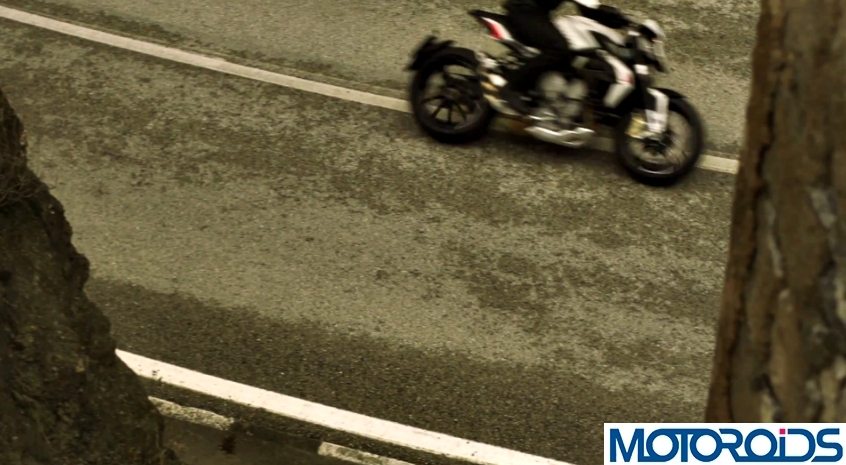 Subsequent to a few teaser pics floating around the worldwide web, more clearer set of Images of the 2015 MV Agusta Dragster 800 are now available- all thanks to a teaser video posted online by the Italian manufacturer on it’s YouTube Channel. 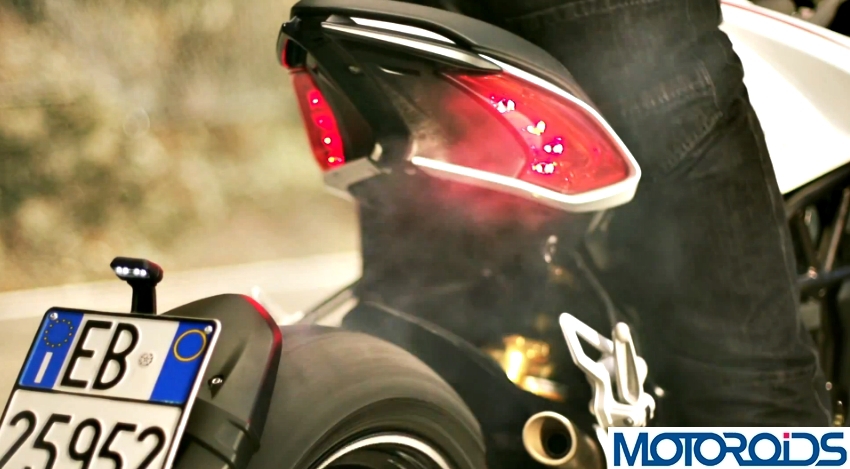 Based on the MV Agusta Brutale 800 three cylinder motor, the new Dragster 800’s power output stands at a Brutale’s ditto figures of 123.4 bhp. The video amply shows the higher handlebars with a short seat facilitating a more upright riding position which should make for a bike which is fun to ride around. 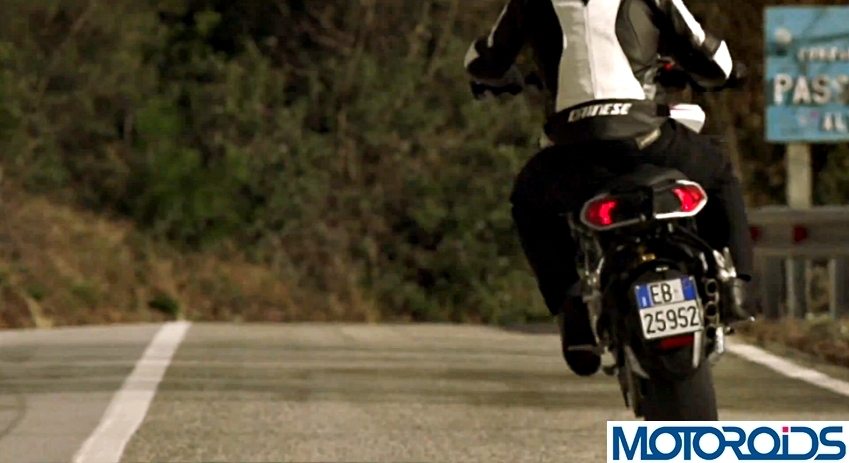 The fun factor is adequately showcased in the video with the rider pulling wheelies and smoking the rear tyre around the track. Other bits include an extended rear swingarm, a shorter seat and though can’t be confirmed at the moment- the front forks seem to have an increased rake angle. The tail strikes similarity to the MV Agusta Rivale with the lights being slightly spaced out. 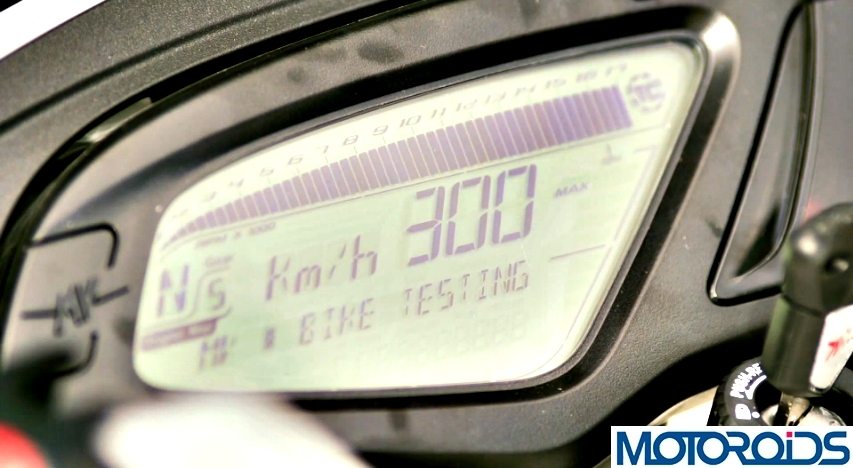 A pause at the dashboard sequence shows the Traction Control enabled and the 2015 MV Agusta Dragster 800 is expected to sport MV Agusta’s latest MVICS (Motor and Vehicle Integrated Control System) electronics package. The 300 kph reading need not be taken seriously- and the Dragster should max out at the Brutale’s top whack territory of around 250 kph.

In fact the UK Pricelist for the 2015 MV Agusta Dragster 800 had already been revealed (rather leaked) with the Dragster retailing at a modest figure of GBP 10,999 (plus on-road levies).

Oh yes, you can have a look at the video here: