Ahead of its unveiling, probably at the Delhi auto expo next year, Mahindra’s next generation Thar has been spotted yet again. This test mule, seen on the roads of Pondicherry dons a hard top, a feature the new Thar will be coming with. To be offered with an updated BS – VI engine and a number of other changes to comply with the upcoming safety and crash regulations, the next generation will still retain its go-anywhere ability with a proper 4-wheel drive system and a low range gearbox. However, unlike the current generation model, the car will also be capable on the road as well, and is also expected to come with creature comforts like air conditioning, touch-enabled infotainments screen and more. 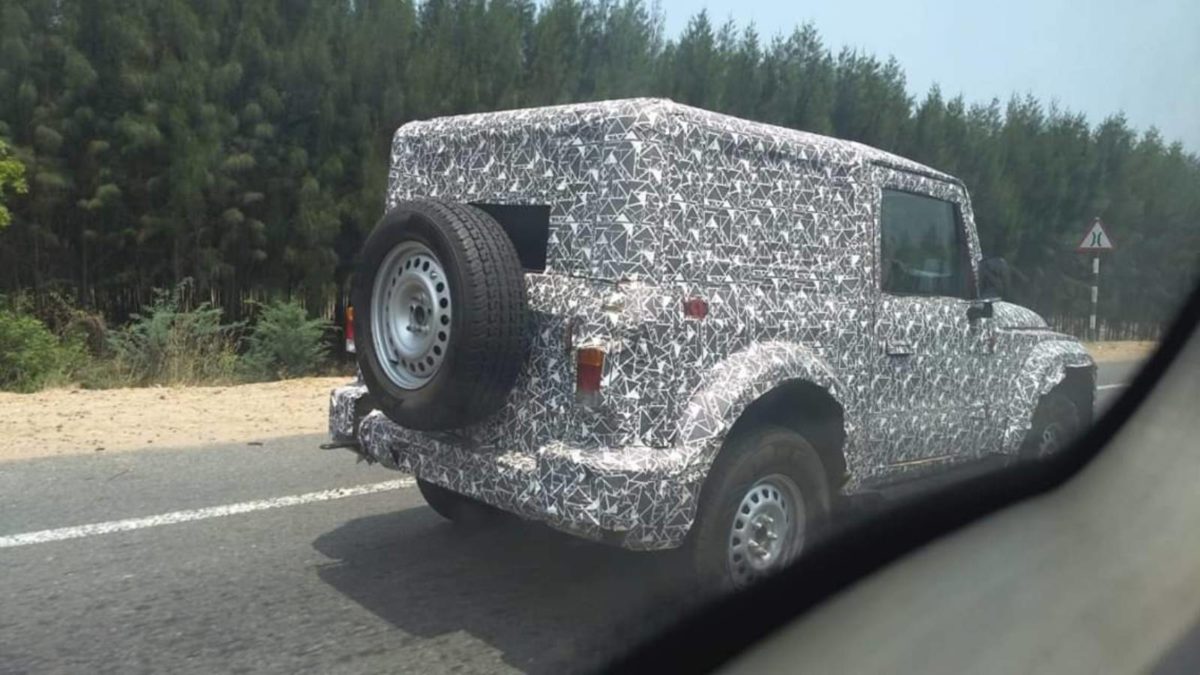 Mahindra seems to be running two test mules at the same time, one of which gets, what looks like an emission measuring device, and the other test mule sports a tailgate-mounted spare wheel. This spare wheel is much wider than the wheels seen in the existing model. This was perhaps done to support the additional width the new generation model is gained. Even the wheel arches flair a bit more than before, looking quite aggressive. The hard top will also have a provision to be removed, for those who like the wind in your hair experience. Moreover, Mahindra is also expected to offer a newly designed soft top as an option. 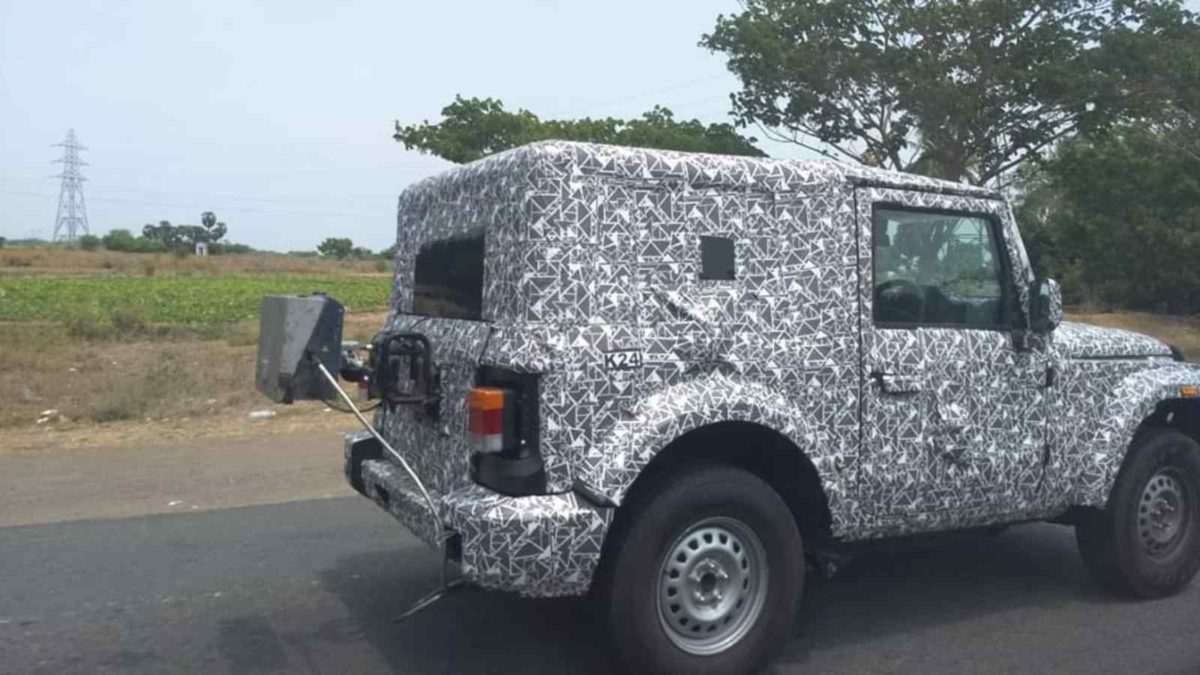 As mentioned above, Mahindra shall offer the new generation Thar with a new BS – VI compliant motor. This 2-litre motor would comply with all the upcoming emission norms and would also be offered in other Mahindra cars, including the new generation Scorpio and the XUV500. In the Thar, this motor is expected to be tuned to offer as much as 140 hp, with enough torque to handle harsh terrain. Moreover, the car will also offer safety aids, including a driver side airbag, rear parking sensors, ABS, seatbelt reminder and the works. With a reputation of a number of years on the line, would the new generation Thar live up to it? Time shall tell. Keep looking at this space for more news on Mahindra’s rugged SUV.