When Honda started the production of a ‘Harley-killer’ back in 2006, it was one of the finest bikes ever made which placed Honda as a cruiser-bike manufacturer on the world map. Many reports came out about Honda testing their new Goldwing, supposedly named F6B. Recently, a video was released which hinted that we may see the new Goldwing arrive on October 24. Although, it was released in 2001 after that, Honda has been updating the Goldwing with few tweaks at a time but the essence remains the same.

As per the images, the motorcycle will use an all-new aluminium frame. It adds a Hossack-style front suspension just like BMW. By separating braking and suspension forces, the girder-style forks of the 2018 Gold Wing should improve both its ride and handling. We could assume that Honda might use semi-active suspension with multiple rider-modes.

You May Like – No Honda Africa Twin Manual Version For India, Confirms YS Guleria 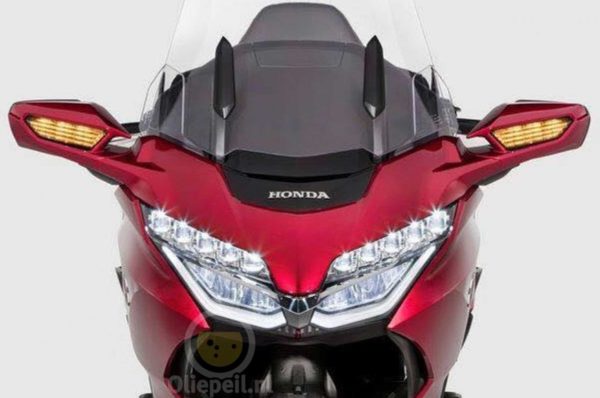 From the images, the engine is definitely an upgrade of the previous one. It’s a six-cylinder and the capacity could be in a range of 1832cc, Euro-5 compliant. The current version of the Goldwing produces 118 hp at 5,500 rpm and 167 Nm at 4,000 rpm. There are two images in which the grey Goldwing is missing a clutch lever which could mean that Honda may offer the DCT transmission as an option, apart from the a 5-speed manual transmission equipped version.

The Honda Goldwing is also known for the extent of luxury goodies it comes with. Large colour display, incorporating readouts for the stereo, phone and sat-nav. A control knob/joystick, 6-speaker 80W SRS surround-sound system with iPod, iPhone or USB connectivity. 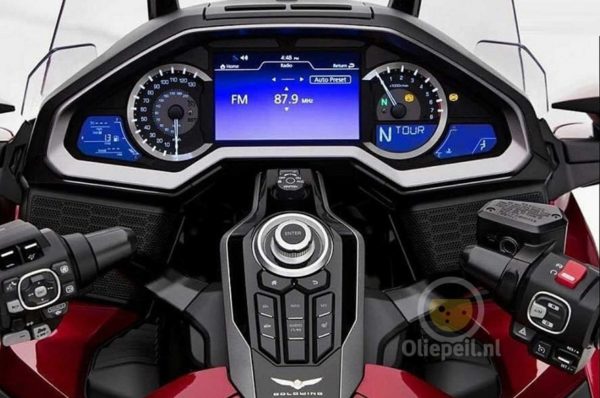 As stated above, Honda might launch the Goldwing on October 24, 2017 and soon go on sale after its launch in international markets. The current Goldwing is priced at INR 32.16 lakh (ex-showroom, Mumbai) so you can expect the new one to be more expensive than the current one.