Home News Spies Of The Nurburgring Have Captured A Special Porsche, The 911 GT3-RS (991.2)

Nurburgring is a place where most of the car manufacturers go to test their cars to the maximum limit. It’s basically a mecca for them. Every second matter. Every corner matters. As F1 legend Nikki Lauda would say, “Anybody who says he loves the Nurburgring, is because he hasn’t driven fast enough.” A few days ago, Porsche was seen testing a very special car.

The car featured in the images is the new Porsche 911 GT3-RS (991.2) with the manual gearbox. The GT3-RS developed 500hp from its 4.0-litre naturally aspirated but the manual version which is being tested at the ‘Green-Hell’ will have an increment of power from 500hp to around 525hp. 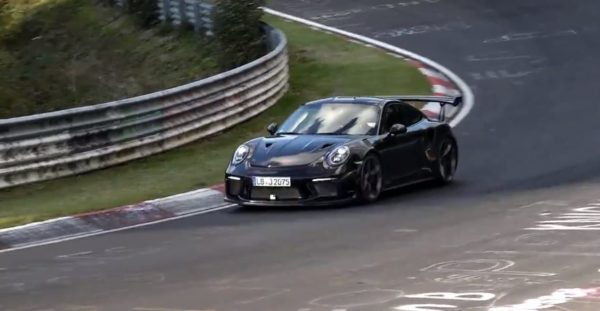 Aesthetically, there is a change in the front end of the car while the rear end and the tail-lights remain look almost identical to the outgoing model. The massive wing in the GT3-RS is staying with the latest version. Under the arches, the 991.2 uses the same tyres, Michelin Pilot Sport Cup 2 tyres, which were used by the GT3-RS and the star of the Porsche brand, the 918. 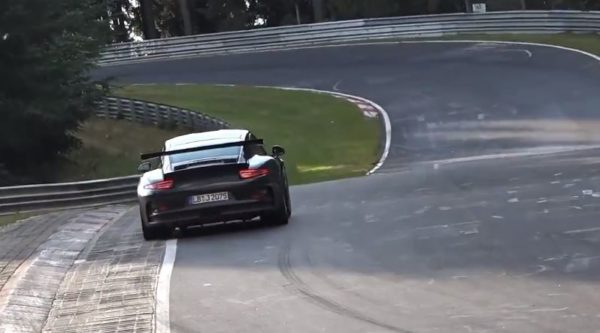 The story might be all about the Porsche GT3-RS (991.2) but if you have spare time in your hand, you might want to take a look at this video which shows a number of great cars and a fair amount of heavily camouflaged ones. A covered McLaren 675LT, a mysterious Mercedes 4-door AMG, Aston Martin, a couple of BMW’s, Audi and a Volkswagen van. If you want to skip all of this and want to pay full attention to the Porsche then skip the video to 8:20 and enjoy the glorious soundtrack of the naturally aspirated engine.