Home News Next Gen Volkswagen Tiguan to get Seven-seater Variant

According to a report, the second-gen Volkswagen Tiguan made for the international markets, will be make its first appearance at the Frankfurt Motor show in September next year. The sales for the model will start in early 2016 in the UK.

The initial second-generation Tiguan model will get a standard wheelbase variant of 2605mm length. This model will get two rows of seats and can accommodate up to five occupants. Also on offer would be a long wheelbase model with added rear legroom and a third row of seats for up to seven occupants. The seven-seater model is set to make its debut at the Detroit Motor Show in early 2016. 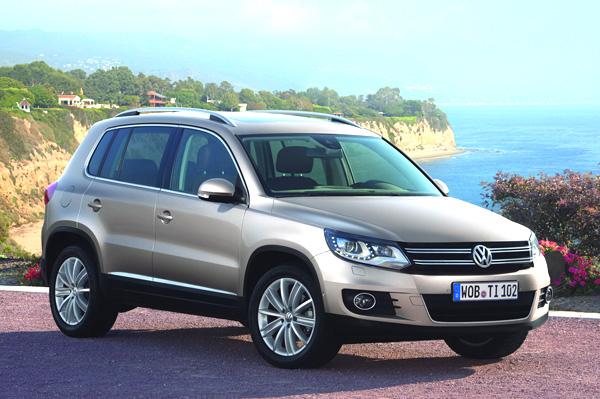 Volkswagen is bringing the new seven-seater model primarily for markets like the US, Middle East and China. The model will also be sold in Europe as part of the company’s plan to position future models further upmarket in a bid to increase profitability. The new Tiguan will ride on Volkswagen’s flexible MQB platform which also underpins the new Golf and recently unveiled European Passat. Powering the second-generation Tiguan will be an extended range of four-cylinder petrol and diesel engines. Most models will have the option of 4Motion all-wheel drive in addition to standard front-wheel drive.

The engines expected to be found under the hood of the next gen Tiguan in the international markets are 1.4-, 1.8- and 2.0-litre petrol units, along with 1.6- and 2.0-litre diesels. Volkswagen is also developing a petrol-electric plug-in hybrid model. The new Tiguan will lock horns with the Nissan Qashqai and the Ford Kuga.