Volkswagen finally took the covers off of its Euro spec 2015 Passat. However, the company has remained mum on the specifications. Moreover, this version of the Passat will not be sold in America. 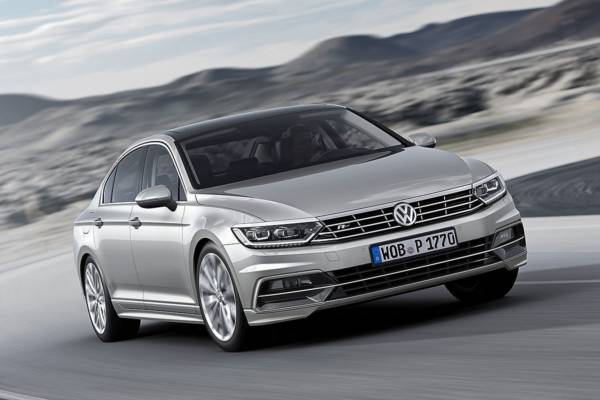 The European version will sport a long range of engines which include two versions of the 1.4-liter TSI turbocharged inline-four, making either 123 or 148 horsepower. A 1.8-liter TSI four unit rated at 177 hp, and a 2.0-liter turbo unit with 217 hp would also be available. In terms of diesel powertrains – there’s a 1.6-liter TDI unit that makes 118-hp, as well as a 2.0-liter TDI in 148, 187, and 236-hp variants. And there is more, Volkswagen will reportedly offer a 208-hp plug-in hybrid version with a 965 km combined range. However, only on the electric mode, the car can travel 50 km.

The Euro-spec Passat will have LED headlamps and taillamps, a head-up display, a range of assistance systems like Trailer Assist, Traffic Jam Assist, Side Assist with Rear Traffic Alert, City Emergency Braking and Park Assist, as well as an Audi TT-derived digital instrument cluster.

Stay tuned into Motoroids for more updates on the new 2015 Volkswagen Passat. Do share your thoughts through comments below.