The only affordable hardcore off-roader out there along with the Gurkha, the Mahindra Thar has been at it for nearly a decade. It did receive minor updates throughout its life cycle, however, a big one is on the cards and has been spotted testing out in the open. Wearing a lot of camouflage, of course, and a garage cover too. When is it expected to see the light of the day? Not before Auto Expo 2020 in all probability. 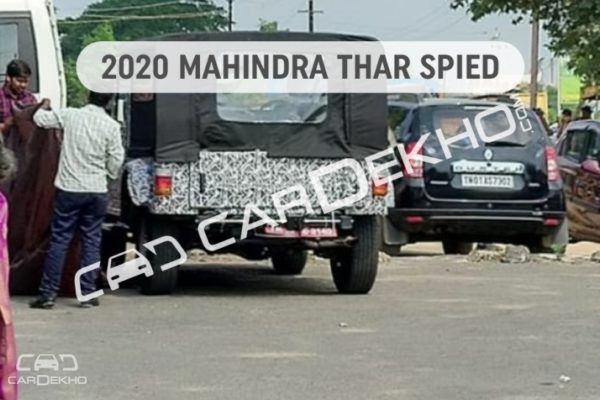 What will be new? The Next-gen Thar will be built around a new platform which will ensure that the off-roader conforms with future safety norms. The new styling will stay true to its ‘CJ5’ roots, however, the next-gen Mahindra Thar will be wider and bigger than the outgoing example. Just take a look at that massive rear tail-gate and you can imagine how wide the new Thar is likely to be. 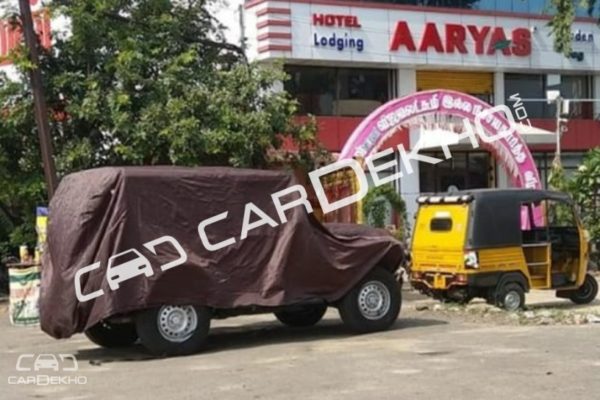 If you try and carve some lines under the veiled metal, you’d notice that they’ve fitted this test mule with a snorkel, the front wheel has massive room to move vertically, and there isn’t any body work in front of the rubber to aid approach angles. 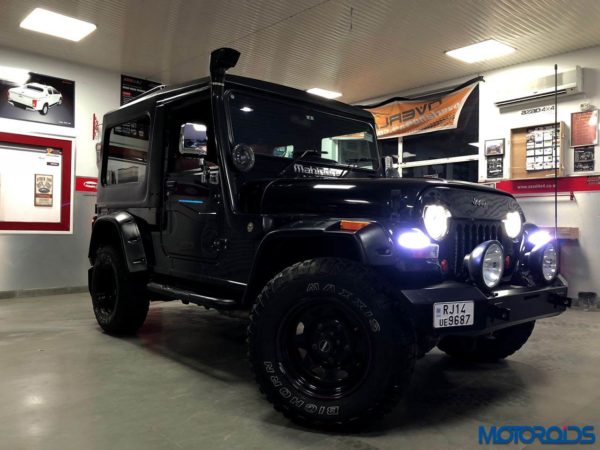 On the inside, the next-gen Thar will definitely be better than the existing example. We expect, it could carry modern-day creature comforts, better seats and overall fit-n-finish should improve too. Powering this new off-roader will be a new BS VI compliant diesel engine, which should be more powerful and efficient than the existing mill. It could well be the new super-refined motor that propels the new Marazzo.

Don’t expect any major additions to the off-roading mechanicals though, as simple and manual stuff will help keep costs down, instead of things like a shift-on-fly system. Things like ABS and Airbags will find their way into the upcoming upgrade though. The Mahindra Thar won’t witness any serious rivalry, unless Maruti changes its mind and decides to get the Jimny here. We’ll bring you more updates about this one, as and when they come through. Stay tuned for more.