In a move indicative of the tide tilting in favour of lighter, smaller and more maneuverable motorcycles, Yamaha has pulled the wraps off its new middleweight motorcycle, the Yamaha FZ-07. As the name suggests, the FZ-o7 is the smaller sibling of the model that signalled Yamaha’s resurgence last year, the FZ-09. 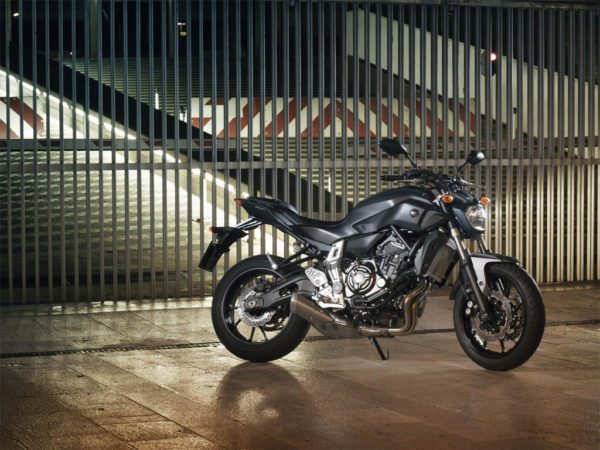 Yamaha’s move vindicates the statement we had made in one of our earlier reports; that lightweight, easy-to-handle and nimble motorcycles are the way forward to go. The urban cityscape is getting crowded with each passing day, and rush-hour traffic isn’t really a situation which you would like to face head-on with a full-faired sportbike possessing a torque-RPM curve peaking towards the fag end of the powerband.

So here we have the new Yamaha FZ-07! It is powered by a 689cc liquid-cooled DOHC inline-twin engine. Being about 25% smaller than the bigger sibling’s powerplant, the bike should be comparatively frugal. The talking point here is the engine’s ability to belt out a rumbling amount of its torque in the range of 3000-6500 rpm, the zone which our tachometer needle straddles mostly in the urban environs. This has been made possible with the help of  a crossplane crank design that reduces frictional losses and accentuates low-end grunt as well as mid to high-rpm power. What does this translate into for the end-user??

Lesser number of gearshifts, and thus a less clunkier ride on the Yamaha FZ-07! 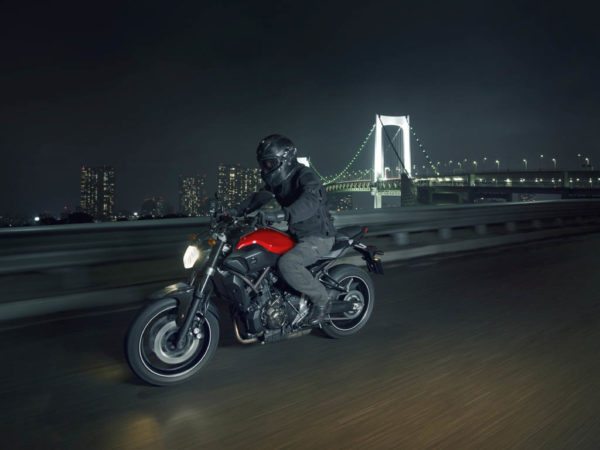 Other features of the bike that make the bike a hoot to ride within the city limits are the minimalistic bodywork, tight dimensions and a very upright seating position. This will make sneaking in and out of cramped corners possible, and will also allow the rider to weave through gaps in traffic more easily. One must also not forget that the Inline-Twin engine reduces the width of the motorcycle, and helps in improving maneuverability as explained above. Visually, the bike is quite similar to its elder sibling, but isn’t as beefy.

The smaller engine with lesser horses on tap, as well as the lighter chassis and an economical price-tag will make the Yamaha FZ-07 a compelling choice for rookie riders. It is a formidable motorcycle that won’t leave one wanting for the adrenaline surge, yet it will be an easier beast to tame. Yamaha claims that it saw a 14% increase in worldwide sales on the back of the FZ-09 wave. Certainly, the FZ-07 has a huge burden of expectations to carry on its shoulder. 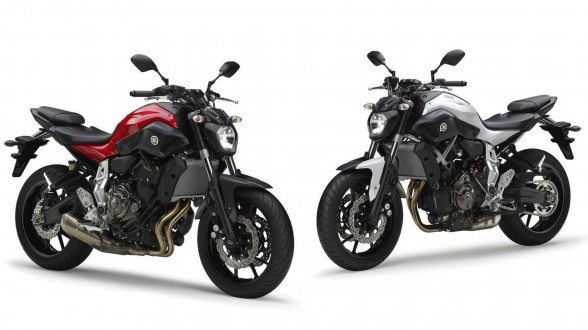 The eye-catching new Yamaha FZ-07 comes at a frugal price of $ 6,990. A back-of-the-envelope calculation translates this price to about 4.2 lakhs INR, devoid of taxes and other factors. However, we must say that the pricing does end up as one of the desirable factors of the FZ-07. Colour options include :

We definitely want to get our hands on one of these muscular machines; don’t you?