Tata Motors unveiled the Zest compact sedan and the Bolt hatchback before the  Auto Expo 2014 in Delhi. Even after unveiling the cars, Tata has been testing the new cars with camouflage. Recenlty, Tata has started testing both the cars with the promotional camouflage and now our reader Praveen Jadhav has caught the Tata Zest on video while it was on its routine test run on the NH4. 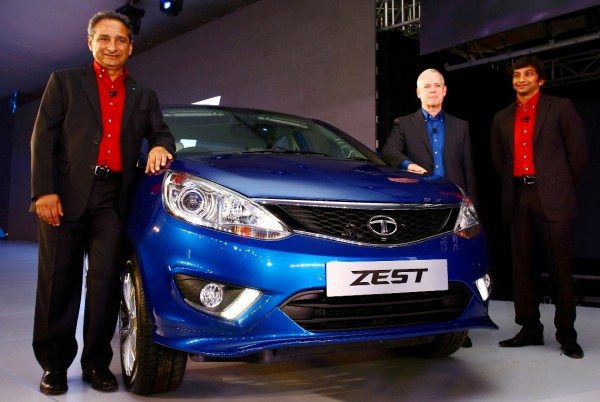 According to Tata Motors, the name Zest “signifies enthusiasm for life, for the sense of excitement, anticipation, and energy it brings, approaching life as an adventure. It is all about being vivacious and energetic”. The Zest has been designed by Tata Motors’ design studios in Pune (India), Coventry (UK) and Turin (Italy).

Speaking about the dimensions of the Zest compact sedan, the car is 3995 mm long, 1695 mm wide and 1570 mm high. The Zest tips the weighing scales at 1,106 kg and is equipped with a fuel tank which can hold 44 liters of fuel. The Zest will also feature EPAS (Electronic Power Assisted System), with ‘Active Return’ function and speed sensitive power steering.

Stay tuned to Motoroids for more dope on the Tata Zest launch and other details.