If a new report is to be believed, Tata Motors is set to unveil the production ready version of the H5X SUV later this year. The concept model, which made its debut earlier this year at the 2018 Auto Expo, will reportedly be unveiled in November 2018 while the launch is expected to take place early next year. 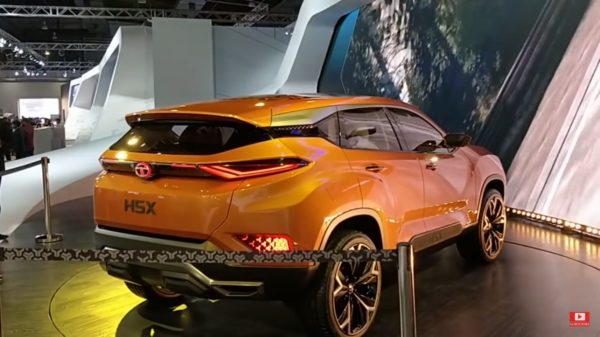 Based on Tata Motors new Omega platform, the H5X will feature the company’s Impact 2.0 design philosophy. The h5X was recently spotted testing in India with the production spec body, hinting that the launch is not far away. With Tata Motors reportedly planning to unveil the production ready h5X in November, the company will have a few months to showcase the model across the country and gauge the response of the customers prior to the launch in early 2019.

Check out the walkaround video of the Tata H5X Concept below:

Details reading the engine specifications remain unknown at the moment although the upcoming Tata H5X SUV is expected to source power from a Fiat sourced 2.0-litre four cylinder engine. This 140 hp diesel motor is the same unit seen on one of it’s rivals, the Jeep Compass. Transmission options on the model could include a six speed manual unit and a nine speed ZF automatic unit. A 4WD system could also be offered with the H5X.