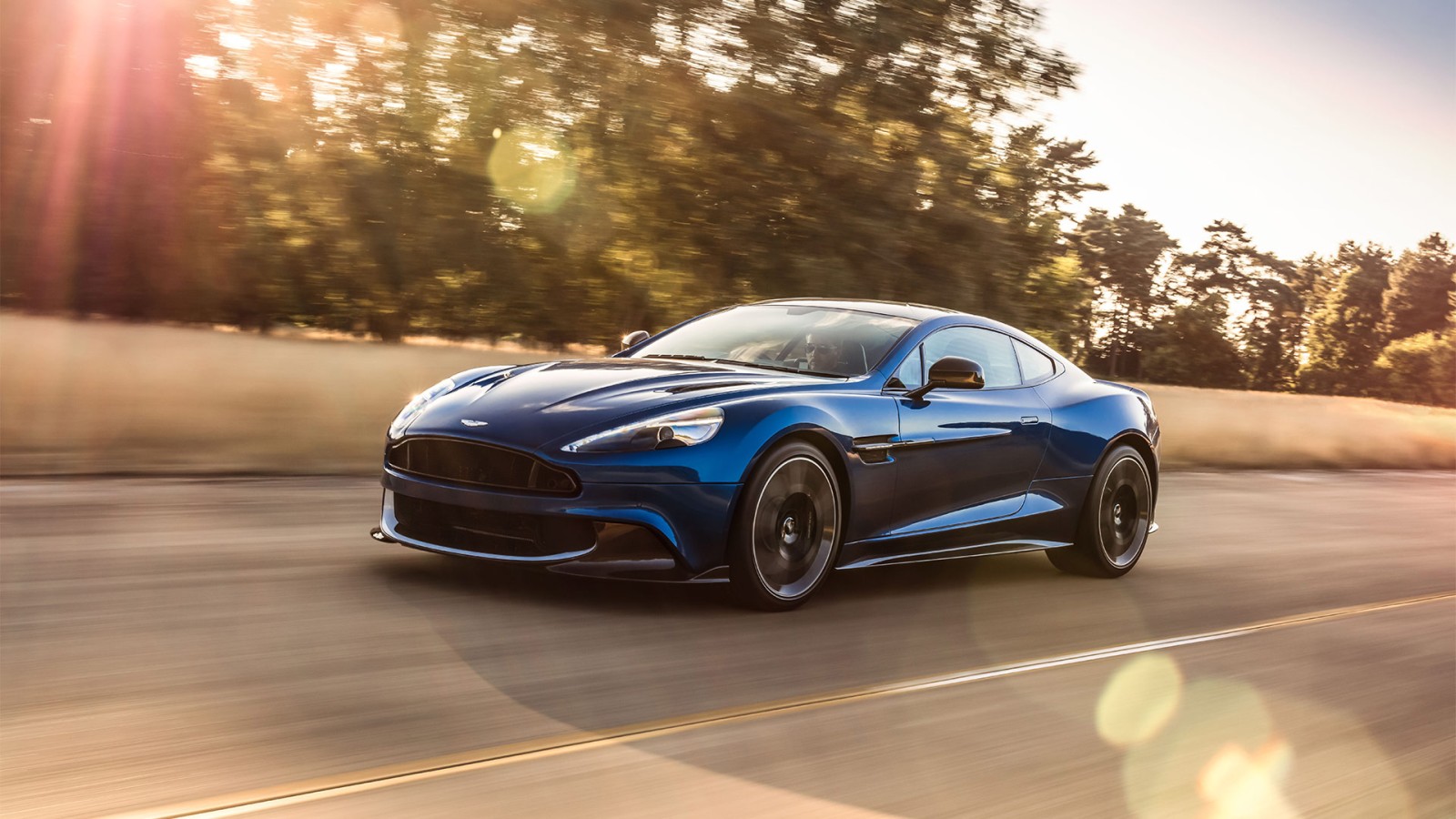 Aston Martin has revealed the second generation model of its Super GT, the Vanquish S. With an improved engine under its hood and enhanced chassis and aerodynamics the Vanquish S is here to deliver better performance than its previous gen model. The new Vanquish S will be available in both Coupe and Volante versions and the deliveries will commence in December 2016. 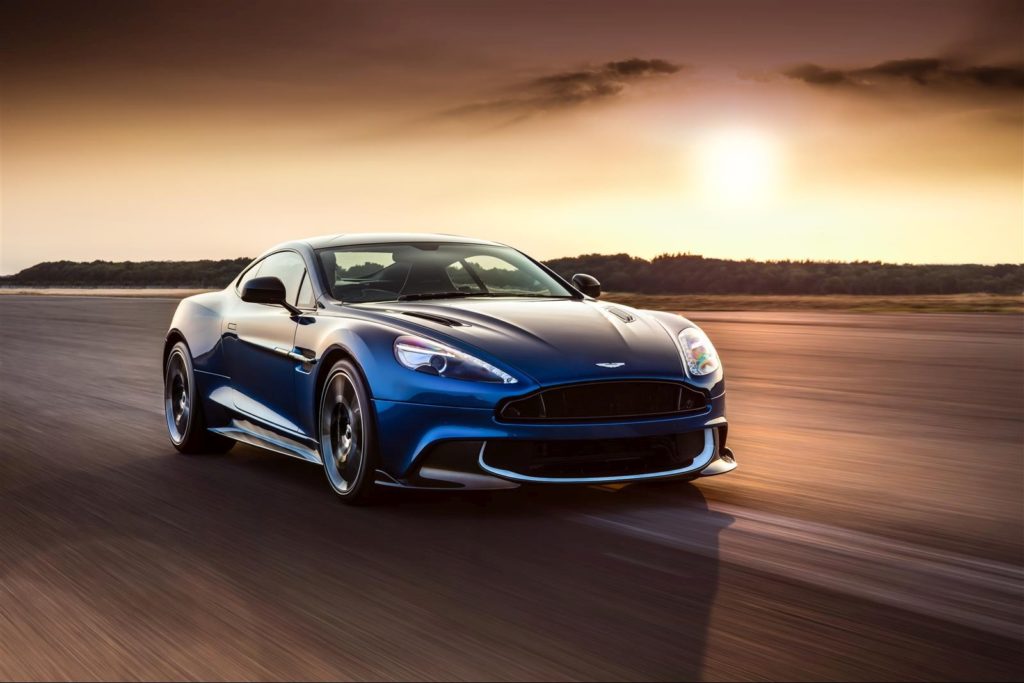 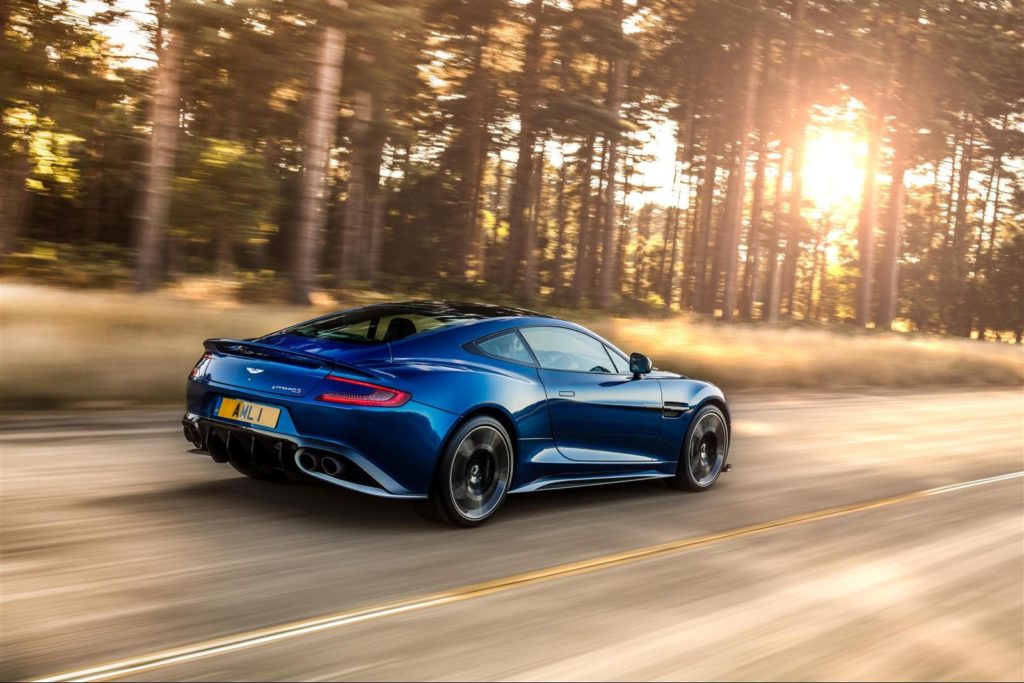 On the visual front, the Aston Martin Vanquish S gets an edgier styling and bodywork that infuses a new aerodynamic package. The Vanquish S gets a reworked front grille and front bumper. The billet-style insert on the radiator grill has been replaced with a honeycomb mesh that is outlined by a carbon fibre component. The bumper gets a newly styled air dam and revised front splitter created with exposed carbon fibre. 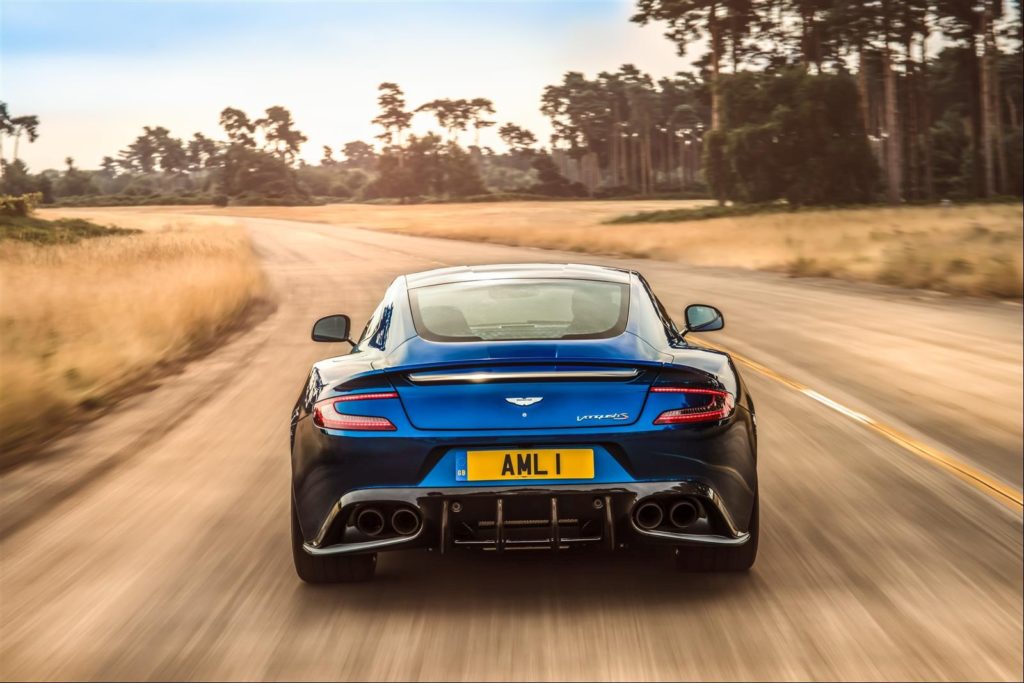 The rear gets a new quad exhaust outlets and a new rear diffuser that is said to work in combination with the front splitter to deliver a reduction in frontal lift with a minimal penalty in additional drag. With the standard features mentioned above, Aston Martin offers new a range of customisation options. These include carbon fibre bonnet air intakes, new forged 5-spoke diamond turned wheels and a choice of painted graphics packs. 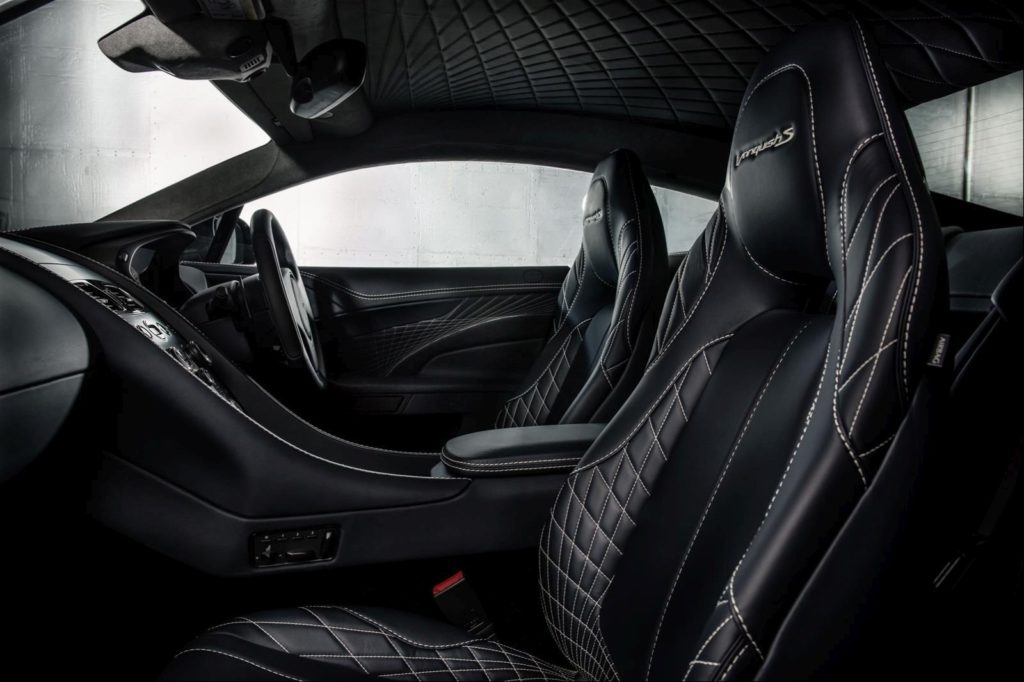 Under the hood of the two-door coupe is a naturally-aspirated 6.0 litre V12 engine. This v12 units is mated to a 8-speed Touchtronic III transmission and can fire out max power of 603PS (594hp) and its peak torque of 630 Nm kicks in at 5500 rpm. The transmission has received some touch up as well that allows it to deliver faster gearshifts and improved refinement at low speeds. The Vanquish S can go to 100kmph from a standstill in 3.5 seconds and do a top speed of 323kmph. 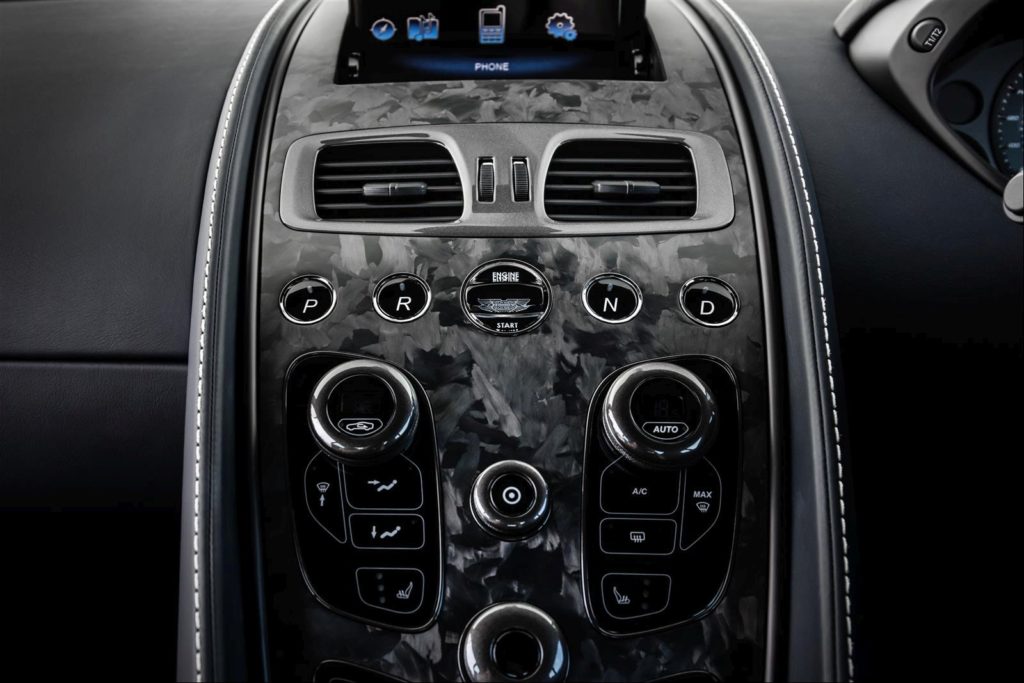 Also, the throttle response is complimented by the larger volume inlet on the freer-breathing intake system. Other retuned bits include, the suspension, damper internals, spring rates and anti-roll bar bushes. Customization options for the interior include a choice of  Filograph quilted leather design options, Satin Chopped Carbon Fibre fascia panel, Weir Caithness leather, and ‘Vanquish S’ embroidery on the headrests. The grand tourer is also fitted with a Bang & Olufsen audio and the AMi III Infotainment system with all new satellite navigation. 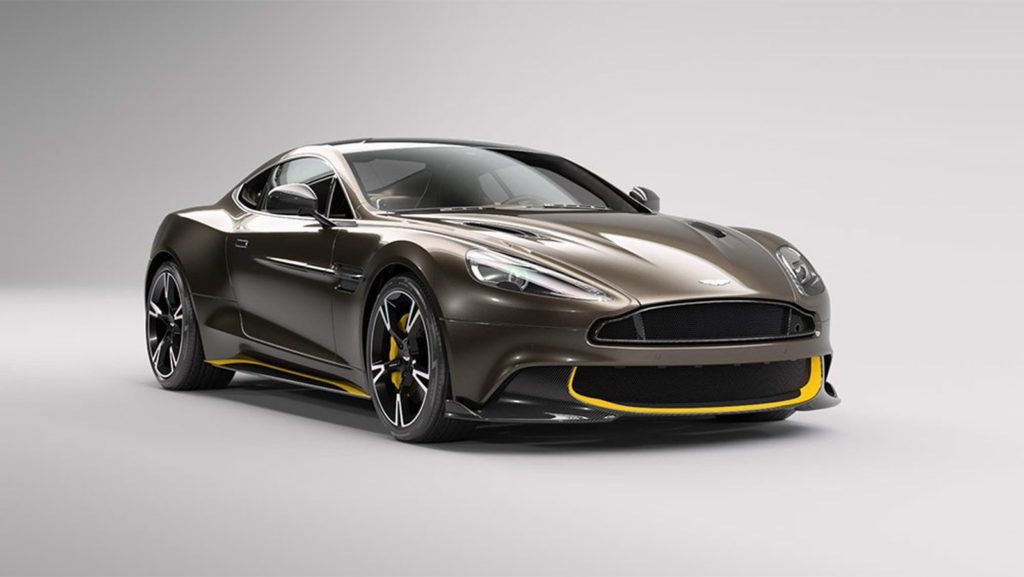 Dr. Andy Palmer, Aston Martin President & CEO said that from the moment the original Vanquish was launched it became a modern icon. It propelled Aston Martin from an era of hand-built cars to one where craftsmanship and technology combined to create a new kind of great British GT. 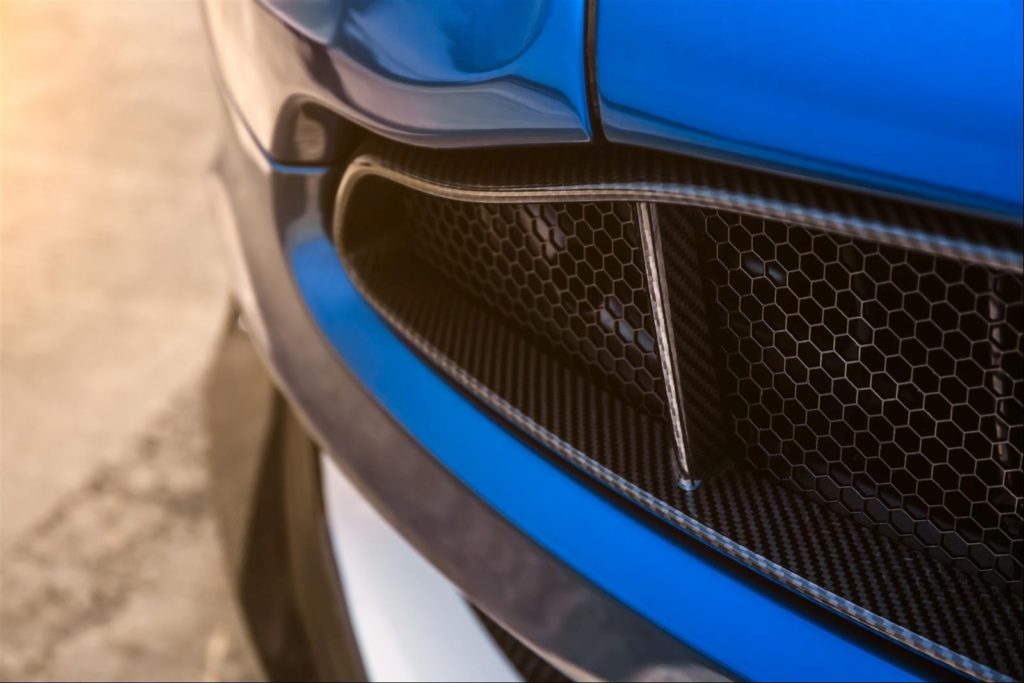 He further added that in its second generation the Vanquish maintained that momentum with huge engineering advances such as its all-carbon fibre bodywork and compelling, contemporary styling. Now, the Vanquish S takes things a step further, confidently asserting itself within the Aston Martin range and distinguishing itself from the new DB11. A spectacular machine in every sense, the Vanquish S is a magnificent addition to the range.”

Here is an image gallery of the new Aston Martin Vanquish S, click the thumbnails to expand!