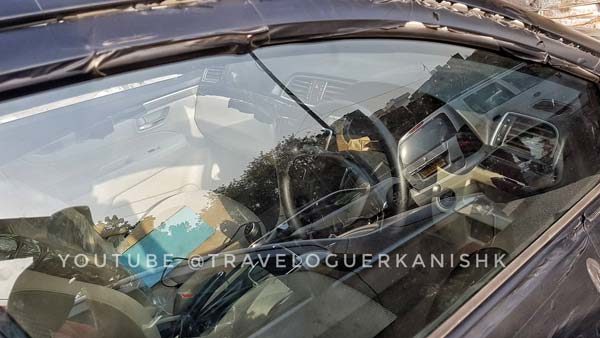 As seen in the spy image, the Ciaz facelift test-mule features a new three spoke steering wheel similar to that of the S-Cross, and comes equipped with cruise control, the switches for which can be seen on the right hand side of the steering wheel. Another noticeable change is the dual tone theme for the interiors which now receives a new trim for the HVAC controls as well as the doors.

Updates to the exterior of the new 2018 Maruti Suzuki Ciaz facelift will include a new front fascia that includes a new bumper with chrome surrounds for the fog lamps, new sleek grille flanked by redesigned headlamps with a brow shaped chrome insert. The 16 inch alloy wheels will be slightly different then those of the outgoing model while the rear of the vehicle will see a refreshed bumper and tail lights with LED inserts. 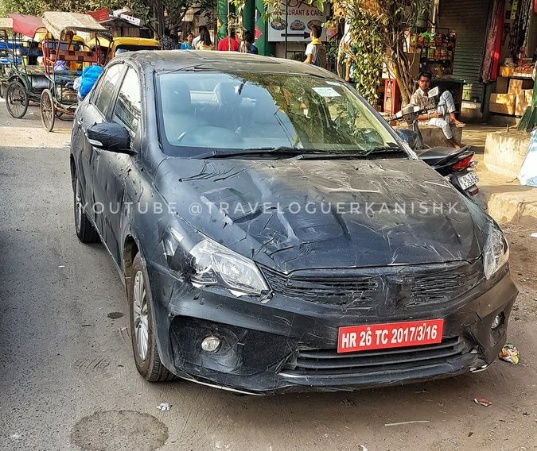 Powering the upcoming Maruti Suzuki Ciaz facelift will be an all new 1.5-litre petrol engine that will replace the 1.4-litre motor on the outgoing model. The company will also offer the 1.3-litre diesel unit, which would later be replaced by a new 1.5-litre diesel engine. A few reports suggested that the five speed manual transmission might be replaced by a six speed unit although there is no confirmation on the same as yet. Stay tuned for updates.