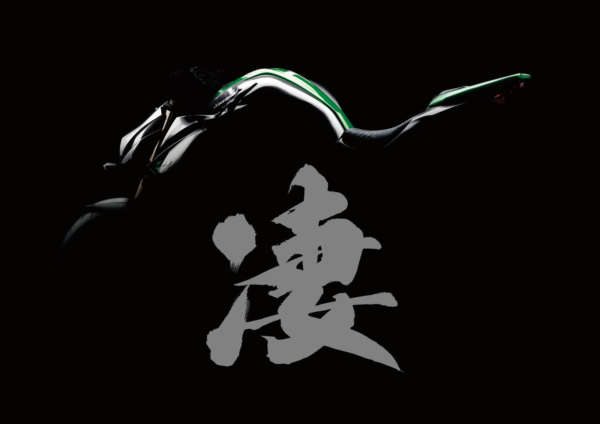 Now, Kawasaki has released the second teaser (seen above) of the upcoming 2014 Kawasaki Z1000.

The usage of Japanese word “Sugomi” can be seen in both the above images. This word translates into dreadfulness/ghastliness/weirdness and has always been associated with Kawasaki’s Z series of motorcycles. All this means that the upcoming 2014 Kawasaki Z1000 could borrow plenty of design cues from the Kawasaki Z800 and the Z250 motorcycles.

Our sources have informed us that while the 2014 Z1000 will continue to sport the traditional aggressive dual-lamp headlight design, it would get projector lamps instead of a regular halogen setup. Also, the bike would get a rather rakish tail light.

We are eagerly awaiting to lay our eyes on the pics and details of the 2014 Kawasaki Z1000, Stay tuned to Motoroids for more dope on the upcoming Z1000.