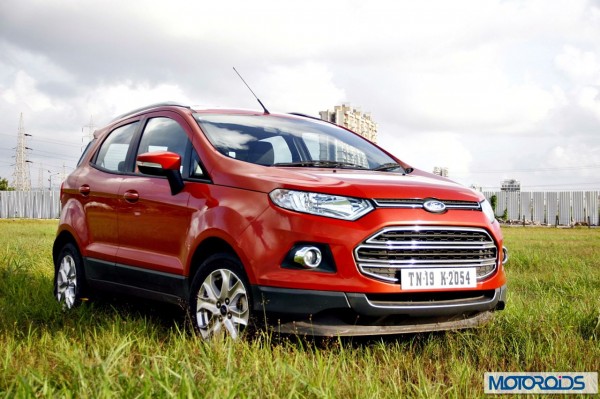 After having served to you one of the most detailed reviews of the Ford Ecosport with the new on the block 1.0 Ecoboost engine, we recently got hold of the compact SUV propelled by the 1.5 liter TDCi oil burning unit. The tried and tested diesel engine, which has been seen earlier on the feisty Fiesta, makes for a more sensible option for those clocking higher than average mileages and looking for an option which could cut their fuel bills substantially. 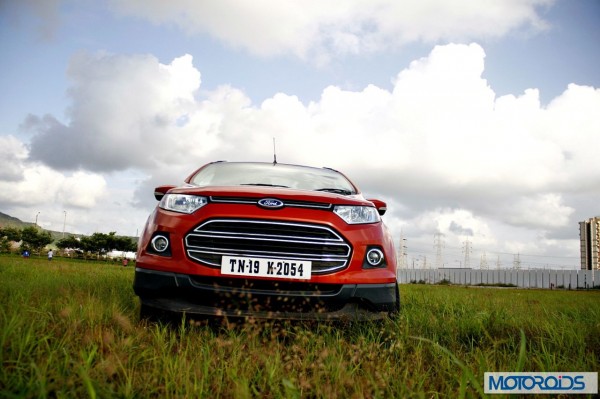 The 1.4 TDCi diesel unit on the erstwhile Fiesta (Fiesta Classic now and Figo) has always been known for its linear power delivery, good fuel efficiency and strong mid range torque. In its new, 1.5 –liter avatar, as witnessed on the new Fiesta, the oil burner builds on its predecessor’s stellar reputation, delivering more punch without compromising any of its high points.

We drove the Fiesta 1.5 TDCi for a good 300 km, on varying surfaces and road conditions – from the harrowing stop start traffic conditions of Mumbai to the concrete surfaced ecstasy termed as Expressway in colloquial language, and guess what, we came away dazzled with this amazing piece of machinery, just the way we did when we drove it the first time on the scenic Goa roads. 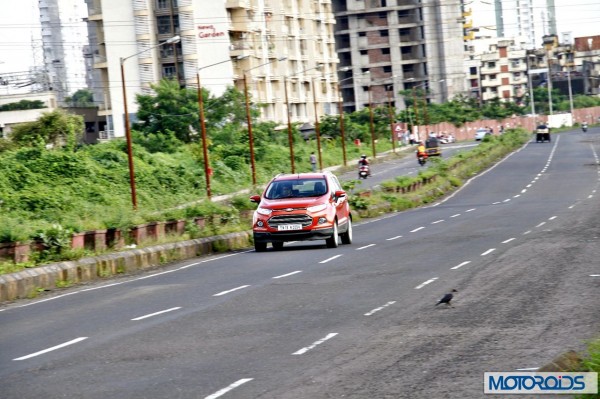 Since we have discussed the design, features and all the other aspects of the Ford Ecosport to the last detail in our earlier exhaustive review, we will keep our discussion limited to the qualities of the oil burning unit and the way it affects the driving experience as a whole.
Let’s start with the specs. The 1498cc turbocharged diesel engine runs on a modest compression ratio of 16:1 and manages to produce a respectable peak power of 91 PS at 3750 rpm and peak torque of 204 Nm between a favorably low and wide rev band of 2000 – 2750 rpm. As mentioned earlier, on paper as well as in the real world those figure endow the Ecosport diesel with low rev tractability, which means great drivability in city conditions, good overtaking capabilities and resultantly, good fuel efficiency. 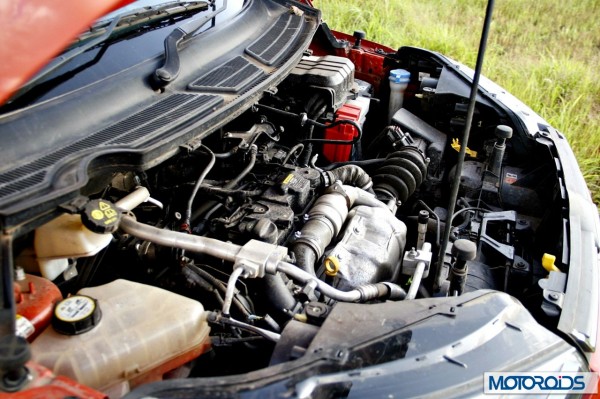 The 1.5 liter diesel engine is a little bit chattery as it wakes up, but settles down once warmed up. The engine is quite smooth, and coupled with the diligent measures taken by Ford to ensure that the cabin is well insulated from exterior noises of all sorts, allows for a quiet experience for the occupants. From behind the wheel, and for the passengers, the Ecosport offers a really hushed cabin. Even wind and road noise is extremely well contained. 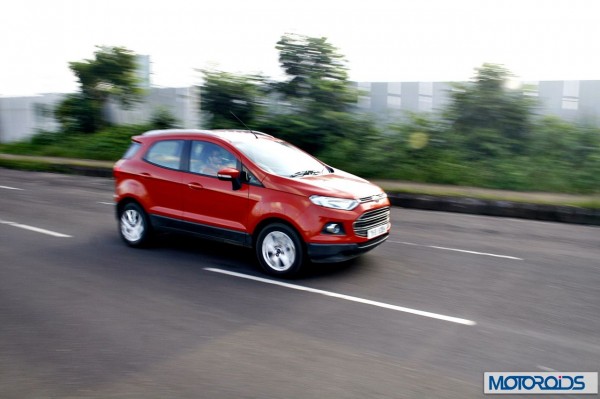 On the move, the engine surpasses its peers as regards low end power delivery. There is enough pull even at the bottom of the rev range, and post 1500rpm you start getting a convincing shove to accelerate ahead with confidence. This diesel unit isn’t a scorcher, but a balanced performer which delights you with its easy going, but confident demeanor and has ample punch to occasionally gather a brisk pace if you so wish.

Cruising at 100-120km/h on the highway is a breeze, with the engine totally relaxed and the tacho needle hovering around the 2000-2300 rpm mark in fifth gear. Overtaking most of the hatchbacks and smaller sedans isn’t much of an issue, but with its relatively modest top end, the gear stick and the right pedal require a bit of playing around with if you want to go all guns blazing. 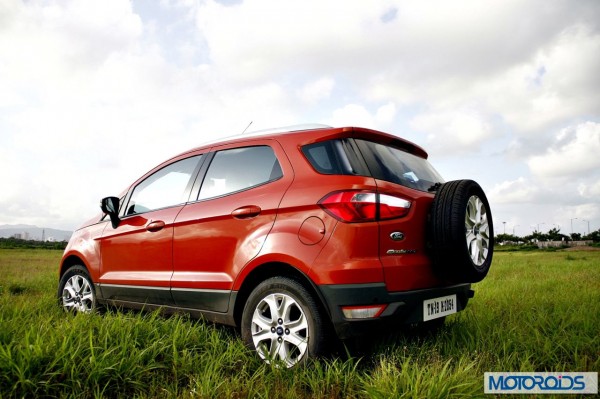 The engine, which is very composed and quiet upto 4000 rpm also gets a bit noisy when you hit the upper limit of the rev range. The Ecosport diesel feels effortless till 145 km/h beyond which it gasps a little while building speed.

We must, however, state here that with its fantastic dynamic ability and a light, but true steering, the Ecosport remains an absolute delight to drive even with a not so overwhelming top end. We absolutely loved our drive to and back from Pune, and realized how superior this compact SUV to the other cars from the price segment we had driven recently on the same stretch, based on its poise and engine behavior. In the real world, the Ecosport doesn’t give the discerning driver a chance to complain, unless it’s an out-and-out performance oriented car that you’re looking for. 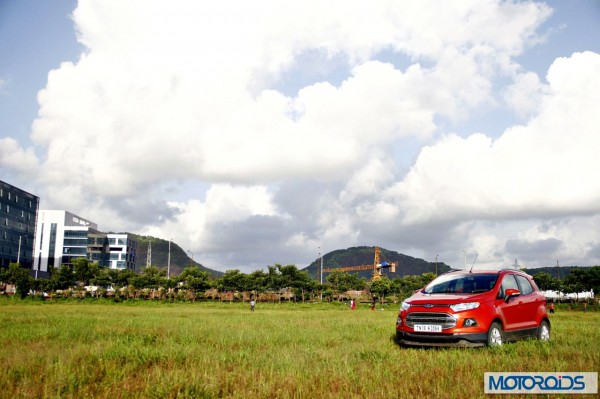 In terms of handling and driving dynamics, the Ecosport retains the handling oriented suspension of its petrol sibling. It’s tuned on the stiffer side, and the front suspension gets a tad stiffer than on the petrol variant owing to the heavier weight of the engine. It feels a tad bouncy at slow speeds on rough surfaces, but settles down beautifully as the car gathers speed. Body roll is minimal, and the Ecosport even after being an SUV drives better than most of the sedans in segments below and above it. It’s a genuine delight to be behind the wheel of this beauty. There are very few mainstream cars which invite you behind their steering wheel even after you have driven them for years at end – the Ecosport is one such car. 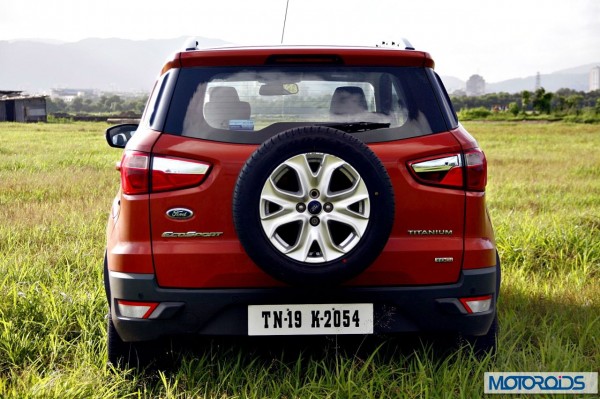 Finally, coming to the fuel efficiency, we managed to extract a little more than 16kmpl from a drive cycle which comprised about 20 % city and 80% highway driving. This is not a bad figure at all, for at no point at time were we in a mood to enhance the fuel efficiency of this machine, with the pedal on most occasions finding itself stuck against the floor.

Next page for price, verdict and image gallery>>>

With a price of Rs 9.0 lakh ex-Delhi for the top of the line Titanium (Options) variant, the Ecosport diesel, even with the recent price hike offers terrific value for money. It’s loaded to the gills with features (see the features list below), has a fantastic engine, great driving dynamics and more character than any other car we can think of in its price segment. 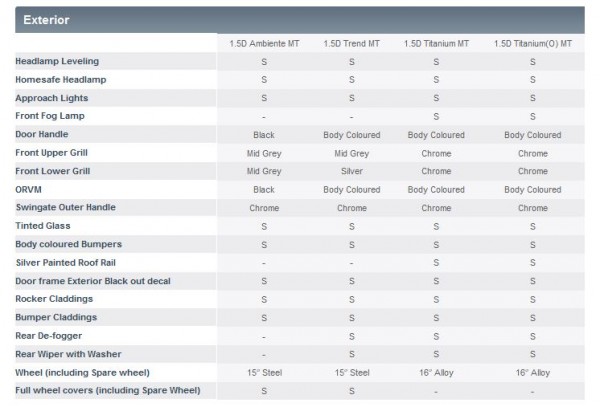 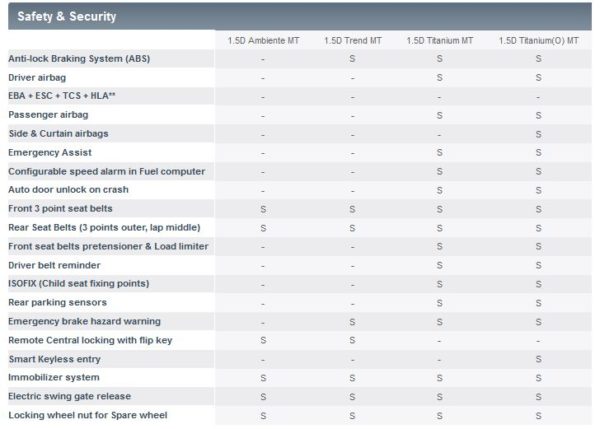 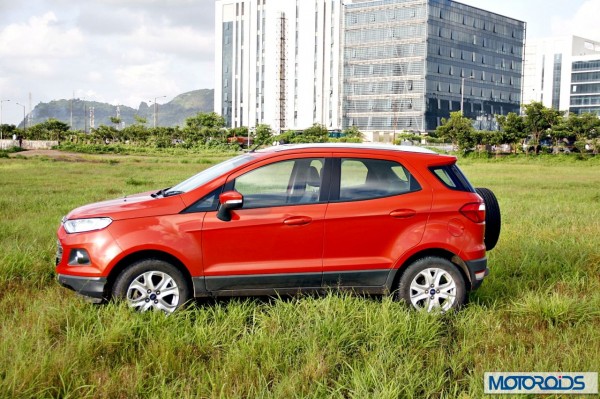 Like we mentioned in our earlier review, the only Achilles Heel of this fabulous machine is the space inside. If you are looking at a proper five seater with a barn for bootspace, then this car is not for you. If that’s not a problem, there isn’t a reason why you should not consider this fabulous machine before making a decision.