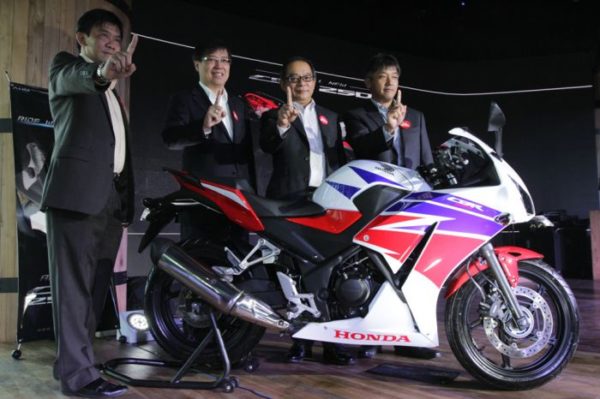 For instance, the engine of the updated model has been re-tuned to pump out a higher max power of 29 hp at 9,000 rpm. The motor develops a peak torque of 23 Nm at 7,500 rpm. The pre-facelift model, which is currently on sale in our country, enjoys a max power output of 26 hp at 8,500 rpm and peak torque of 22.9 Nm at 7,000 rpm. The enhanced power output for the facelift is due to Honda making some changes to the structure of the bike’s DOHC, 4-valve, 6-speed, single-cylinder, liquid-cooled engine. These changes include enhanced gear shift ratios, optimized airways and new engine valves.

As can be easily made out, the CBR250R borrows its new apparels from the new 2014 Honda CBR300R. Unlike what was being expected earlier, the CBR300R won’t replace the 250R and instead, the two bikes are expected to be sold alongside in certain parts of the world. For India though, there are good chances that the CBR250R would make way for the new 300cc sibling.