Renault is gearing up for its next big launch in India, this festive season. The Captur will be the second compact SUV from the French carmaker and it will sit just above the Duster range in terms of price and positioning. While the rugged Duster tries to appeal to people with its utilitarian and butch approach, the Captur is much softer for your eyes. The new car will feature typical Renault curves which are in line with other, more modern cars in its international range. 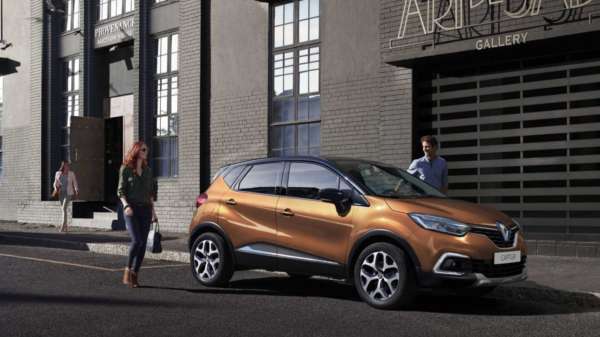 Up front, you get sleek full LED headlamps with signature Renault eyebrows. The headlamps are likely to be connected by a thick gloss black bar with a big lozenge logo in the middle. The fog lamps cluster will be surrounded by C-shaped LED DRL elements.

The sides will get heavy haunches with a distinct character line running from the front to the rear. The lower portion of the doors will also receive heavy plastic cladding to protect it from nicks and dents. At the rear, we expect to see small taillamps with distinct LED elements. 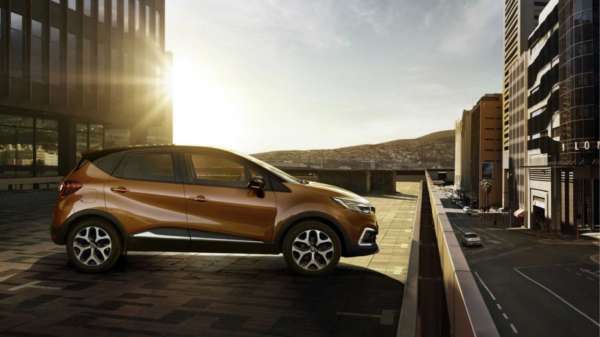 The Indian market will be the first to receive the Captur in the right hand drive configuration. It will be based on the B0 platform from the Duster and is likely to retain the engine options from its humbler cousin. Expect to see the same 1.5 Litre 105 BHP H4K petrol and K9K diesel motors. The 85 BHP diesel motor is, however, not expected to be carried over.

The SUV is likely to receive only the 2WD 6-speed manual option for now, with the automatic CVT and AMT gearboxes and all-wheel drive options being carried over within a year of its launch. Ride and handling, which have always been the strong suit for Renault are expected to be class leading.

The dual tone beige and black dashboard is likely to retain a similar modern waterfall design with the 7.0 inch touchscreen occupying the centre-stage. Both front and rear seats are likely to offer good comfort and legroom, even as the boot space at 387 litres will be lower than its competitors.

Internationally, the Captur is famous for the various customization options it offers to the customers. Dual tone exteriors and special interior trims are some of the choices which are likely to be offered to Indian buyers.

Russia receives an extended wheelbase version of the Captur. Even though we had heard rumours that Renault might be considering the longer version for India, the spy shots of the car suggest that it is the standard global version which will make it to our shores.

Previously, the Captur has been spotted being benchmarked against the Hyundai Creta, suggesting that the pricing of the new SUV could directly go up against the successful Korean. Renault is likely to bank on heavy localization levels for the Captur. Expect a starting price of around INR 10 Lakhs which could go up to INR 15 Lakhs for the fully loaded top-trim.

News
,
Renault Kaptur
,
Upcoming Launches
,
Motoroids Comments
Facebook Comments
Leave a Reply Cancel reply
Popular Stories
Hyundai Creta 7-Seater Version: What Could It Be Like?...
Kawasaki Ninja H2 Gets Badly Hurt After Supercharged Rider Makes A Mistake...
TVS Motor Company And Sundaram Clayton To Spend INR 30 Crore To Fight The Virus...
Tom Cruise Mounts A Made-In-India Motorcycle For Next Mission Impossible Instalm...
Innovation In The Time Of Crisis, Only To Get Home...