Motoroyale by Kinetic has taken everyone by surprise and gone ahead and launched 8 motorcycles in one day. Two of these motorcycles were the previously expected SWM SuperDual that is available in the form of two variants. For those of you that don’t know SWM stands for Sironi Vergani Vimercate Milano and it was started in the 1970’s. They specialized in making off-road motorcycles and are based in Varese, Milan. Sadly the SWM brand was liquidated back in 1984, until its recent resurrection in 2014 where it displayed 6 new motorcycles at the 2014 EICMA and got funded by the Shineray Group which is a Chinese company.  With its help, it has continued manufacturing motorcycles in Italy and managed to get its hands on old Husqvarna engines that it still uses. 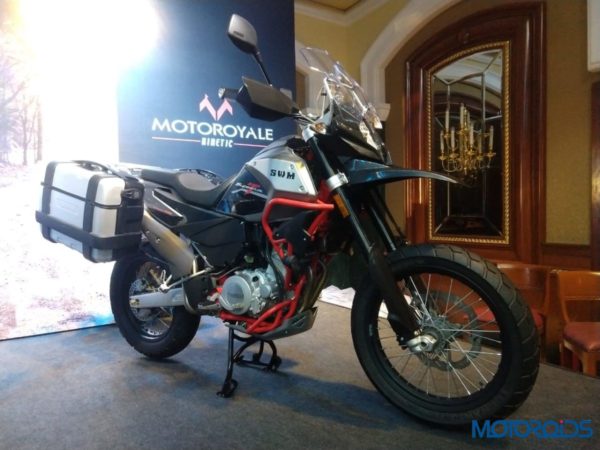 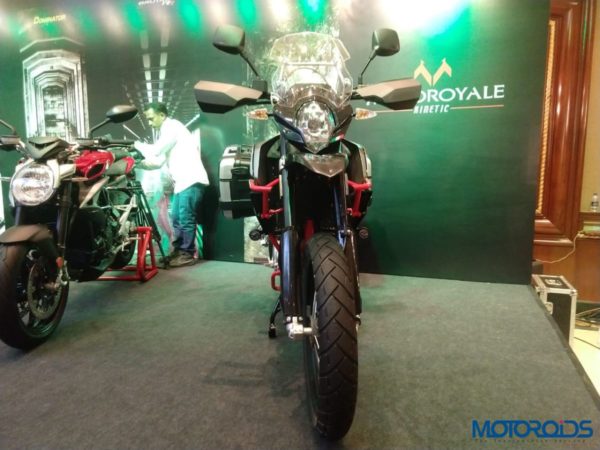 The GT pack includes a pair of 33-litre aluminium side panniers. As standard, the Superdual features a tall windshield, handguard for off-road use, LED auxiliary lamps, a 12V charging socket, a luggage mounting rack and guards for both engine and the fairing. The Superdual T comes powered by a 600cc single cylinder, liquid cooled motor that puts out 53 bhp of power @ 7,500 rpm and 53 nm of torque @ 6,500 rpm while being mated to a 6-speed transmission. 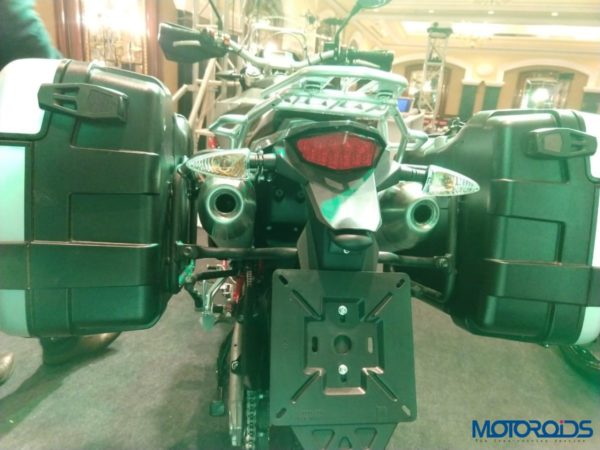 It will go up against the likes of the Kawasaki Versys 650 and the recently launched Suzuki V-Strom 650 XT. The Superdual Base T gets a 19-inch wheel in the front and 17-inch ones at the rear that will be wrapped in Metzeler Tourance tires (180 mm of ground clearance). The Superdual features a 45 mm USD front forks that offer 210 mm of travel and is manually adjustable, while at the rear, there is a mono-shock that offers up to 220 mm of suspension travel. 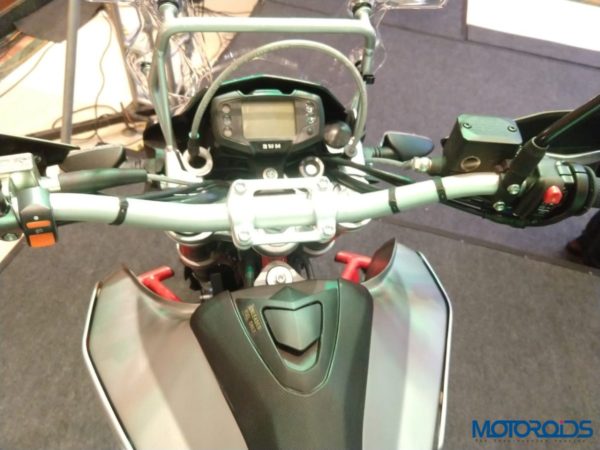 Braking is taken care of by a 220 mm disc at the rear and a 300 mm disc at the front, while the biting will be taken care of by Brembo’s brake callipers. Additionally, it will feature a fuel capacity of 18 litres, switchable Enduro mode and dual-channel ABS as standard. Kinetic is likely to assemble this adventure motorcycle at its Aurangabad facility and bring it in through China via the CKD route.