With the new Continental GT 650 from Royal Enfield out now, let us remind you of the old Continental GT 535, powered by a big single. The bike was taken off the product range sometime back to make way for the new model line up. However, there still are a number of these bikes running on the road right now and here is one such example, modified into a brilliant, sort of adventure-ready blend of a café racer and a scrambler. 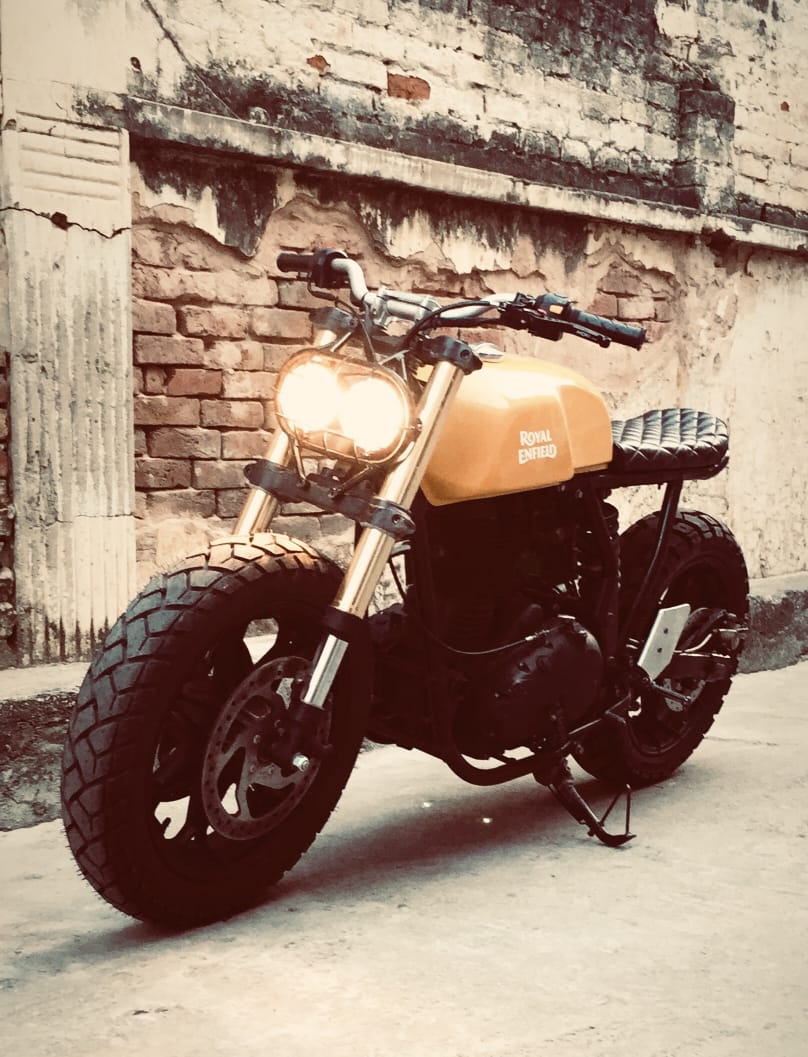 The first thing to catch your attention on this job would be the rather wide set of knobby tyres, wrapped around 17-inch alloys from a Harley Davidson Street Rod. They seem to be a bit more off-road biased and could help the bike tackle some trails. The fenders have been deleted at both ends, giving the bike a raw appearance. The brakes have been given an update as well as we see a dual disc set-up in the front and a much larger disc is placed at the rear. The seat appears to float out of the tank and looks very nice with that quilted pattern. The headlight has been changed in favour of a custom made dual headlamp set-up. The clip-on type handle has been replaced with a conventional handlebar, to make it easier for the rider to pilot this thing. 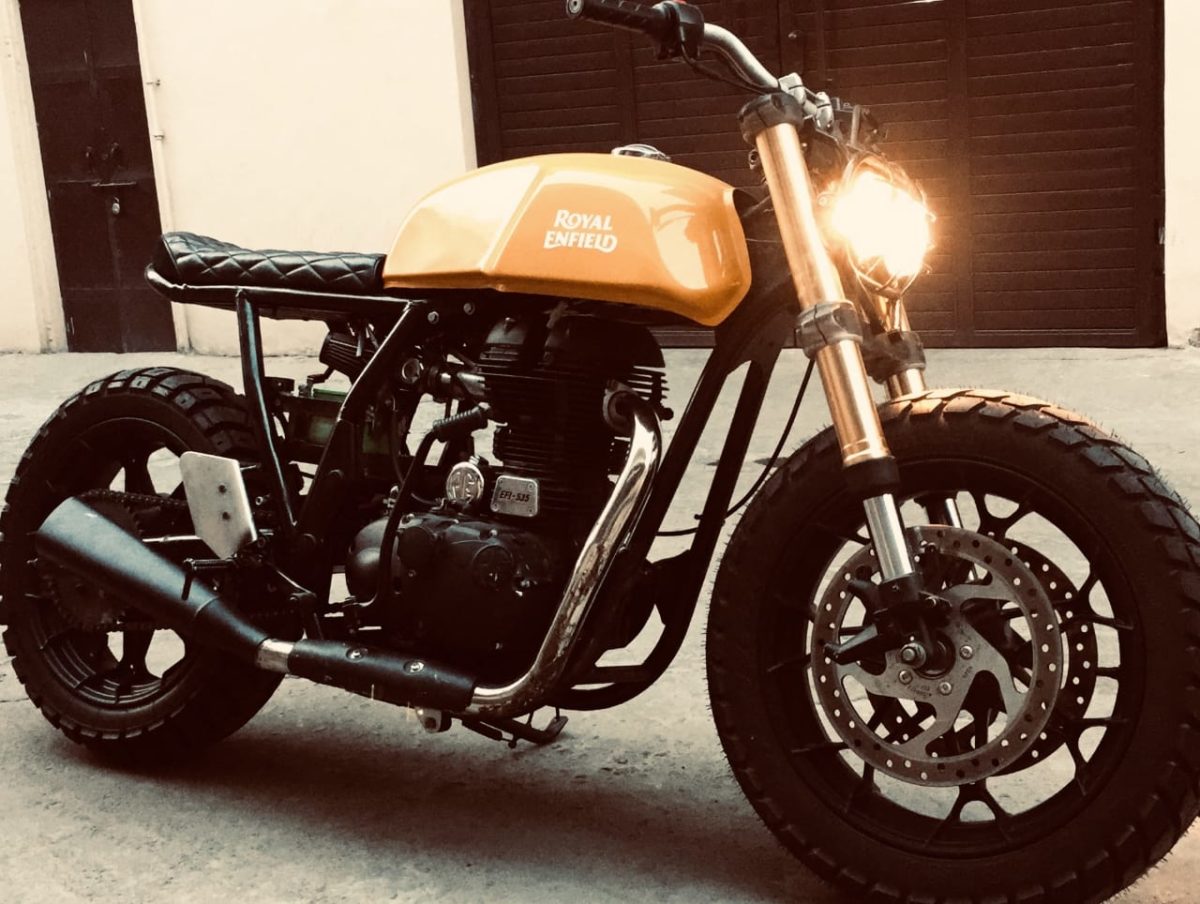 Also Read: VIDEO: Checkout The Sound Of The Grid7 Performance Exhaust For The Royal Enfield Interceptor 650

The suspension has been changed too. The front end gets WP USD suspension and the rear units have been removed to use a monoshock unit. Mechanically, the bike seems to remain unchanged, just for the exception of a new exhaust. The Continental GT 535 used a 535 cc, single cylinder, air-cooled engine. The bike generated a maximum power of 29.1 hp and a maximum twist of 44 Nm. The peak power came in at 5,100 rpm while peak torque comes in at 4,000 rpm. Below are some more images of this mod job, seen on the Instagram profile Gunner_Moto.