The Hyundai Creta is a much-loved vehicle in our SUV obsessed country for everything that it offers. A feature-packed product, the Creta has been popular for being an effortless machine which tackles the urban jungle and our kind of road conditions with ease. It isn’t a hardcore off-roader though and not the kind of vehicle which is built for seriously rough challenges. However, someone thought otherwise. 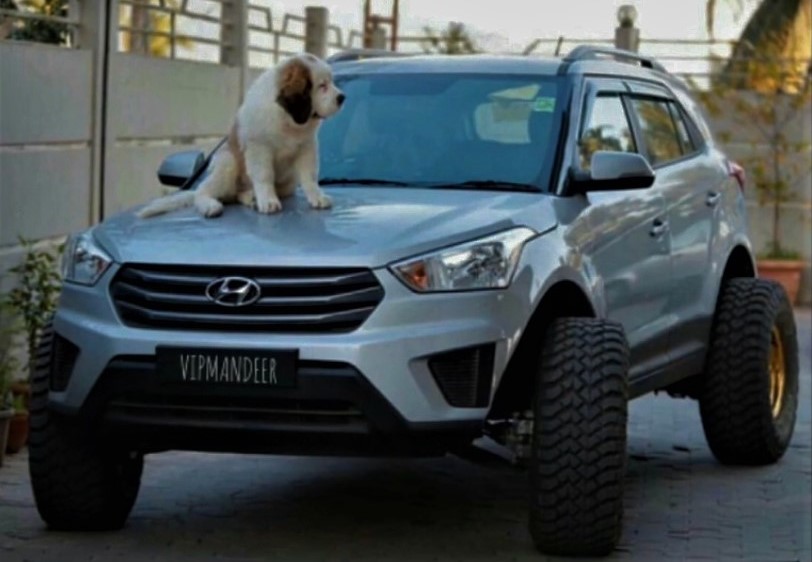 Details about the exact changes aren’t available, although visual inspection is enough to understand that a part of the front bumper was axed to widen the wheel well, the axle was probably extended and changes could’ve been made to the suspension setup. All of that, just to accommodate the seriously wide, 33″ tyres which increase the Creta’s track so much, all of the tyre’s width flares out of the bodywork. Oh, there are 15″ gold-finished wheels to add some glam too.

The Hyundai Creta offers no choice of a 4×4 drivetrain in India so we don’t know how the increase in width enhances this car’s capabilities, but it looks more like a job which is meant to attract attention rather than something which enhances the functionality. What must’ve gone for a toss with this mod for sure is fuel economy, performance and the way this example rides and handles. 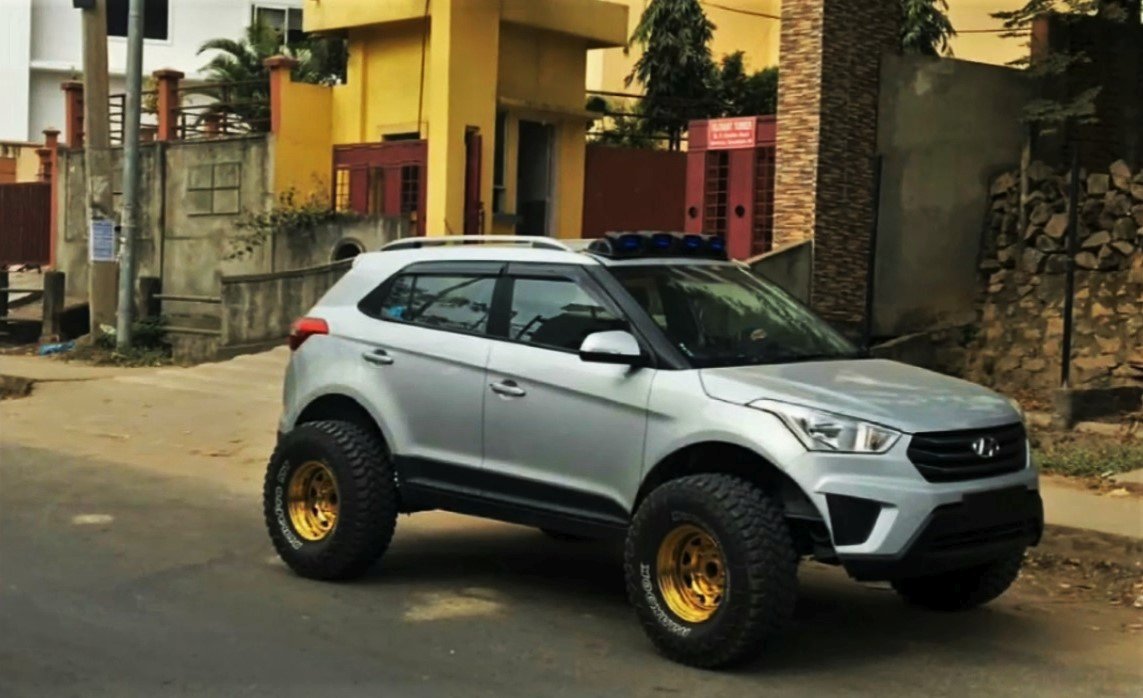 We hope the springs have been stiffened enough to reduce travel so that those Hankooks don’t start brushing against the bodywork. However, the bright side to all of that is an increase in ground clearance where the owner will never have to worry about the tallest of obstacles within the city. Roof-mounted auxiliary lights have been added to complete the ‘Ready-for-the-Jungle’ appearance and everything else appears to be stock. 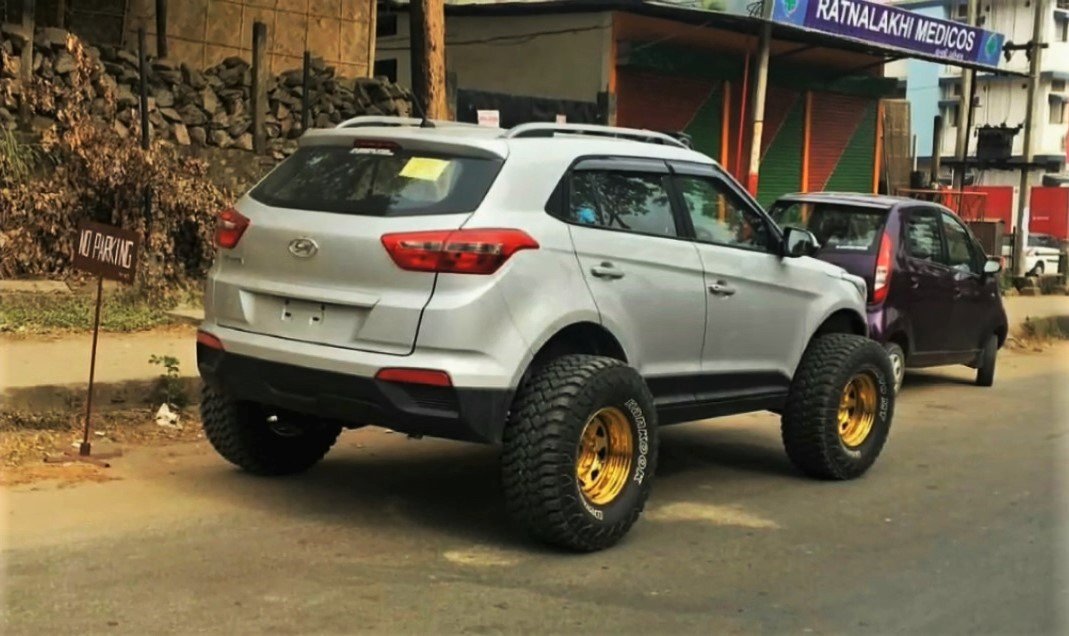 If you like Hyundai’s compact SUVs, you’d be happy to know that they’re working on a new sub-compact example which is currently undergoing tests and should be launched either sometime this year or at the Auto Expo 2020. It will be up against the likes of the Nexon and the Brezza and could most probably be powered by the same set of motors which propel the Elite i20. In terms of appearance, it does look like a slightly shrunk Creta, which is not a bad thing at all for how popular the product has been in India.