Since the Royal Enfield Interceptor 650 and it’s cafe racer cousin have been introduced, the demand for these Indian-made twin-cylinder bikes has been hitting the roof. For those who have been riding it already or even those who can’t wait to, we’re sure a lot of folks out there are already thinking of making the bike lighter and more agile. When one thinks on those lines, the first thing that comes to mind is a 2 into 1 exhaust system which gets rid of one of the pipes.

Also Read: Check Out The Wilder Side Of The Royal Enfield Himalayan 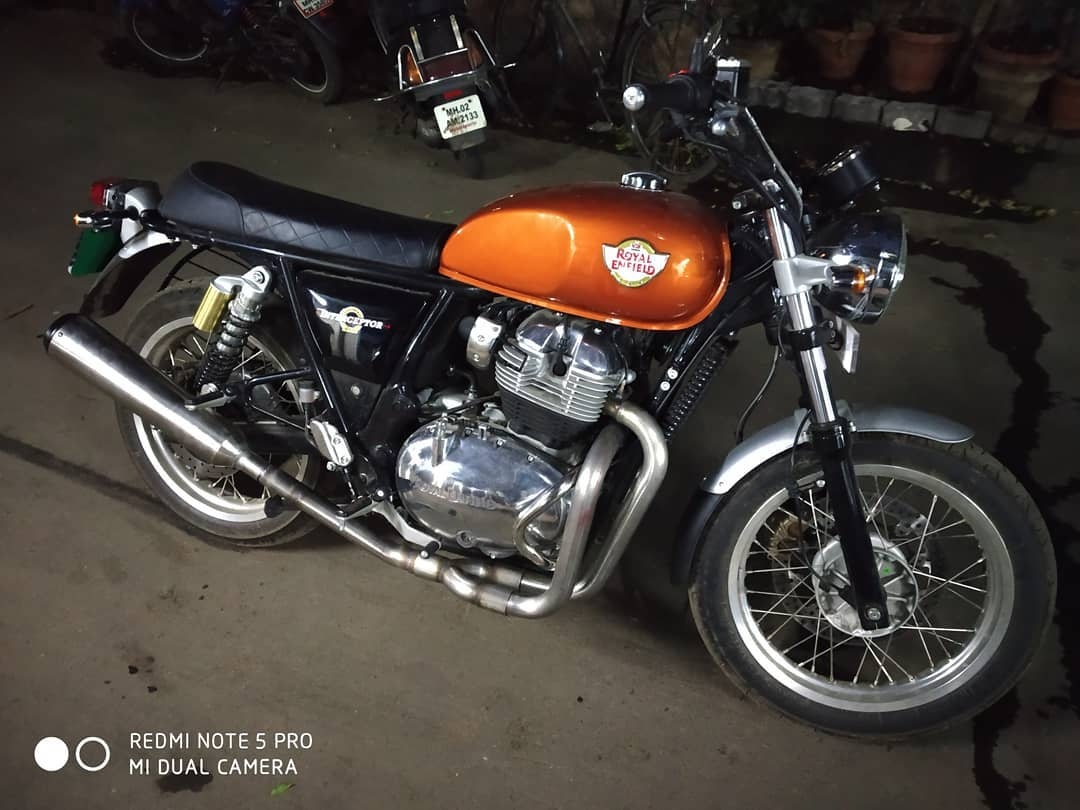 SS Moto has come up with one such system which merges the two individual outlets into one pipe. Combined, the standard steel pipes weigh 18 kilos and with this system, the bike should lose at least half of that. Made of stainless steel, the single pipe sounds throatier than the stock setup, The way each they intersect each other near the radiator before merging together under the motor, looks neat too. This single pipe setup should help in improving the bike’s handling as well, for reducing quite a bit of sprung mass.

Along with the exhaust mod, we also see they have added crash guards at the front and back, which a lot of people have had questions about for the twins. They have also been testing slip ons for the exhaust setup. If you still like the original twin-pipe setup though and wish to make things sound better, there are quite a few options out there now, in the form of slip ons and full systems too. If you do like this particular setup, search for SS Moto on Facebook and Instagram for more information.

In other news, Royal Enfield is about to launch scrambler variants of their Classic 500 and 350 range this year. Both bikes are said to be identical to the Classic in terms of mechanicals, however, will carry changes in the form of red accents around the frame, trail-friendly tyres, an upswept exhaust system and a rear section which looks somewhat similar to the Interceptor 650. The rear seat could be deleted in favour of a luggage carrier, however, either of those things could be offered as an option. We’ll bring you more updates as and when they arrive. Until then, stay tuned.