The owner claims that this is actually a project bike and he wanted to justify the Cafe racer look on this bike. For this, he started by removing the stock suspension. He tried a couple of USD forks and most of them were either not able to handle the weight or were simply affecting the handling. The vlogger had to finally settle for the USD forks from KTM RC390 that gave him a more aggressive seating position as well as improved the handling. However, it cost him dearly at Rs 61,000 which is the most expensive feature in the newly added outfit. 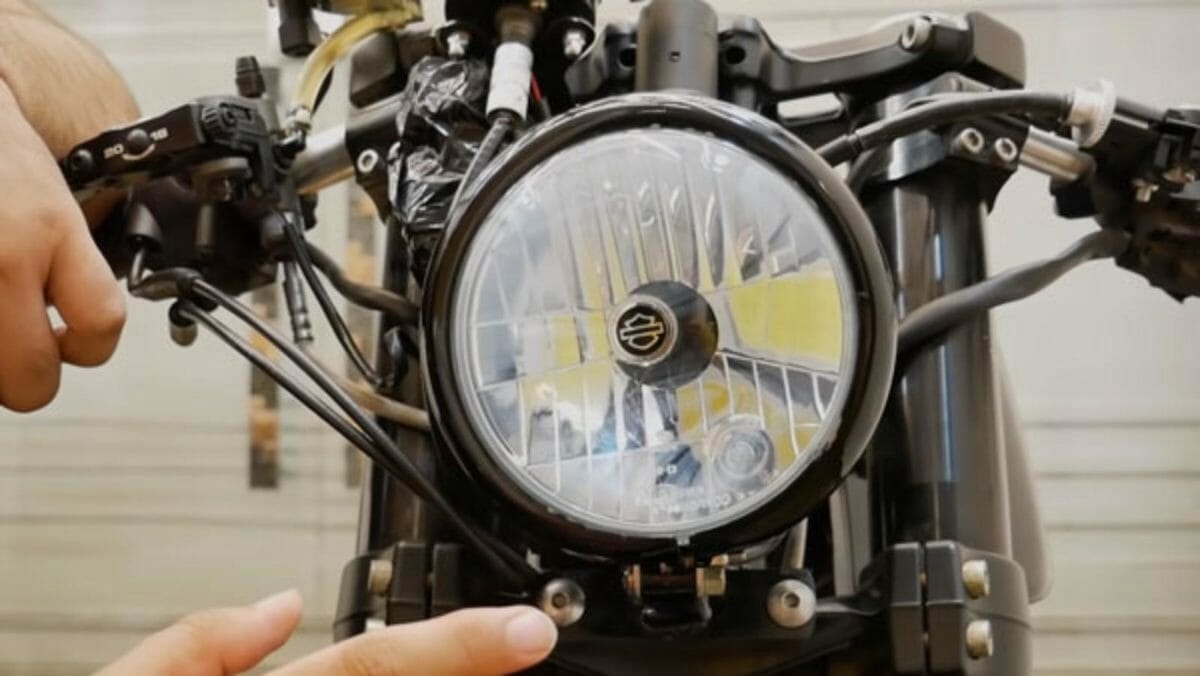 Along with the forks, he had also replaced the disc plate and calipers with KTM units as Royal Enfield units had a different mounting point. Several other ramifications were made to the wheel hub and to ABS ring to get it working. Moving to the front, the stock headlamps are replaced with a smaller unit from a Harley Davidson and the brake stock brake lever is also replaced by a Brembo unit.

Not only this, but the old odometer has also been removed and the analog cluster has been used. Thus every aspect has been replaced with a new one. That includes the bike’s tire, sprocket and handlebars. Also, the engine is tuned not only in appearance but also in terms of aggressive rumbling on the road. Thus, the bike is currently capable of churning out an additional 8 bhp of power by tuning the ECU. Further, the engine has been completely blacked out and that gives it a very sporty look. Off-road utility tires are included accordingly. 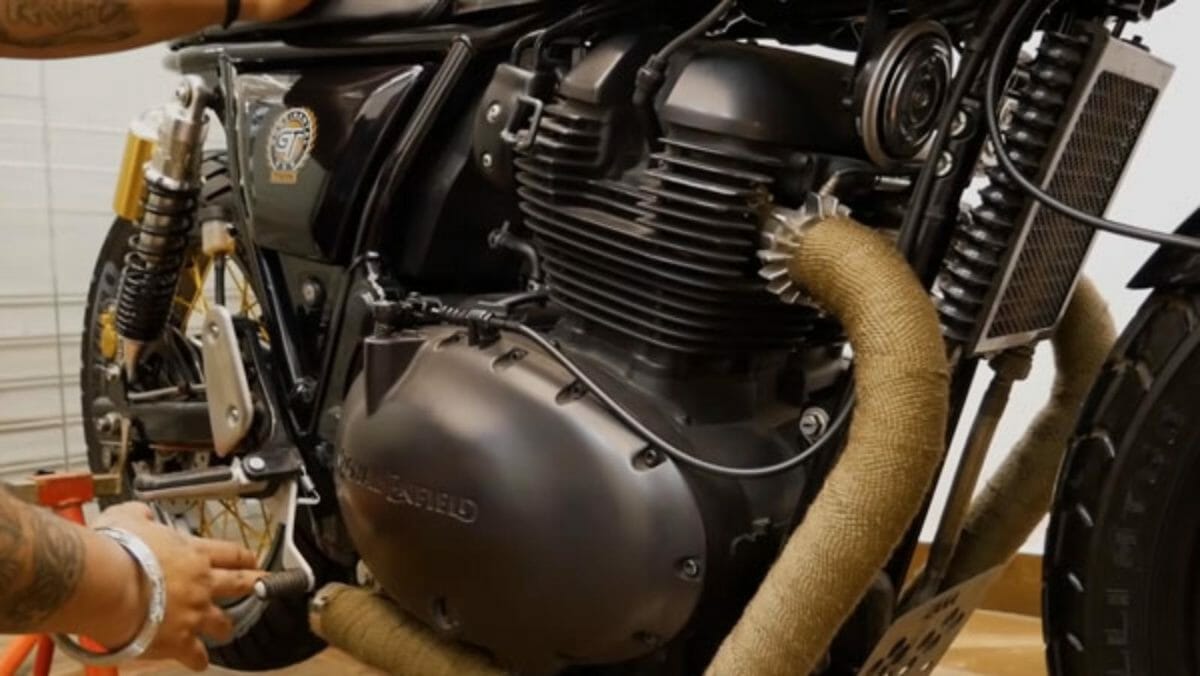 The exhaust mufflers have been chopped off to give it a drag pipe look and it even gets an exhaust wrap on it. The chassis of the motorcycle has been chopped from the rear to justify the cafe racer tag and the rear footrests along with other guards were also removed. In the picture below, you can see that the air filter of the bike has been changed and the silencer is covered with brown (wrap). 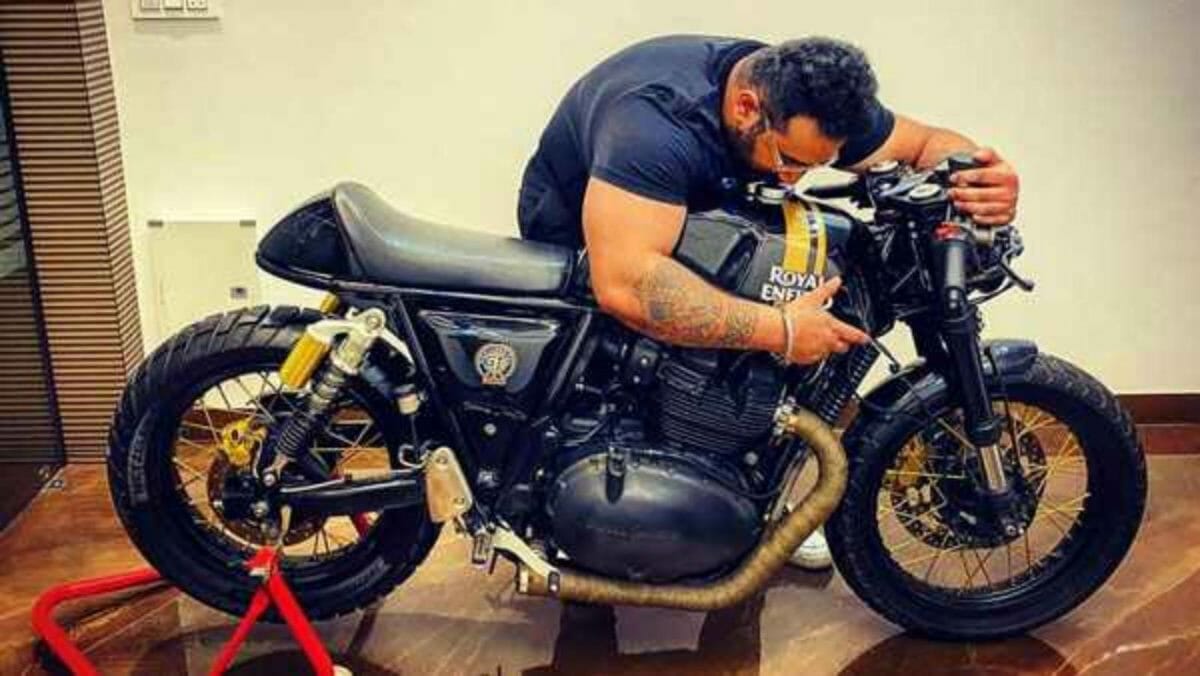 The amount of modifications rendered to the cafe racer has surely cost big bucks. According to the video, the owner had brought this bike for Rs 3.05 lakh and he had already spent approximately Rs 2.83 lakh on the modification which includes labour charges worth Rs 37,000. The project is not complete and the owner mentions on video that he is still planning on making more modifications to the bike in the near future.