MG Motor has huge plans of entering the Indian market with a bang, they’ve already announced to launch a new SUV that’ll be based on the Boujun 530 in the market next year, which will be followed by an all-electric SUV the year after.  The Boujun will be positioned as big, spacious, premium SUV and will be positioned in the sub-20 lakh categiry. From what we understand based on our conversation with the MG-SAIC officials, the Boujun will play in the category where the Compass resides, or maybe very slightly higher. It’ll come loaded with features and will be offered in 5 seat and 7 seat variants. MG Motor India has a workforce of 300 employees at present which the company plans to expand to 1,500 by the end of 2019. The company also has plans to have as many as 45 dealer partners to begin its sales next year, with around 100 touchpoints across India. MG Motors also announced they will launch a new vehicle every year in Shanghai, where we are interacting with the top SAIC and MG officials to understand their India strategy better. 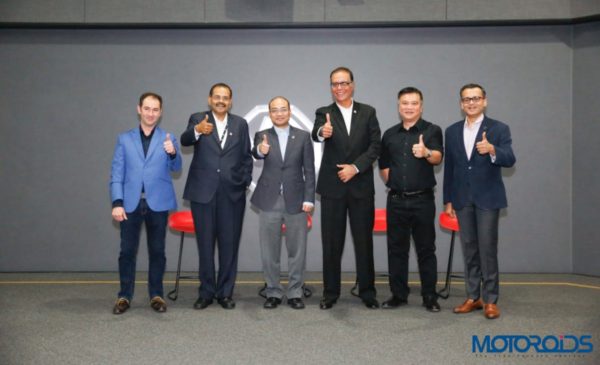 Quite an ambitious plan, which would be backed up by their production facility in Halol, which currently has a production capacity of 80,000 units per annum. However, the company says depending on the demand for their products, the production number could be raised to as much as 200,000 units. The fact that MG Motors is building up such a strong foundation for its future in the country gives us an idea as to how important our market is for them, considering the cars built in Halol will be localised to suit the Indian driving conditions with the support of Indian engineers. At Shanghai, we will also get to see their product lineup, see their R&D facilities and production plants to closely witness their capabilities. 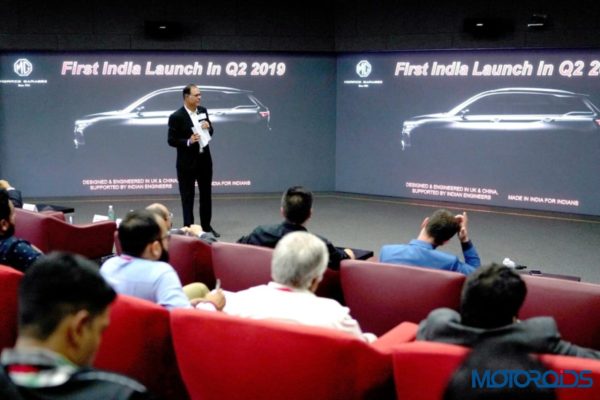 Also Read: MG Motors Invites Entrepreneurs to Contribute to the Future of Automobiles

Commenting on the plans of the company for India, Michael Yang, Executive Director of International Business, SAIC Motor & President of SAIC Motor International Company, said, “MG will launch a globally-competitive pure-electric SUV in India, to make our contribution to India’s energy and environmental strategies. The pure electric SUV will be a breakthrough chapter in the EV space in India, being one of its kind in the market. This is in addition to the first SUV which we plan to launch in the second quarter of next year.” he added, “With cars getting transformed with internet, artificial intelligence, big data and cloud computing etc. – MG can take advantage of this transformation and will use it as its key differentiator, enabling it to stand out from the crowd” Below is an image gallery of the Boujun 530 SUV which is available in international markets.