While the United States automotive industry has been focusing on China’s rise as a critical market and manufacturing base, India has been on a steady rise and managed to show its potential as another critical market. Thanks to this steady development, Mercedes-Benz will begin exporting its GLC SUV from western India to the United States. Now that Ford isn’t the only manufacturer utilizing India as a source for vehicles in America, which began exporting its EcoSport crossover from Chennai back to the United States. The decision to export vehicles from India is due to the United States and China’s trade relations, thanks to the recent tariffs on auto parts and vehicles. It also helps relieve some pressure as the Indian domestic automotive market is struggling and factories in India are facing overcapacity. Starting new month, GLC’s built at the German automaker’s plant in Pune will begin arriving in the United States. 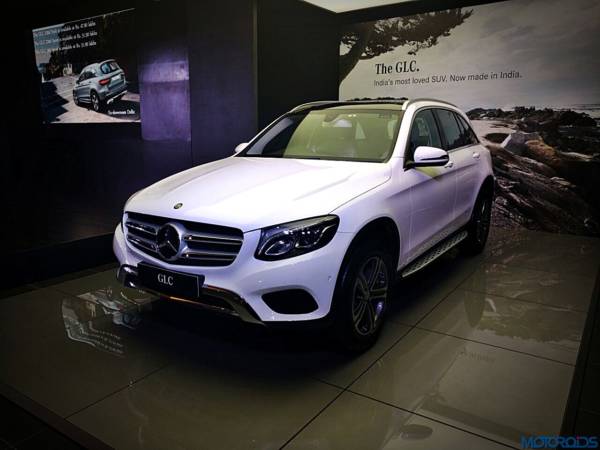 Mercedes-Benz USA spokesman Rob Moran confirmed last week. “The SUV GLC is in great demand worldwide,” Moran said. “Therefore, Mercedes-Benz uses the capacities of its global production network on four continents. This also includes the Mercedes-Benz plant in Pune.” Importing vehicles from India began about a decade ago when Mahindra & Mahindra managed to strike a deal to export small diesel pickups to the United States via an independent distributor. Sadly the deal ended before the vehicles were certified by the U.S. regulators due to lacking improvements in quality. The Mercedes-Benz GLC is currently built in the city of Bremen, Germany and is one of the highest selling SUVs and one of its top models. Brian Johnson, managing director at Barclays Capital said “It will help establish a supply chain and production infrastructure that can meet North American and European quality standards, But importing vehicles from India to the U.S. remains an “experiment” more than a trend. India has been seen by the global automakers as a difficult place to establish a quality supply chain. This could very well be an effort to learn about India as an export hub.”