Maruti Suzuki’s premium dealership chain Nexa, today officially announced the commencement of bookings of the BS6 updated S-Cross. The S-Cross is the only model from Maruti Suzuki which is yet to comply with the stricter emission norms.

The automaker has just announced that it is now accepting pre-orders for the BS6 crossover SUV in India for a token amount of Rs. 11,000. As reported earlier, the BS6 iteration of the S-Cross will be a petrol-only model since the largest carmaker in India has done away with all the diesel engine options in the updated emission standards. 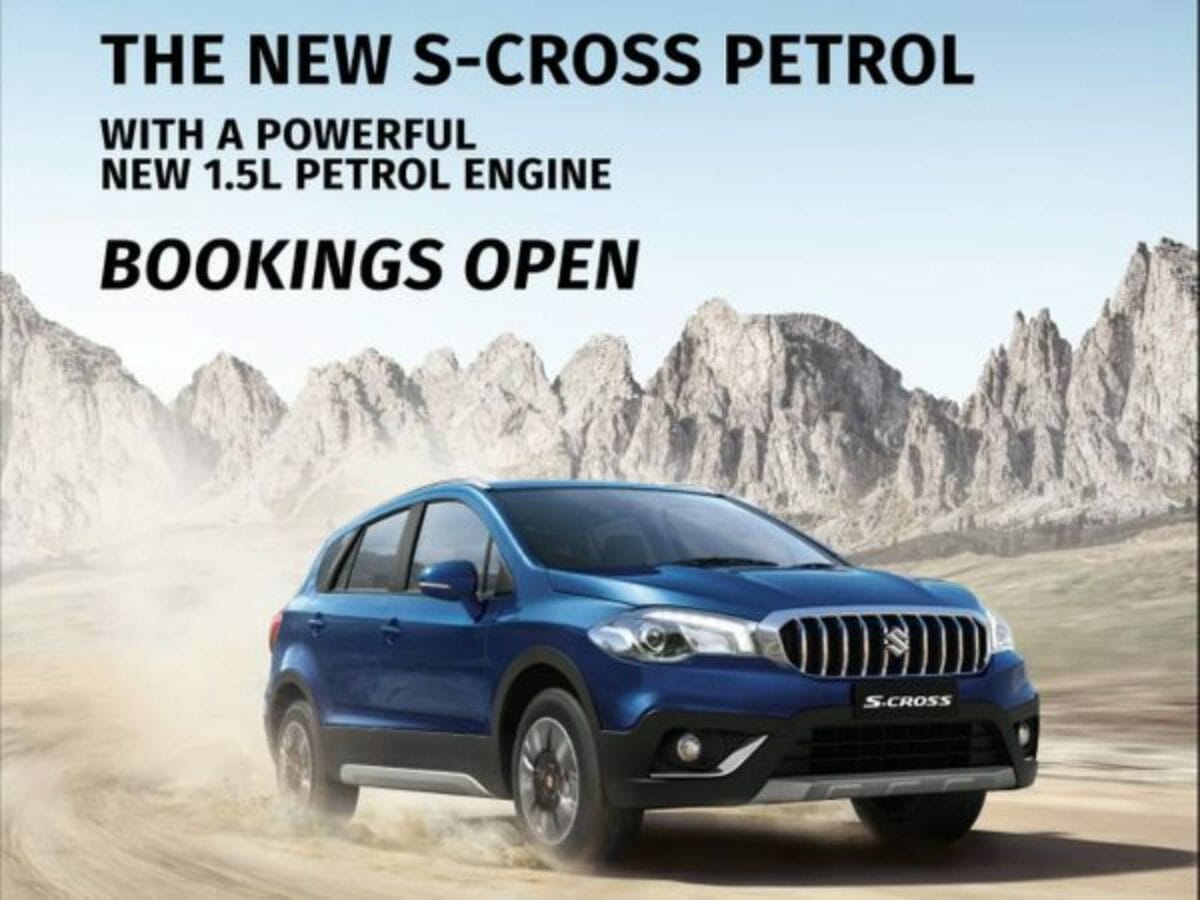 The S-Cross will now feature a 1.5 Litre K-series petrol engine with Suzuki’s Smart Hybrid technology. This new powertrain is set to produce 104.69 PS of power at 6,000 rpm and 138 Nm of torque which peaks at 4,400 rpm and is the same unit which currently powers the Vitara Brezza and Ciaz. Transmission duties are set to be carried either by a 5-speed manual gearbox or a 4-speed torque converter automatic gearbox.

In the process, the S-Cross ditches the 1.3-litre multijet diesel unit which was sourced from Fiat and popularly known as the ‘national diesel engine’ of the country. This engine produced 90 bhp and 200 Nm of peak torque. While the BS4 S-cross – which was diesel-manual-only – was available with mild-hybrid tech across the range, the BS6 version will only have the tech on the automatic versions, much like the Vitara Brezza. The automatic gearbox will be offered on the higher three variants of the S-cross petrol; there will be a total of four variants on offer – Sigma, Delta, Zeta and Alpha.

Shashank Srivastava, Executive Director (Marketing and Sales), Maruti Suzuki India Limited, said, “S-Cross enjoys a special place in the NEXA portfolio as its flagship product and has been appreciated by over 1.25 lakh customers for its premium interiors, stylish and masculine design. We are delighted to announce the commencement of bookings for the S-Cross Petrol. With our relentless innovations, we are optimistic that the S-Cross Petrol will be yet another testament to our customer’s confidence and trust.”

In terms of features, expect the car to be offered with provisions such as LED headlamps, auto-folding ORVMs, alloy wheels, engine push-button start, automatic climate control, cruise control, etc. It will also get state of the art Smartplay touchscreen infotainment system which will be compatible with Apple CarPlay as well as Android Auto. The steering wheel will have multiple control buttons embedded and it will get a telescopic adjustment. Rear seats will be able to seat 5 adults, while it also has a 60:40 split. In terms of safety, it will get dual airbags, speed sensing alarm, ABS with EBD, disc brake in the front and rear, etc.

Apart from the updated powertrain, there will be no change of any kind, inside and out. Maruti’s crossover was last refreshed in 2017 and is now approaching the end of its lifecycle. The expected prices of the crossover are likely to hover around Rs 9 – 11 lakh(ex-showroom). The car is available for reservation at the over 370 Nexa dealerships across the country or through Nexa’s official website.