Mahindra has successfully managed to build hype around the upcoming BS6 Mojo. The brand recently released two teaser images of the same, revealing two new colours the Mojo will come draped in. The Mojo is positioned as a modern tourer and its fiercest rival happens to be the Bajaj Dominar 400. Both motorcycles have almost the same approach to their design and their touring capability is the main highlight of the whole package.

In an interesting turn of events, Mahindra Mojo’s official Facebook page published a post announcing that the guy who has booked the upcoming Mojo before anyone else, is also a Dominar owner. Talk about fuelling the fire even more. 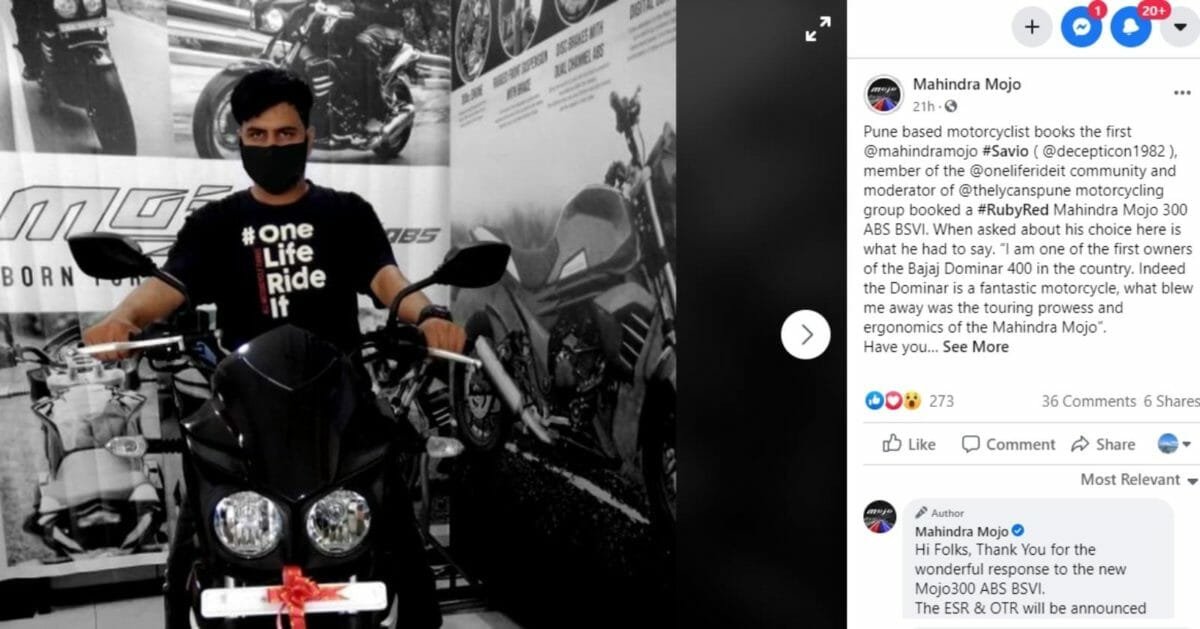 The guy who has booked the first BS6 Mahindra Mojo goes by the name Savio and has this to say, “I am one of the first owners of the Bajaj Dominar 400 in the country. Indeed the Dominar is a fantastic motorcycle, what blew me away was the touring prowess and ergonomics of the Mahindra Mojo”. The statement is enough to ignite the good old battle of which is the better touring motorcycle between the two? The Dominar 400 was last updated in 2019 and it was a thorough update with the bike getting more power, USD forks, dual-barrel exhaust and some other updates. While we don’t have any details regarding the upcoming BS6 Mojo, the teaser images reveal that it isn’t going to be a thorough upgrade.

So which is the better touring machine between the two?

Talking about the touring prowess of both the motorcycles, both of them are amazing tourers and have their own strong points. When it comes to the overall performance on offer, the Bajaj Dominar 400 trumps the Mahindra Mojo. Its 373.3 cc single-cylinder, liquid-cooled, DOHC engine, with fuel injection system and Triple Spark technology, delivers 40 PS of peak power at 8,650 RPM and 35 Nm of maximum torque at 7,000 rpm. On the other hand, the BS4 Mojo derived power from a 294.72 cc single-cylinder, liquid-cooled, DOHC, fuel-injected motor which produced 26.30 PS at 7,500 rpm and 28 Nm at 5,500 rpm. Both motorcycles employ a six-speed gearbox. The Dominar 400 would be more comfortable carrying higher cruising speed than the Mojo, given its advantage in performance. 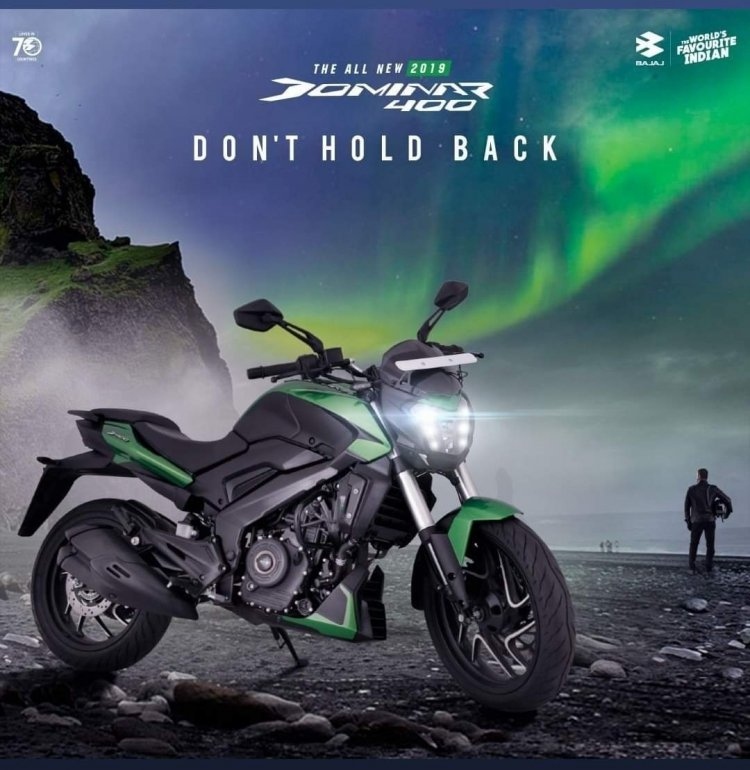 Both the motorcycles have comfortable riding ergonomics and won’t tire the rider out, even on those long highway jaunts. The BS4 Mahindra Mojo, however, has slightly taller seat height at 815mm while the Dominar’s seat height stands at 800mm. In terms of weight too, neither of these two motorcycles would qualify as a light motorcycle. Both the motorcycles weigh around 180 kg and this heavy weight comes in handy while you require stability on long highway rides. The Dominar 400 is believed to be slightly stiffly sprung as compared to the Mojo. It makes the Dominar a better canyon carver than the Mojo but the latter will keep the rider unaffected even on sharpest of the bumps. Like we said earlier, it all comes down to personal preference. If you want a comfortable sport-tourer, Mojo is the way to go but if you want to enjoy that extra performancr, the Dominar 400 would make for an excellent choice. 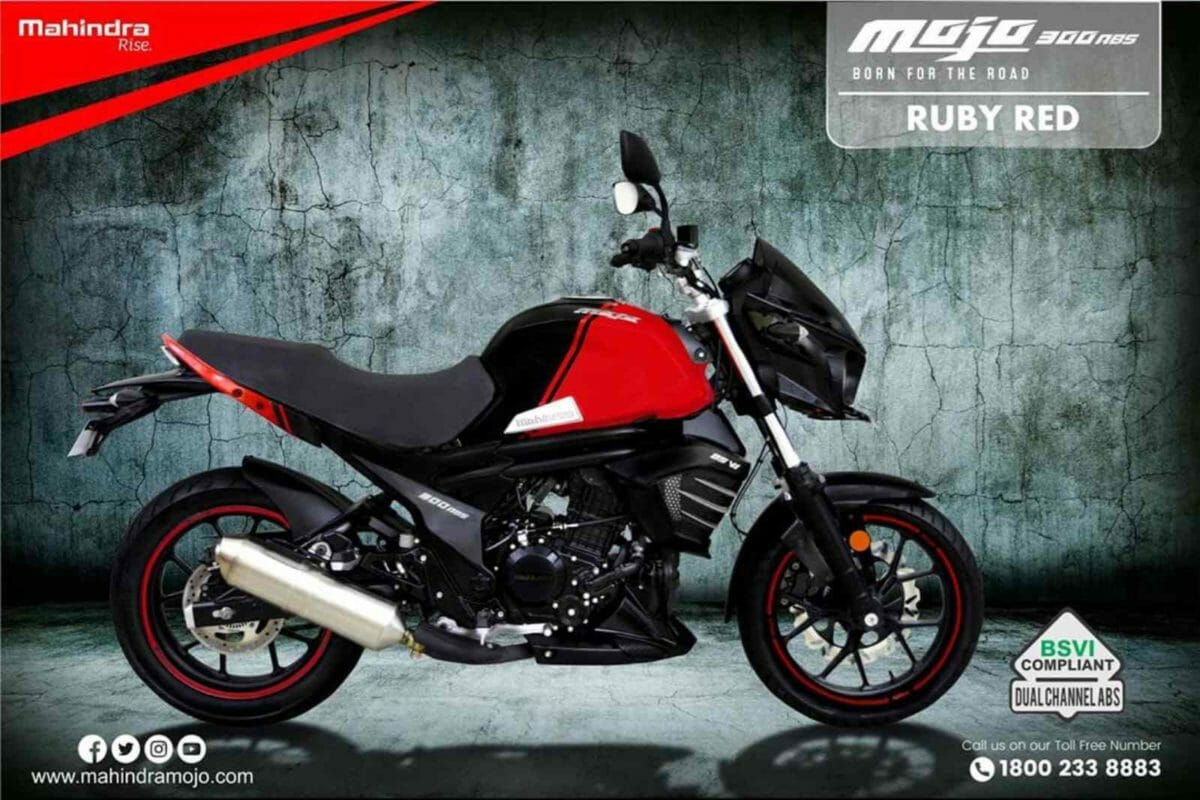 One of the main highlights of the Mojo was its 21-litre fuel tank. Every hardcore tourer knows that stopping for fuel every now and then becomes a bit irritating, especially when you are on a long ride and have to cover hundreds of kilometres per day. The Dominar 400, on the other hand, can hold only 13 litres of fuel in its tank.

The BS6 Mojo is lurking around the corner and we can’t wait to pitch it against the Dominar 400 to determine which is the best tourer between the two. Oh wait! Now there’s the Dominar 250 the Mojo must compete against too!