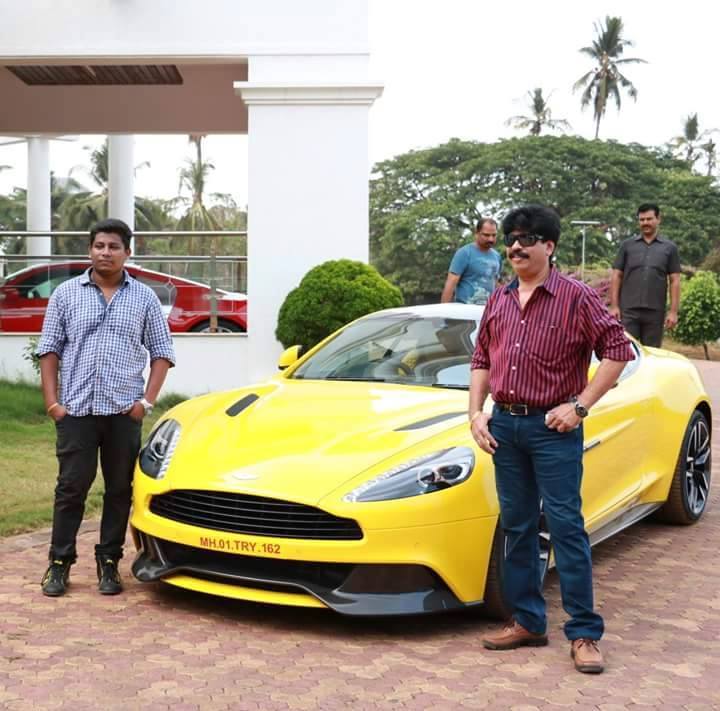 Just yesterday we had brought to you the news that the first lady in India to own a Lamborghini received the country’s first gold coloured Huracan. Earlier in the week, the upcoming Bentley Bentayga was also spied prior to its impending launch.

Now, the country has received yet another exotic in a rather bold shade of Sunburst Yellow and the model is none other than the new Aston Martin Vanquish. The yellow Vanquish will share the garage with a red Audi R8 in Mangalore, apart from a BMW X6. With this model in tow, the total number of Vanquish models in India reaches to 3 with the other two models being situated in Chennai and Surat (Gujarat). 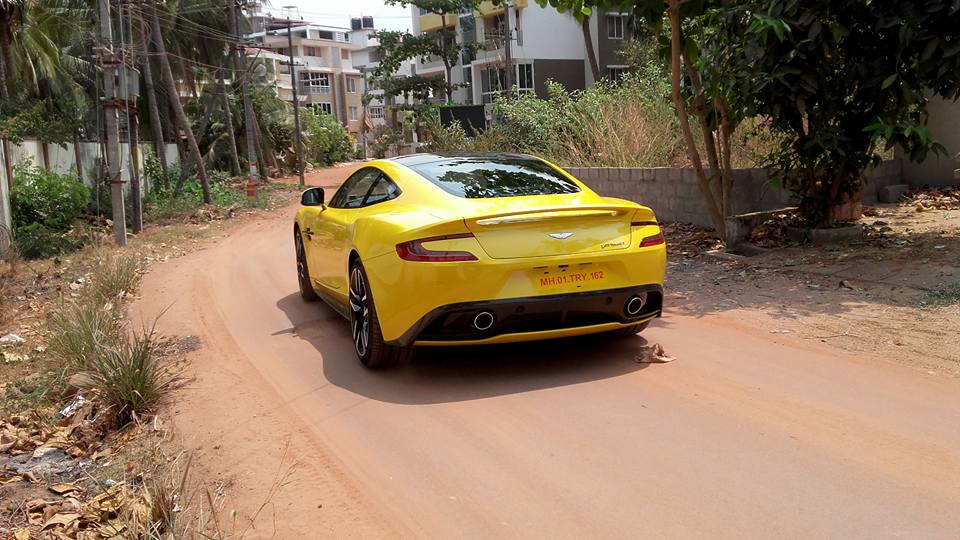 Owned by businessman Arjun Moraes, the Aston Martin comes to India with a price tag of about Rs. 4.5 crore (Ex-Showroom). Reports suggest that Moraes, for some reason, registers his vehicles in the city of Mangalore itself and the Vanquish is also set to follow suit.  He was quoted saying that his Vanquish would be serviced by personnel from the Aston Martin dealership in Mumbai.

The Aston Martin Vanquish is propelled by a 5935cc V12 engine. This engine is said to produce a power output of 568 hp at 6650 rpm while the peak torque of 630 Nm comes up at 5500 rpm. Power is sent to the wheels with the help of an eight speed automatic transmission. The 20 inch alloy wheels are wrapped in Pirelli P zero tyres.

Following is the image gallery for the Sunburst Yellow Aston Martin Vanquish: