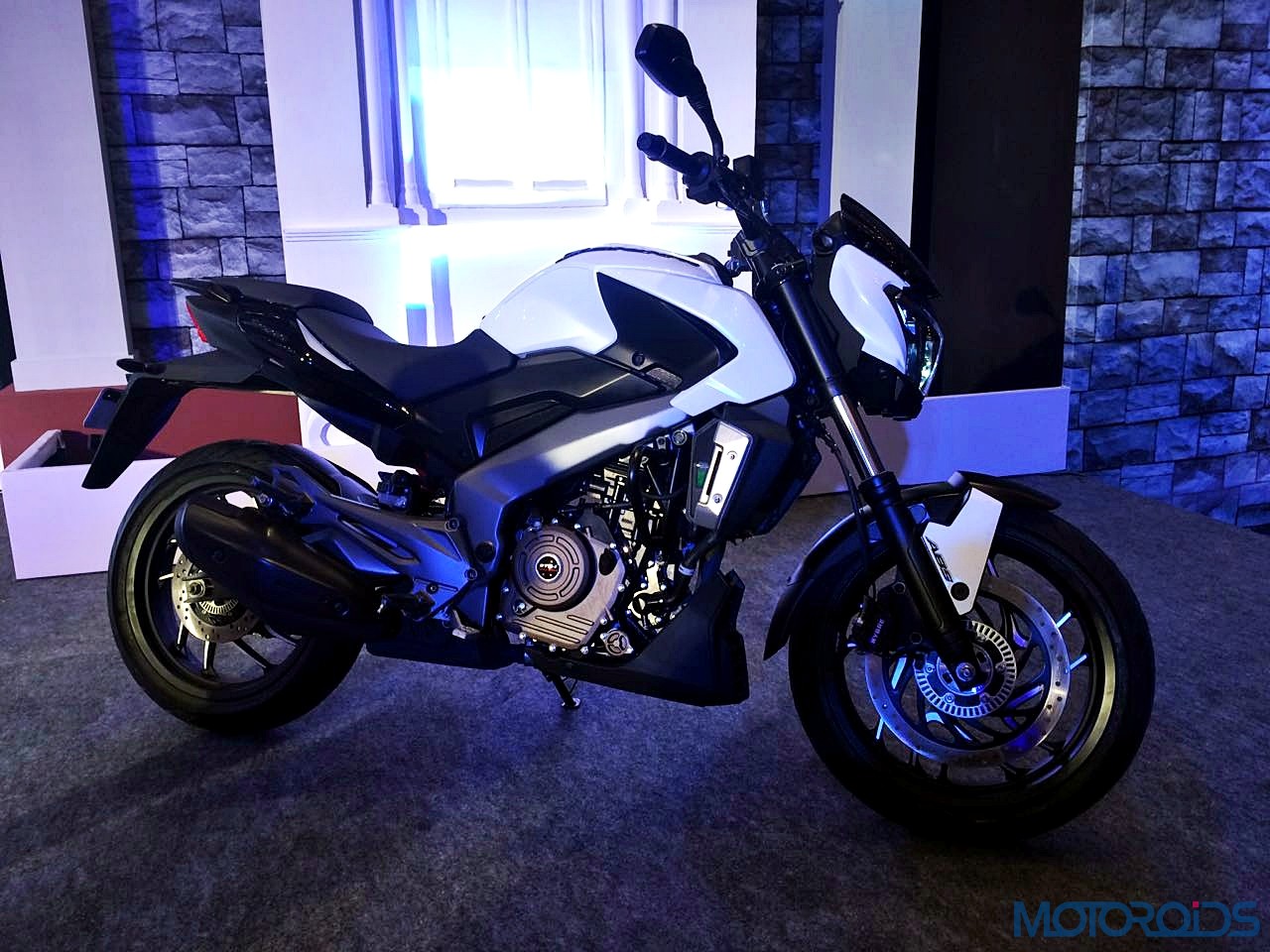 The Bajaj Dominar will come equipped with slipper clutch and a dual channel ABS. The full LED headlamp will come as an Auto Headlamp On (AHO) feature. Based on a beam type perimeter frame, the Dominar 400 measures 2156 mm in length, 813 mm in width and 1112 mm in height while the wheelbase is rated at 1453 mm. The ground clearance of the model stands at 157 mm and the kerb weight of the motorcycle is 182 kgs. The fuel tank capacity is 13 litres. Braking duties are handled by 320 mm discs at the front and a 230 mm disc brake at the rear. The model receives 43 mm telescopic forks at the front and a multi-step adjustable mono shock at the rear. The Dominar 400 receives 17 inch alloy wheels with 110/70 section tyres up-front and 150/60 section tyres at the rear. 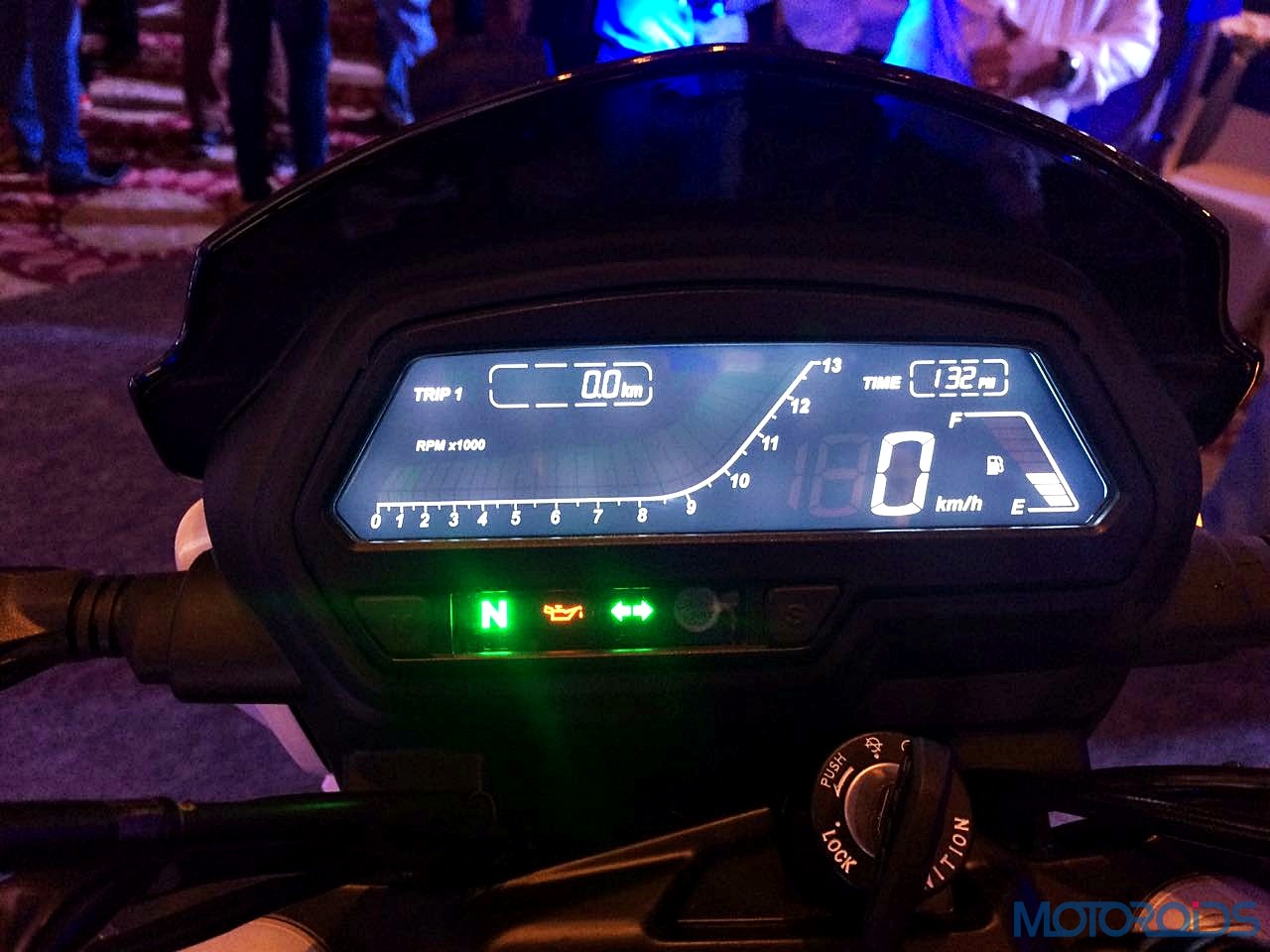 The technical specifications of the Dominar 400 are here. The 373cc liquid cooled, fuel injected engine is capable of producing 35 PS at 8000 rpm and 35 Nm of torque at 6500 rpm. Transmission duties are taken care of by a six speed transmission. This powertrain will enables the Dominar 400 to sprint from 0-100 kmph in 8.23 seconds all the way up to a top speed of 148 kmph.

Watch the live webcast of the Bajaj Dominar 400 launch here:

Bajaj Auto will launch the Dominar 400 in the next few minutes. The most powerful Bajaj motorcycle yet, the Dominar 400 was first showcased at the 2014 Auto Expo in the concept form. Back in the month of August was the first time that the model, then known as the CS400, was spied testing. Following a number of spy images, chase videos and name changes (CS400 > VS400> Kratos 400 > Dominar 400), Bajaj Auto announced the launch of their upcoming 400cc motorcycle late last month. The company had already commenced production of the Dominar 400 prior to this announcement. 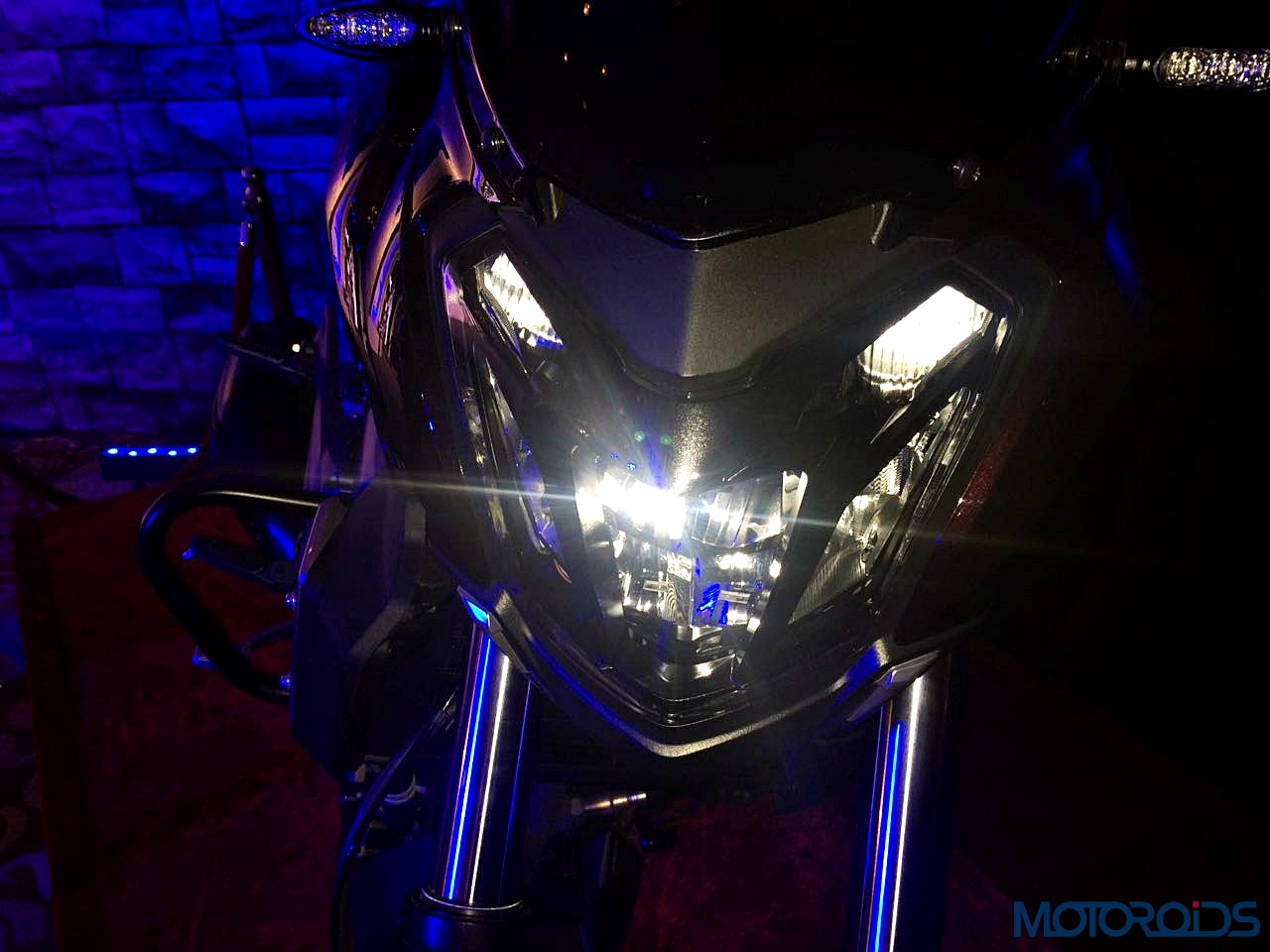 Now, let us tell you a few things about the motorcycle. The Dominar 400 you see in the images is not a lot different from the model showcased at the 2014 Auto Expo save for a few changes. The production spec Dominar 400, as compared to the concept form, receives a telescopic fork suspension up-front instead of the USD forks and slightly watered down LED headlamps. The front disc brake too, has now been positioned to the right hand side instead of the left hand side as seen on the concept.

Also read: VIDEO: Watch the Bajaj Dominar 400 go for a ride and hear its exhaust note

Feature wise, the Dominar 400 comes equipped with segment first full LED headlamps (also a first for any Indian motorcycle), full digital yet split instrument cluster and ABS. The model is likely to be available in two variants, one with a single channel ABS and the top-end variant with dual channel ABS. 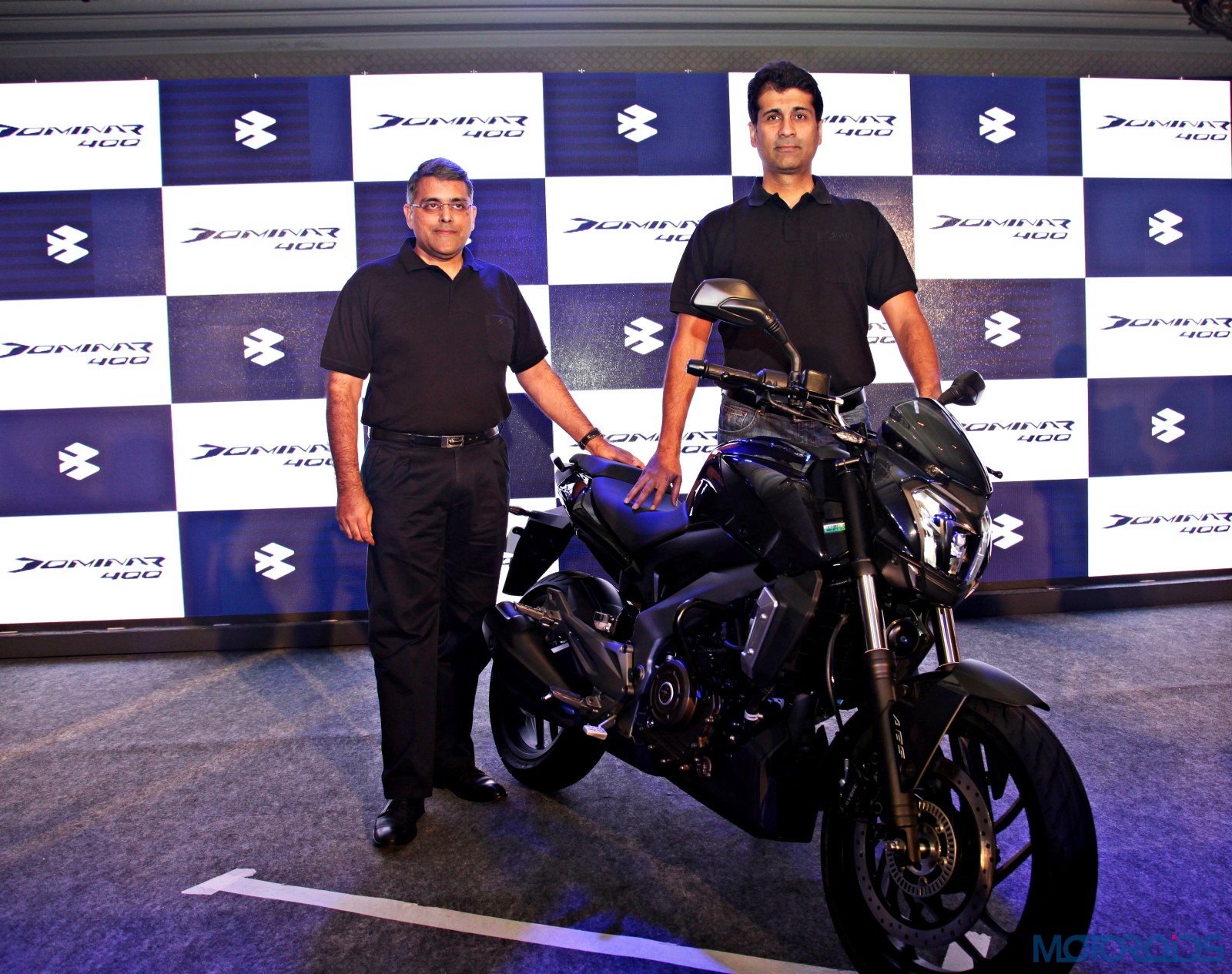 The engine of the Dominar 400 will be closely related to the KTM’s 373.2 cc single-cylinder liquid-cooled engine, but would employs Bajaj’s patented triple-spark technology. Reports suggest that the model will come in two different states of tune, with the base model expected to produce 35 BHP while the top-end variant is likely to produce more than 40 BHP. These engine will come mated to a six speed transmission.