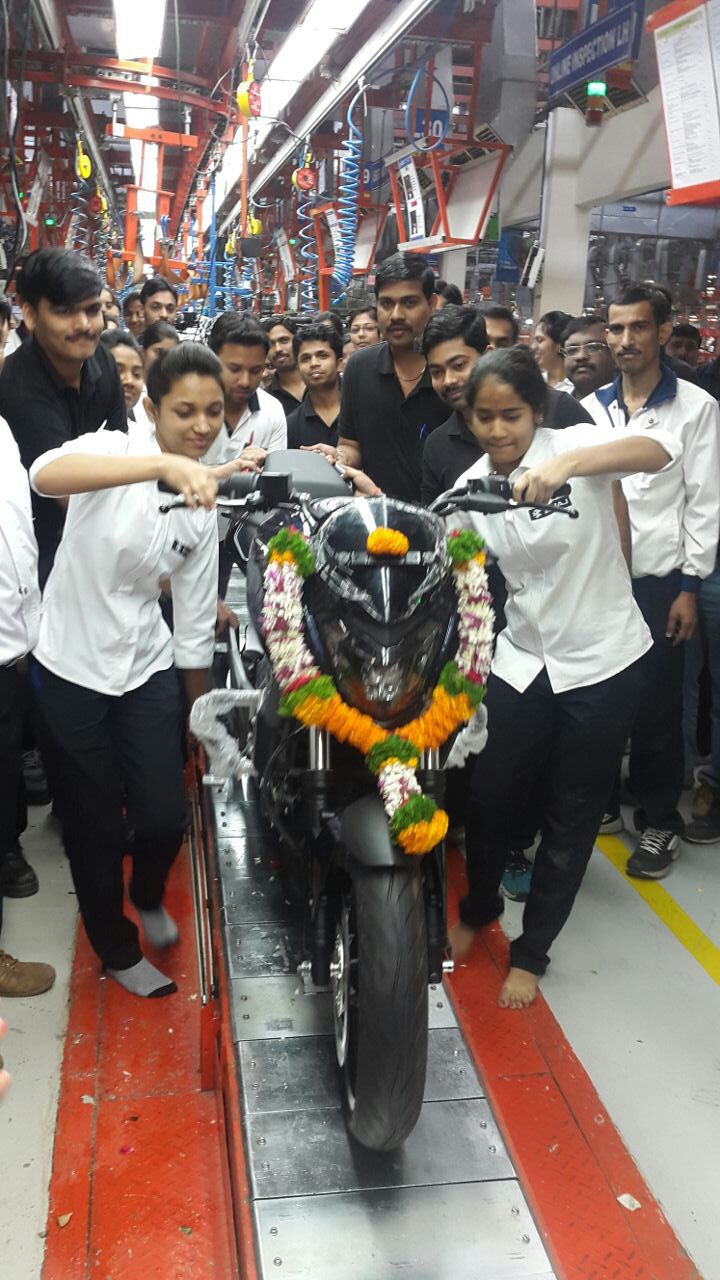 What makes the roll-out even more special is that this came out of an assembly line that is managed only by women engineers. This is a milestone event for Bajaj Auto as a manufacturer embracing the best technology as well an organisation committed to gender diversity.

Don’t Miss – VIDEO: Watch the Bajaj Dominar being chased by its younger sibling, the Pulsar RS200 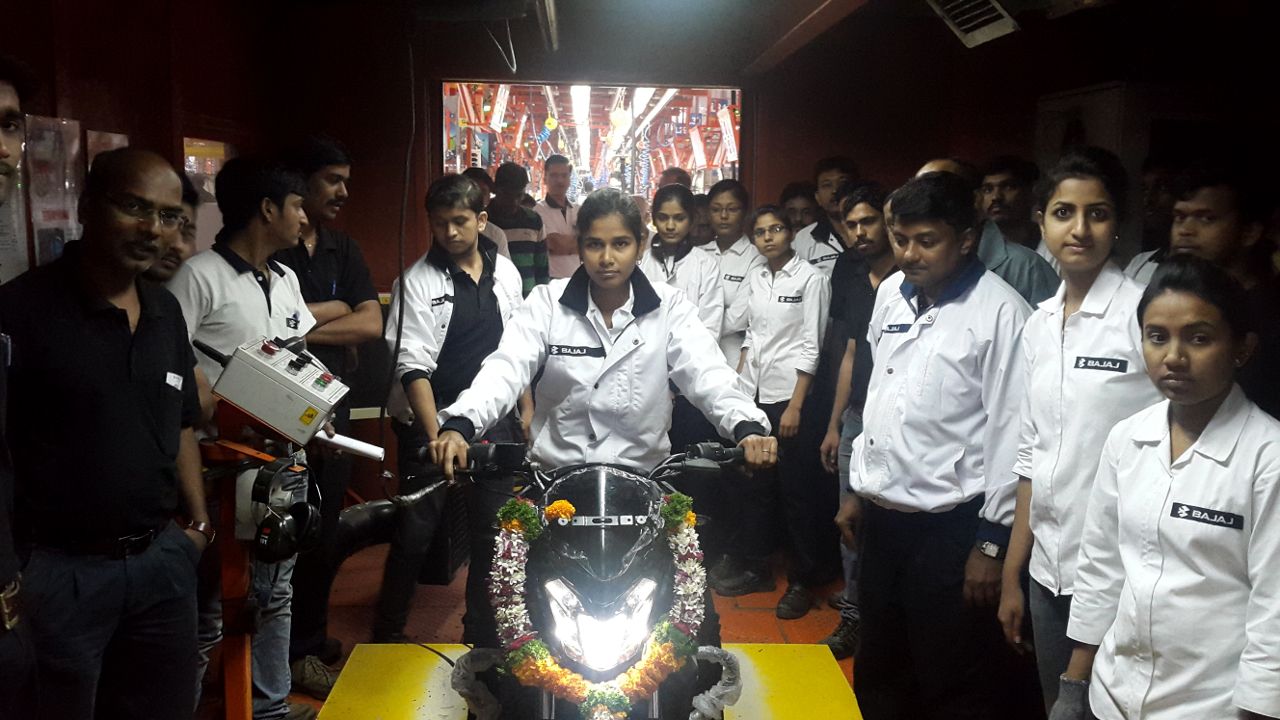 The upcoming motorcycle will draw power from a 373cc liquid cooled single cylinder motor that will be tuned to produce 35 hp of power at 8000 rpm. The engine will come mated to a six-speed transmission. Other features include full LED headlamps (a first for an Indian motorcycle), ABS (likely to be an optional feature), a fully digital instrument cluster and a mono shock suspension at the rear.

Speaking on the occasion, Eric Vas, President (Motorcycle Business), Bajaj Auto said that the upcoming motorcycle will set new benchmarks in its segment. There is already a lot of buzz, anticipation and excitement about the bike and its features, price and name. He further added that all the Company’s patrons and bike enthusiasts will have to wait for some time, till the two-wheeler maker shares details of the new offering. 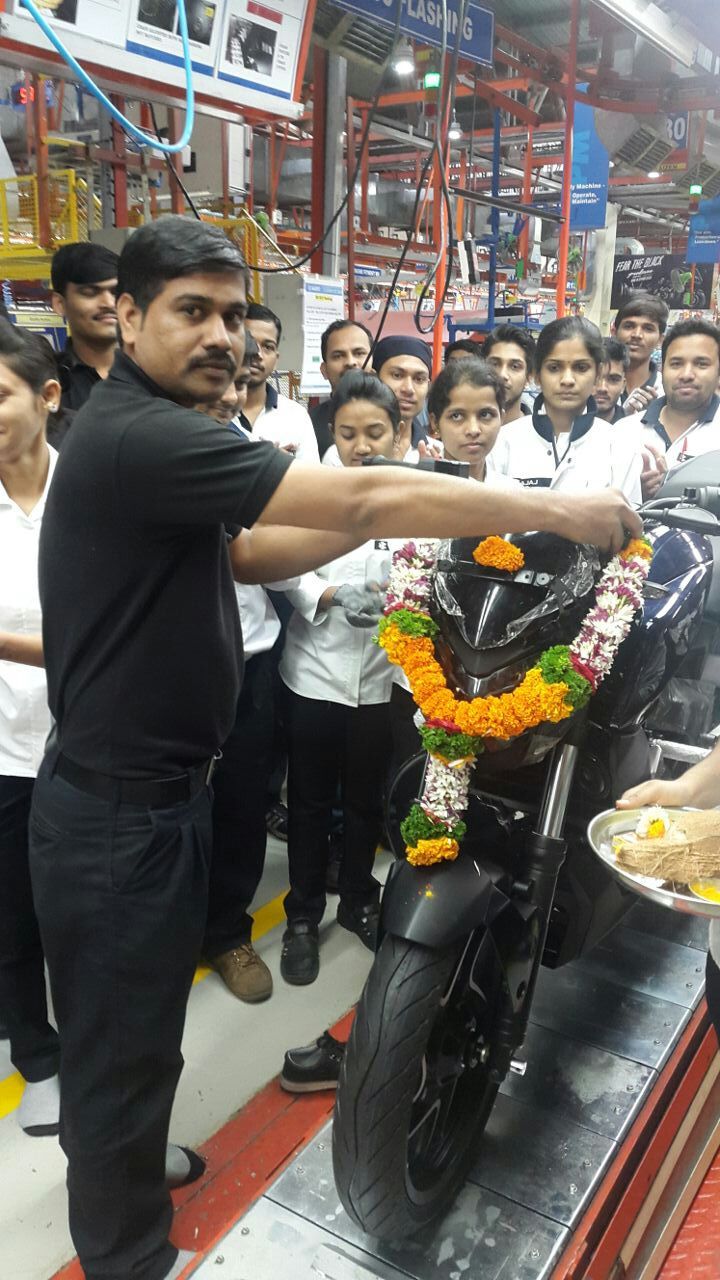 We’d keep you posted about all the latest updates about the launch so stay tuned for more. Meanwhile, share your views about the upcoming Bajaj Dominar through the comments section below.