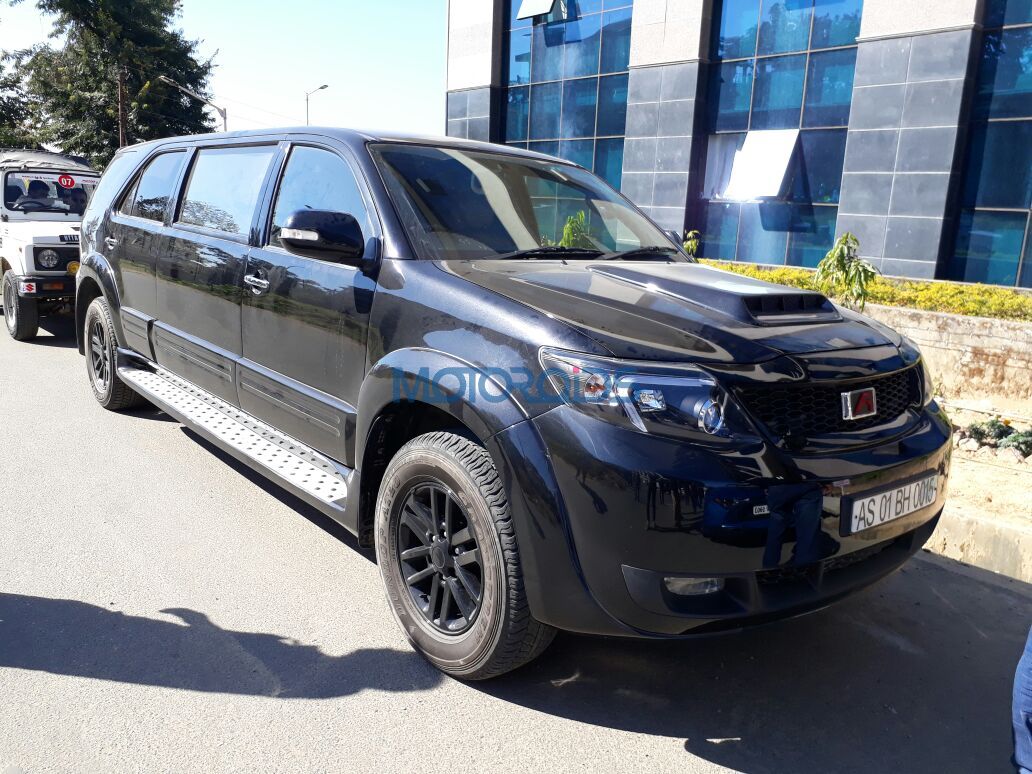 What generally catches one’s attention is the length and breadth to which people go in order to make their car stand out from the crowd. Take the case of this stretched out Toyota Fortuner. If you thought the idea of this modification itself was insane, wait till you read the amount paid by the owner for this mod-job. 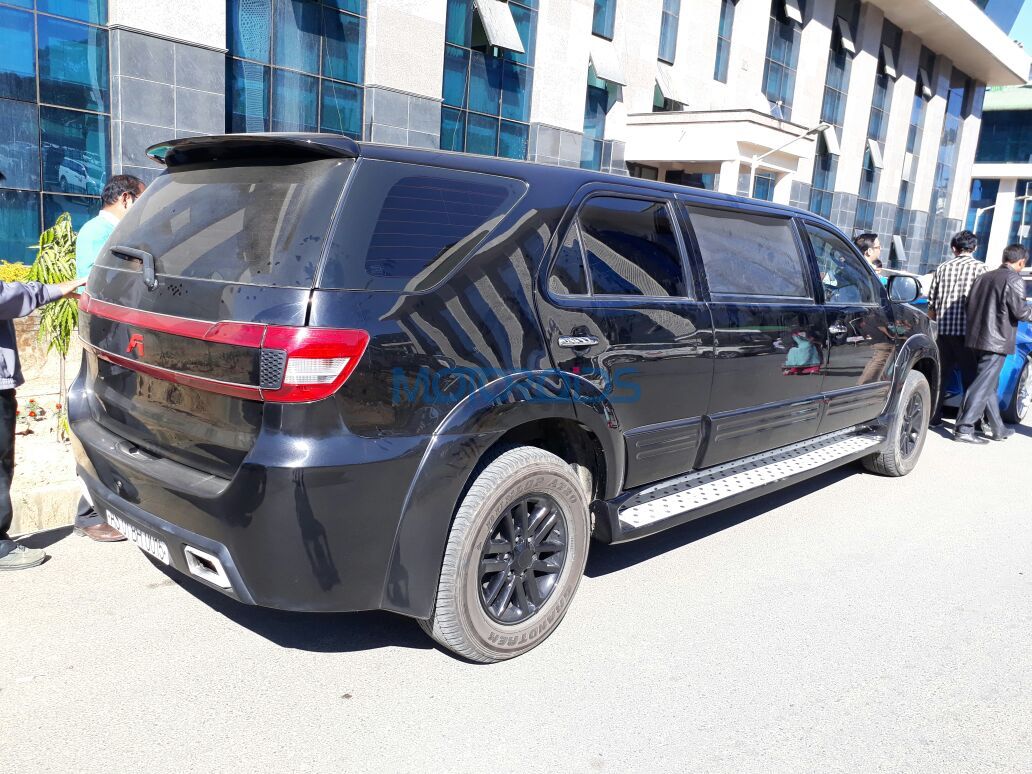 We’ll get to the cost in a bit, but meanwhile let us tell you a few things about this creation. Spotted at the ongoing Maruti Suzuki TSD rally championship in Arunachal Pradesh, this Toyota Fortuner stretch, as we would be calling it henceforth, features some drastic levels of modifications for the interior as well as the exterior.

Based on the regular Fortuner SUV (old gen), the model was cut in half before the extending the wheelbase. The modified Toyota Fortuner seen here now features redesigned bumpers (front and rear), aftermarket grille and headlamps (projector unit with integrated LED DRLs), hood scoop, body claddings on all four doors, beefier wheel arches, LED tail lights and dual reflector strips running the length of the tail-gate. 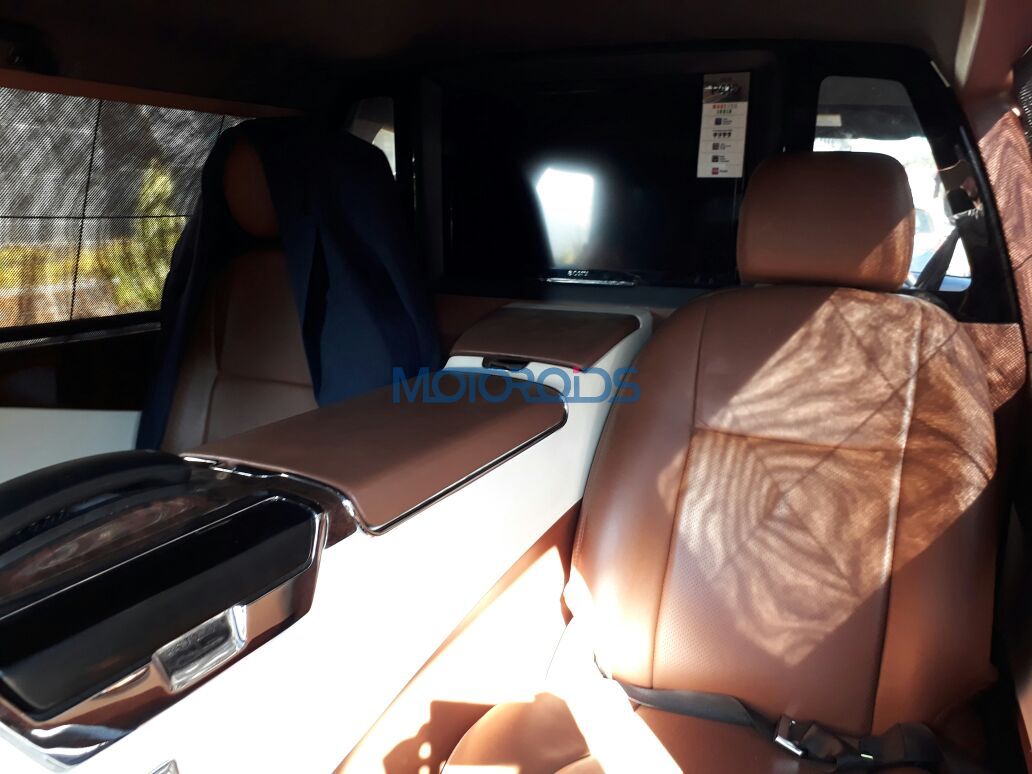 The interiors feature a set of two tan leather wrapped captain seats facing each other, with ample amount of legroom. The seats can be adjusted in various positions based on the comfort of the user. The buttons for the same are housed on the door panels for the last row and placed on the centre console for the second row. The first row housing the driver seat is partitioned from the second row and houses an LCD TV.  Further, the captain seats of the second row are divided by a centre console. This centre console houses three storage compartments, car phone, two HVAC vents, USB port and a cigarette lighter (PS: Smoking Kills).

Engine specs have not been revealed and hence it remains unknown whether the modified Toyota Fortuner in question is powered by a 2.5-litre diesel engine or a 3.0-litre diesel engine. Coming back to the costs involved, this lengthy (pun intended) mod job left the owner’s wallet lighter by INR 40 lakh over the sticker price of the regular Fortuner.

Following is an image gallery of the modified Toyota Fortuner stretch: