Kawasaki, as you must’ve already read, will soon add a supercharged sports tourer to its portfolio. But it seems they’re soon going to be facing some competition. Newly leaked patents have revealed a new V-Twin engine from Honda’s stables that will feature a supercharger. Moreover, the motor will also benefit from a Direct Injection technology that will spraying fuel directly into the cylinder. The latest leaks were brought to fore by the folks at Motorcycle.com who got their hands on the patent applications published by the U.S. Patent & Trademark Office. 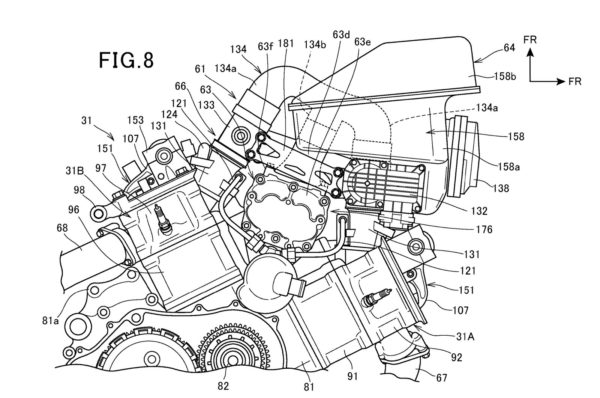 The patents reveal the positioning of the supercharger, and engine mounts to the chassis of the upcoming motorcycle. The patents also reveal that the engine will feature a 90-degree setup and a single overhead camshaft. 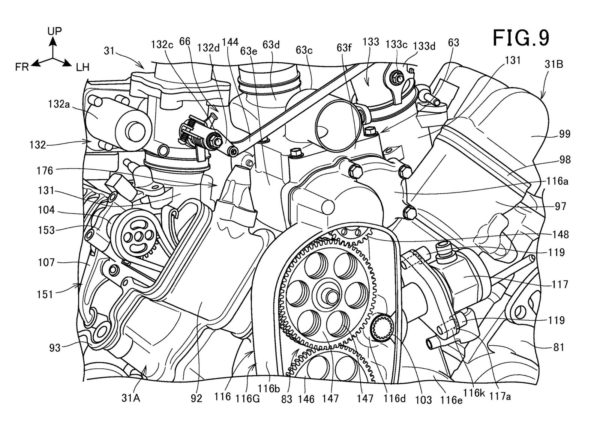 Apart from the technical bits, the leaked patents also bring out some details about the motorcycle. The upcoming motorcycle, as seen in the images, will be built around a trellis frame, and will feature a rising subframe. The riding stance, as suggested in the patents, will not be too committed as the motorcycle will feature raised handlebar. However, the slightly rear-set footrests will add a pinch of sportiness to the rider’s triangle. The new supercharged engine may power more than one product from Honda’s portfolio although it’ll be too early to comment on that front. 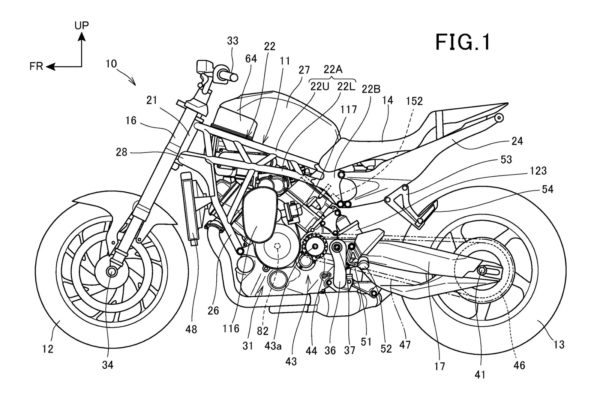 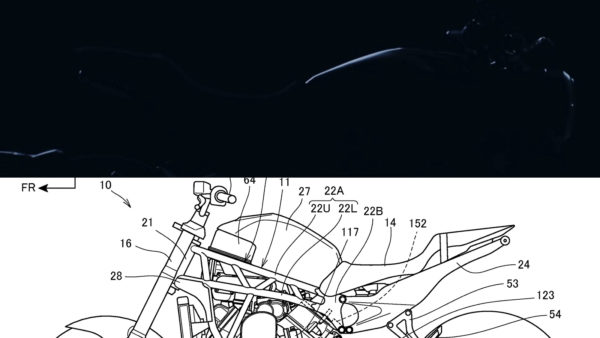 We’d bring you all the updates from the motoring event. Meanwhile, let us know your views about the upcoming supercharged Honda V-Twin through the comments section.