Until the new model came along, the Maruti Suzuki Alto was a charming little car which looked pretty handsome for what it was. But simply handsome doesn’t cut it anymore and things must be flamboyant. Must be bright. And that’s what we feel when we look at these two fluorescent Altos from Kerala. They’re the brightest mod jobs we’ve seen in a long time (literally too) and the workmanship behind all that zesty paint job is simply wow! 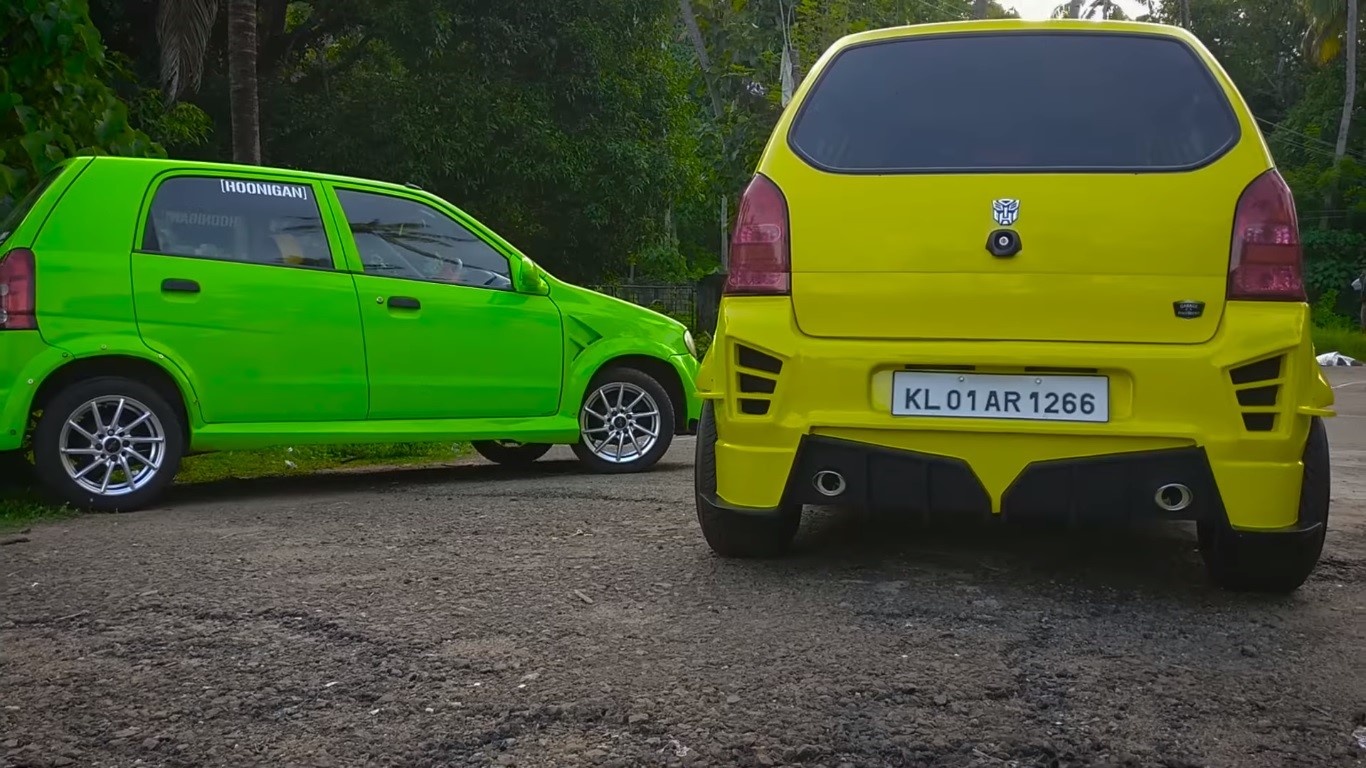 One look at the grille is enough to suggest that the inspiration for this modification came from one of Michael Bay’s flicks. The yellow example, in particular, threw away all its humility through the door, then the door itself, and got itself a couple of scissor gates. It has also been fitted with a wide body kit, a front bumper which hangs really low and is an architect’s delight, fancy alloy wheels, an HKS exhaust system, and lowering springs. 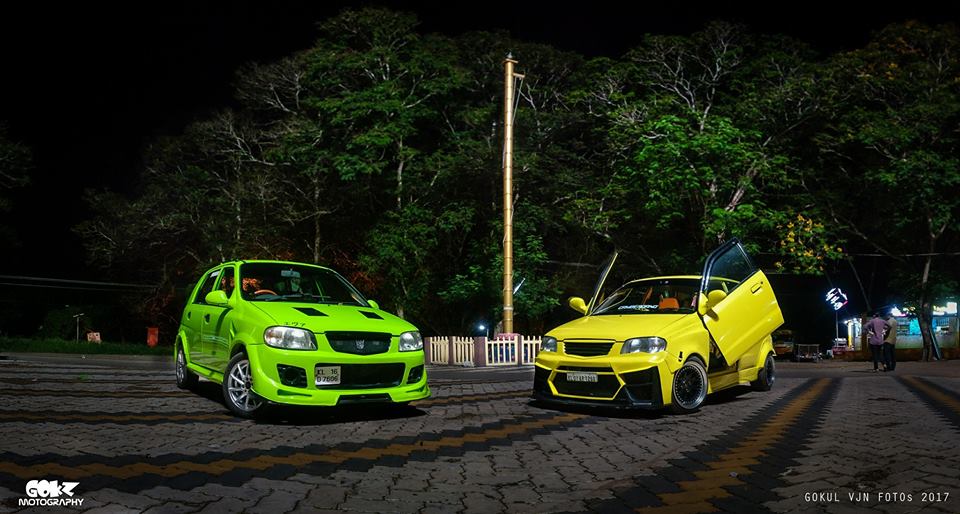 Except for those scissor doors, the Neon green Alto gets all the aforementioned stuff too. But it comes across as the more civil example between the two and maybe for that very reason, they’ve fitted cop lights inside the front grille! We aren’t sure if any other changes have happened under the hood too.

However, we’d like to think that both cars are powered by the 1,061cc four potter which powered VXi variants of the Maruti Suzuki Alto after 2001. The motor was good for 64 PS, 80 NM, and was mated to a sweet shifting 5-speed gearbox. Many still argue that the engine made the Alto one of the most enjoyable Maruti hatchbacks to drive after the first-gen Zen.

Built as a kei car by Suzuki, The Alto is currently in its eighth generation and was first introduced in 1979. It has been built and sold in many countries worldwide where its USPs of low price, high fuel economy, and reliability made it an instant hit among first-time car buyers in developing markets. No wonder the Maruti Suzuki Alto has been India’s largest selling car for such a long time.