Home Features Battle for the Highest Motorable Road: Which Pass takes you closest to the Stars?

Logic will tell you that the highest motorable road on Earth must be somewhere in the tallest mountain ranges on Earth. And it is. However, if you’ve just arrived from that trip you made to Ladakh and are feeling smug about making it till Khardung La, allow us to burst your bubble. Because at 17, 582 feet, the Khardung La Pass is not even close to these five passes which are vying for the title of the highest motorable road on Earth. If some broken paths can be considered as roads too.

In fact, if we made a Top 10 list, Khardung La would barely make it as the last entry. The board near the pass which states its height to be 18,380 ft was erected a long time ago and many visitors who’ve measured the elevation there using more modern equipment have recorded a height which falls nearly a 1,000ft short. Which pass takes you closest to the Stars then? We did some digging on the internet and came across five of them where the altitude varies from what has been mentioned and what was actually recorded on some modern equipment. However, all five of them breach the 18,000 ft mark.

Located in Southern Ladakh, Umling La pass is said to be located at a height of 19,300 feet above sea level. Constructed by the Border Road Organisation, it is close to Hanle and connects the two villages of Chisumle and Demchok which are a stone’s throw away from the border between India and China. The BRO has erected a board which claims this Umling La to be the highest motorable pass in the World. However, that altitude hasn’t been verified by anyone else who’s been to the place, yet. We aren’t sure about the paperwork one would need to visit the Pass. However, a group of bikers made it to the top recently and have also shared their experience through a video.

The second spot on this list is located in the Andes. Situated in Potosi, Bolivia, until Umling La came along, the path that ran between the double-peaked volcano was considered as the world’s highest motorable road at a dizzying 18,953 Feet! The road was built to service a sulphur mine. But after mining activity stopped, it has been reported that landslides have blocked the path at around 5,550 metres. We found a video of a motorcyclist who managed to climb up till 18,799 ft. Again, there’s no way to verify the claim but we’ll just take the word.

Dungri La (Mana Pass) is situated at the border between Tibet and India in the state of Uttarakhand. It connects India and Tibet through the Zanskar mountain range and was constructed for the Indian military by the Border Roads Organisation. Civilians need special permits from the Army and District Magistrate’s office to drive through this road. According to a post on a popular forum, someone who drove till there recorded an altitude of 18,485 ft.

Close to the famous Pangong Tso lake, Marsimik La is a mountain pass which is 96 km east of Leh. According to SRTM data, it is located at an elevation of 18,314 ft. A stone’s throw away from Chinese territory, one requires an inner-line permit which is issued in Leh to visit this pass. 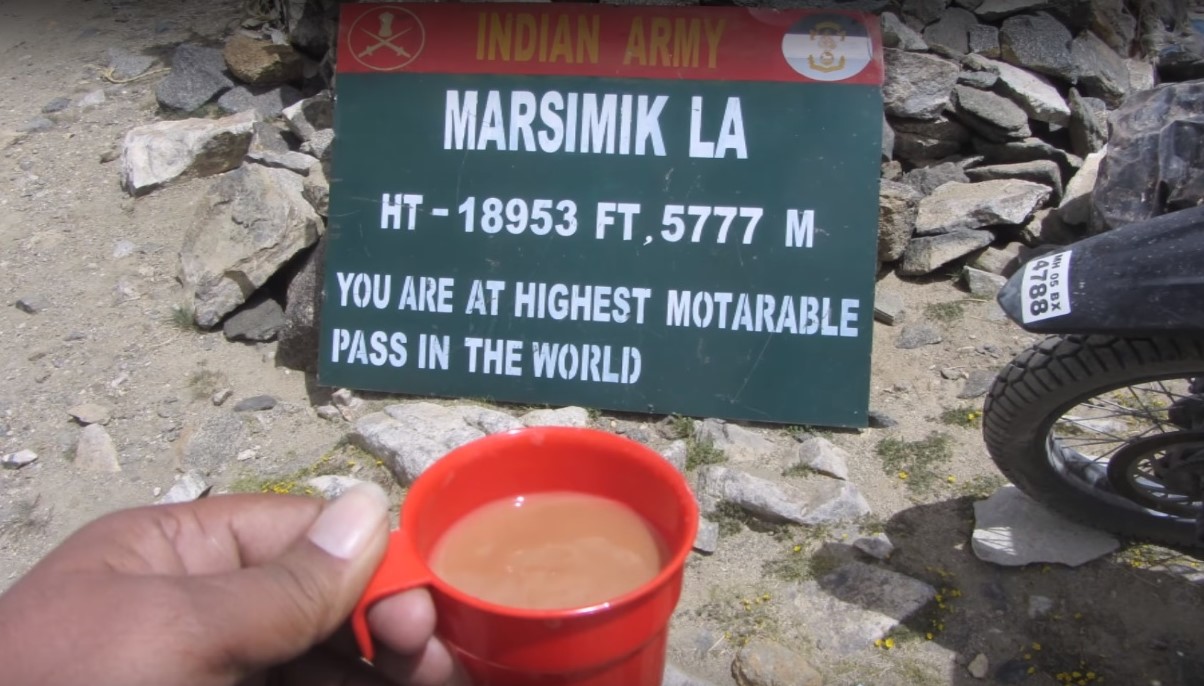 Tourist activity is zilch and the only two things you’d find once up there are a temple and a non-functional tank. According to this video and the board which resides at the top, the Marsimik La could well be the second highest motorable road after Umling La at 18,953 ft!

Semo La is situated in the central part of Tibet and boasts an altitude of 5,565 Mtrs or 18,258 Feet. According to Wikipedia,  “Travellers use this route as an alternative access route to western Tibet and Mount Kailash, especially when mud makes access by the more southern route difficult.  The height according to Tibet Department of Transportation is 5,565 m or 18,258 ft, however, the signage at the road rounded it up to 5,566 m (18,261 ft). In 2005, a Catalan cartographic expedition certified the height to be 18,258 ft. 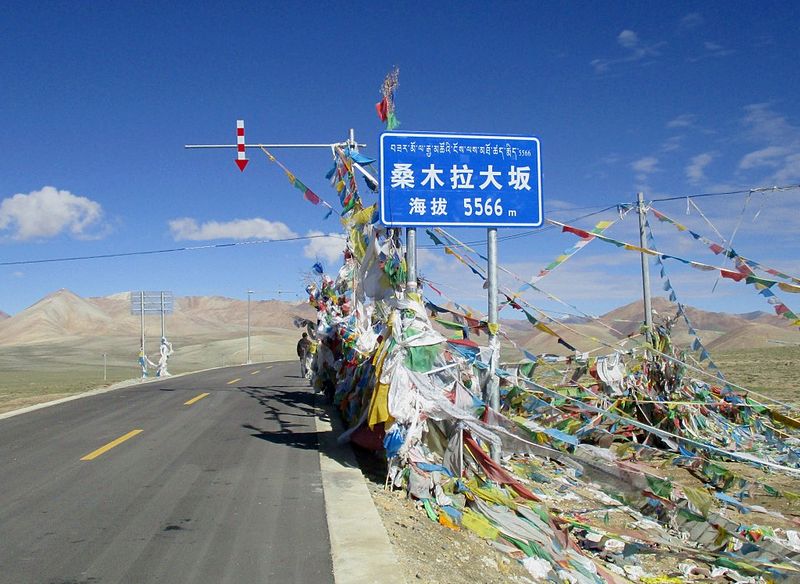 The record for creating the “highest parking lot in the world” still belongs to two Jeep Wrangler Unlimited models which climbed to the top of the world’s highest volcano, Ojos del Salado in Chile. 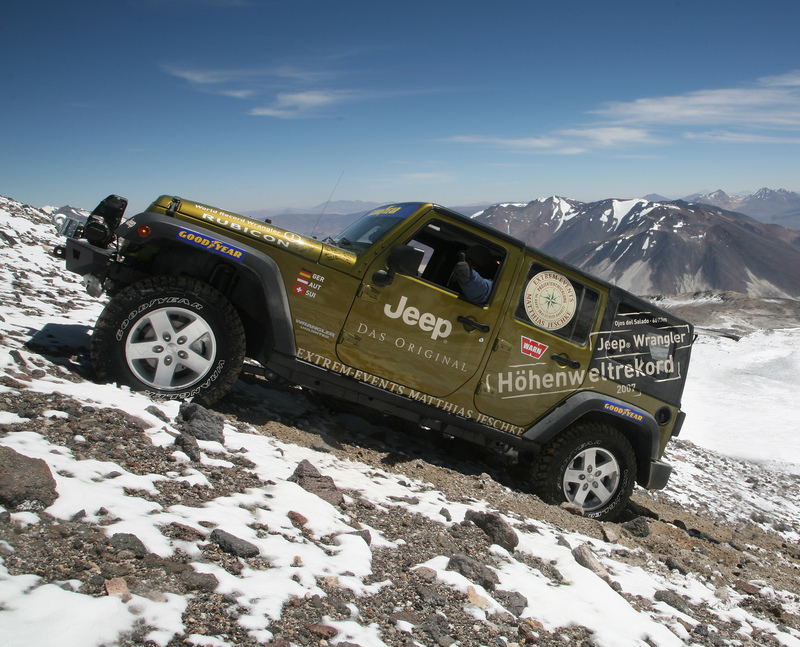 The two Wrangler Unlimited vehicles were standard equipment Rubicon models and were fitted with Goodyear MT/R tires, electronic altitude measuring technology and winches. They created a record by climbing 6,646 meters (21,804 feet) to the volcano’s rim.