Unveiled at the Geneva Motorshow earlier this year, the Lamborghini Aventador SVJ Roadster is a coupé that offers unlimited headroom, thanks to the carbon fibre roof panels that can be removed and accommodated in the front trunk. However, as this was not enough, Lamborghini has now decided to launch the Aventador SVJ in a new limited edition version, which would be called the SVJ 63, as it would commemorate the company’s founding year of 1963. Just as the name suggests, this new all-exclusive roadster is limited to 63 units, which have already been sold to collectors across the world. 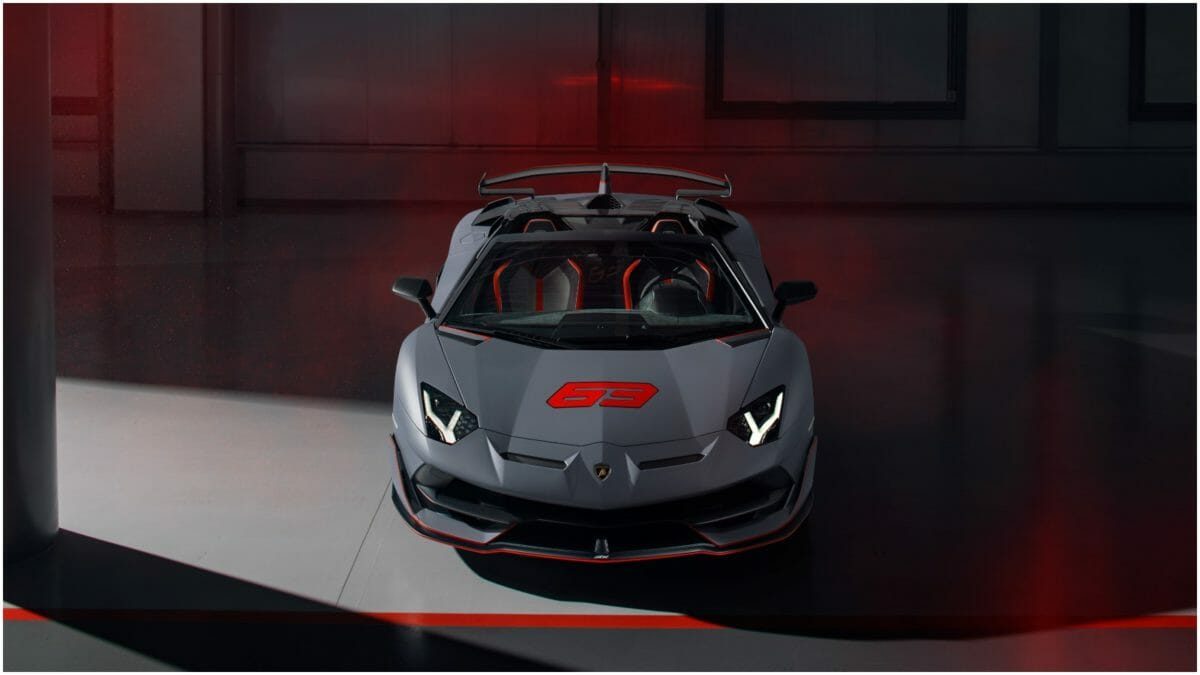 The exterior styling is specifically developed for the Roadster model, as it gets an option between a matte/shiny carbon-fibre upper part that includes the roof, engine cover, engine air vents, windscreen rim and wing mirrors. The new matte titanium finish features on the Leirion forged rims and the car carries the SVJ 63 livery, as well as the ‘1 of 63’, numbered plate. Talking about the interior, the cockpit gets three colour schemes in Alcantara, also featuring carbon-fibre elements which are complemented by Lamborghini’s patented lightweight CarbonSkin. The badge on the steering wheel endorses the car as one a limited edition, as does the ‘63’ logo on the rear wall stitched in Alcantara and CarbonSkin. 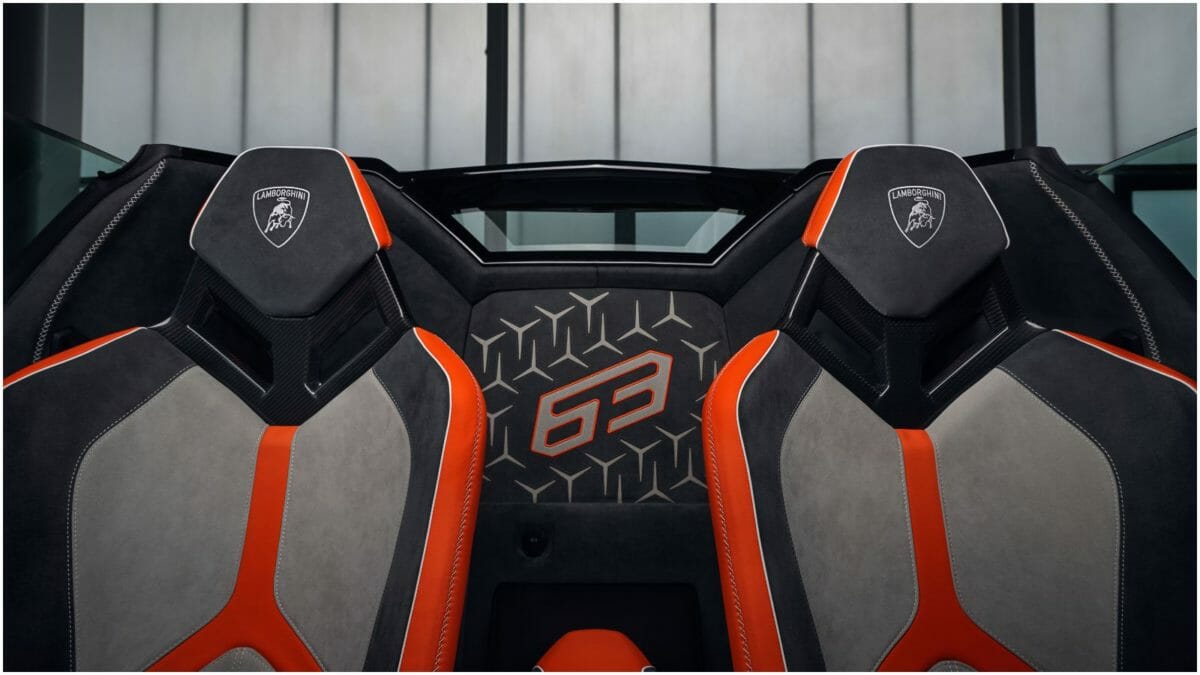 The Aventador SVJ Roadster 63 upholds the exceptional performance, handling and aerodynamic superiority of the SVJ coupé, as it sports the badge of SVJ, which means ‘Super Veloce’ for superfast and ‘Jota’ suffix signifying the car’s performance and track prowess. Mechanically, this car is also powered by the longitudinally mounted 6.5-litre V12 engine which generates a whopping 759 HP and 720 Nm of torque. This marks a gain of 39 HP and 30 Nm over the standard Aventador S Roadster. This power is sent to all four wheels via a single-clutch automatic gearbox. This means that the new SVJ Roadster can go from 0 to 100 kmph in just under 3 seconds and record a top speed of more than 350 kmph. 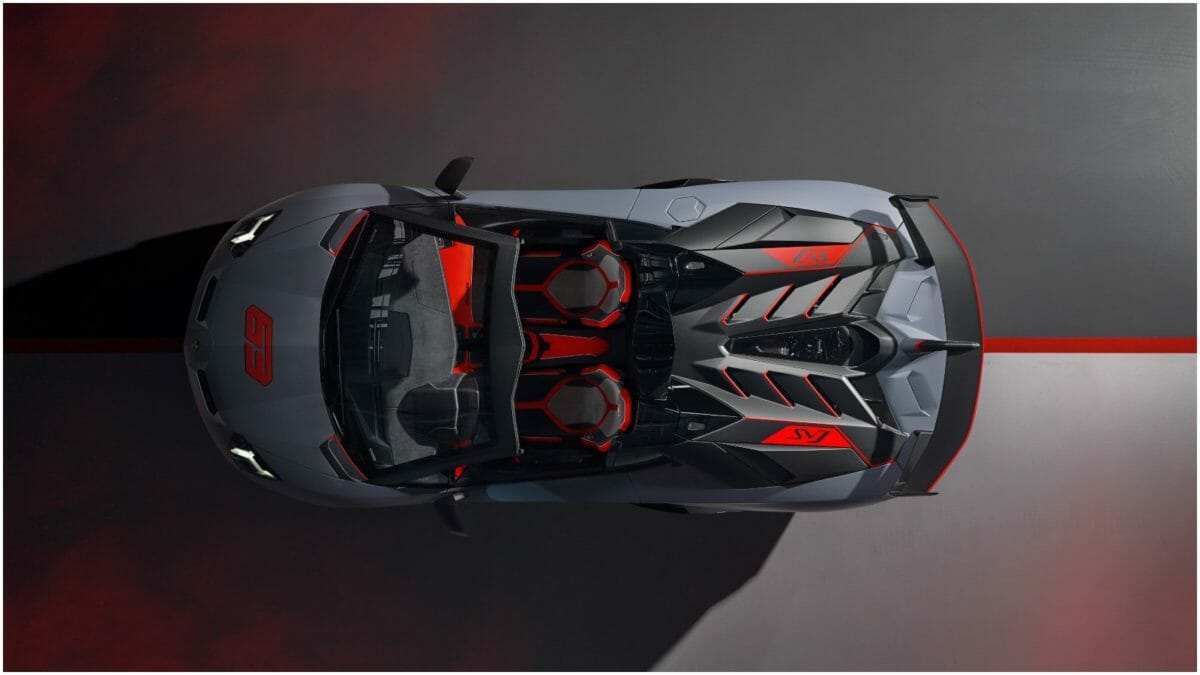 Keeping the car from taking off at high-speeds is a complex active aerodynamic system called the Aerodinamica Lamborghini Attiva (ALA) which is also seen on other Lamborghini cars such as the Huracan Evo and Huracan Performante. This system works to provide the least drag or maximum downforce to each side of the car depending on the conditions of the road. Removing the roof on this car represents a slight increase in the overall weight of the car which has gone up by 50 kilograms when compared to the Nürburgring record-breaking Aventador SVJ Coupé.