Buying a new car is an experience most of us have the chance to enjoy only a few times in our lives. Especially in India, where buying a car is a privilege, the excitement just breaks through the window during the purchase. Buying a Lamborghini must be on a different level altogether!

In what comes as a bizarre incident, a brand new Lamborghini was wrecked in a crash that occurred just 20 minutes after it was purchased. According to BBC, the luxury sports car is estimated to have cost around 2 hundred thousand pounds – or approximately Rs 1.8 crore. 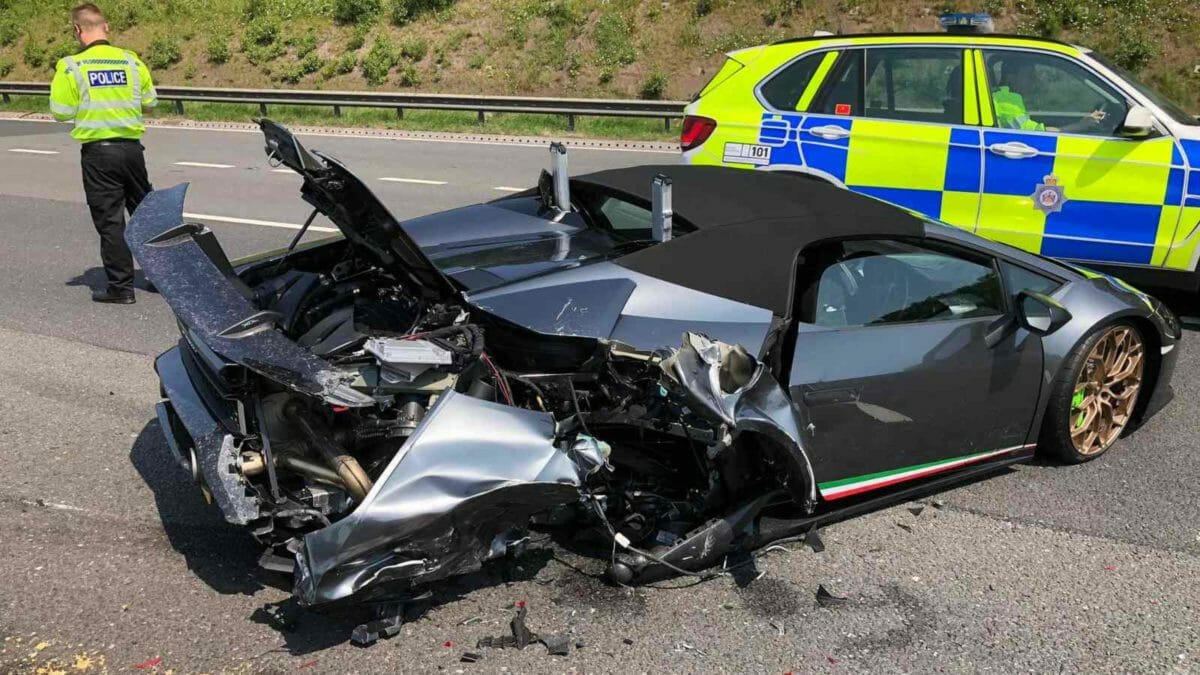 Details of the incident

The accident took place in West Yorkshire in the UK on Thursday. Just 20 minutes after collecting the car, the driver had no other way but to pull over due to a mechanical failure. Details about what went wrong with the naturally aspirated V10 supercar are shrouded in mystery, but what happened after the car broke down was even worse. An innocent motorist behind the wheel of a van was unable to stop in time and slammed into the Lamborghini’s rear end, causing some serious damages to the drop-top Huracan.

The mid-engined beauty from Sant’Agata Bolognese successfully deployed the pop-out anti-roll bars, while the rear right wheel came off due to the severity of the impact. With most of the damages in the engine bay area, chances are the Performante Spyder will be declared a write-off. The latest incident took place on the M1 highway, which had to be temporarily closed to clear the road. 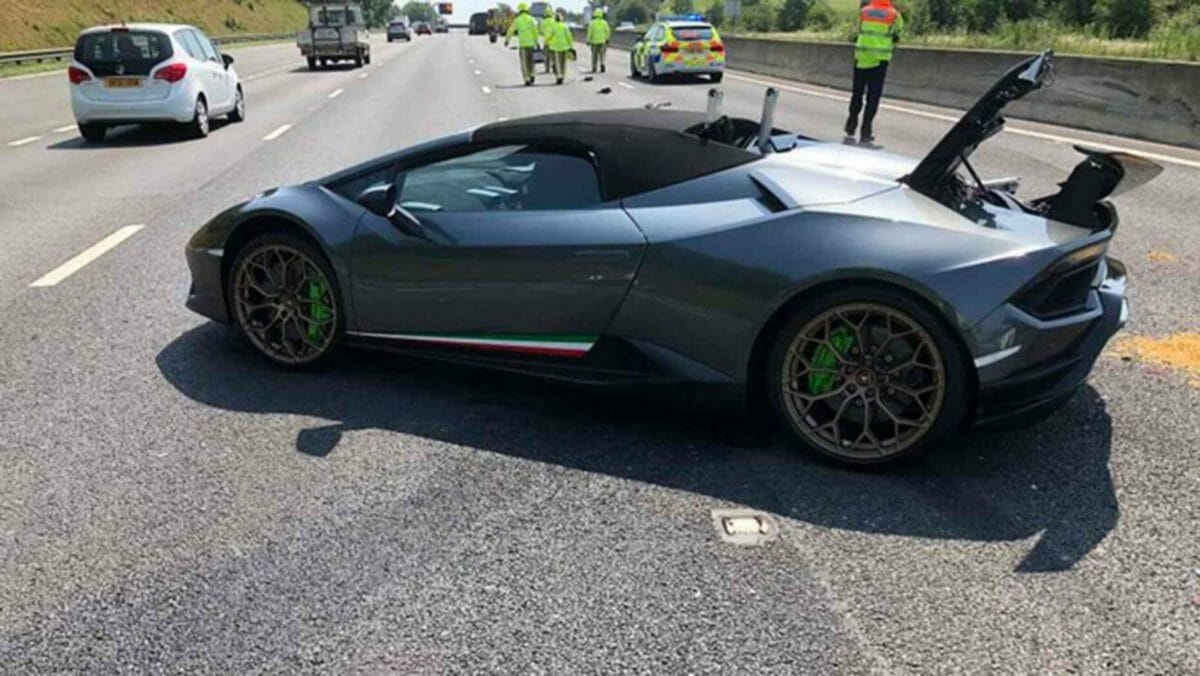 Pictures shared by police show the Lamborghini Huracan’s back crumpled by the collision and have gone viral on the microblogging platform. “It’s only a car! But on this occasion a 20-minute-old brand new Lamborghini that stopped due to mechanical failure in lane 3 was hit from behind by an innocent motorist,” police wrote while sharing the pics. “#CouldHaveCried,” they added as a hashtag.

M1 Ossett today – It’s only a car ! But on this occasion a 20 minute old brand new Lamborghini that stopped due mechanical failure in lane 3 them hit from behind by an innocent motorist #couldhavecried pic.twitter.com/S1f9YEQGcD

The driver of the van that hit the Lamborghini reportedly suffered head injuries in the crash. The injuries are not believed to be serious. Officers were called just after 13:00 BST to reports of a two-vehicle collision near junction 40 of the M1. Photos show the right rear quarter of the mid-engine two-seater entirely crushed and the twin ports of the rollover protection system deployed.

In February this year, a Bengaluru businessman was accused of ramming his Lamborghini Gallardo into a checkpoint and abandoning the vehicle. The Lamborghini Huracan is powered by a V-10 petrol motor that cranks out 630 hp of power and a top speed of 202 mph. Many people are suggesting that, in this instance, the Lamborghini driver could’ve pulled over all of the sudden, thus not giving the van driver enough time to react.