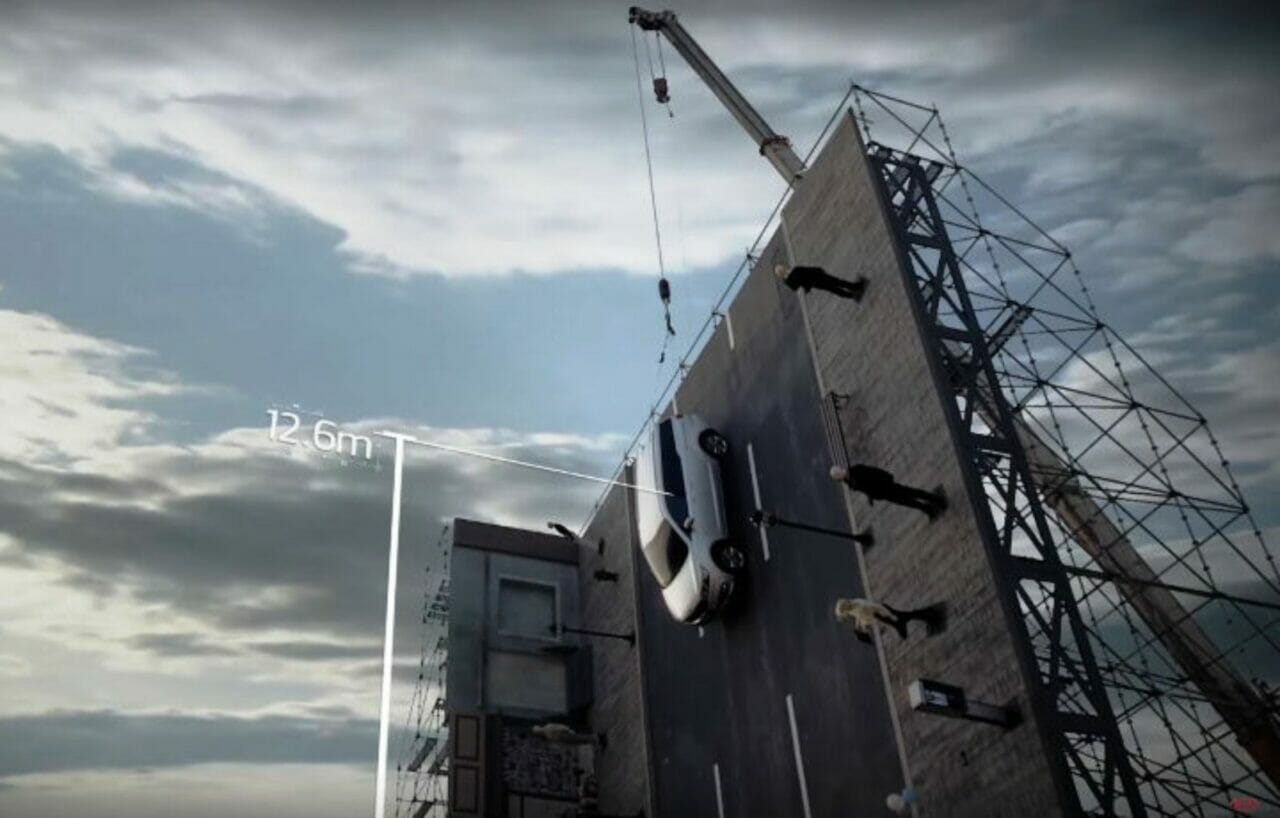 While performing a horizontal crash test and head-on collisions for testing the impact-absorbing abilities of their respective offerings is quite normal, we have now come across a video showing a Kia Carnival performing a vertical crash test.

The video dates back to 2016, the same year when the global-spec Carnival had been awarded a 5-star NCAP safety rating. The said one-of-a-kind test was conducted by Kia Motors in New Zealand back in 2016 and the video was uploaded on ‘KiaNewZealand’ YouTube channel.

How the test was conducted?

As far as the test goes, to conduct the Kia Carnival vertical crash test, the car was raised to a height of 12.6 metres and then was dropped. At the time of the impact, the speed of the car is said to be 56 km/h. The setup mimicked a street scenario tilted 90 degrees forward. The post-impact shots clearly reveal that the Kia Carnival performed really well in this unique crash test. All the parts of the car prove to be well-built since the damage is just limited to the bonnet. The airbags floated in time.

The crumple zones of the MPV have absorbed most of the impact, thus resulting in minimal damage towards the rear. The safety zone too takes the impact with minimal effect reaching to the legs of the dummies inside. While we still await the crash test results of the latest generation of the Carnival, it is expected that this model will perform equally well as the outgoing model. Kia claims to have used 52 percent AHSS (Advanced High Strength Steel) for reinforced body structure which makes the Carnival highly safe during a crash. 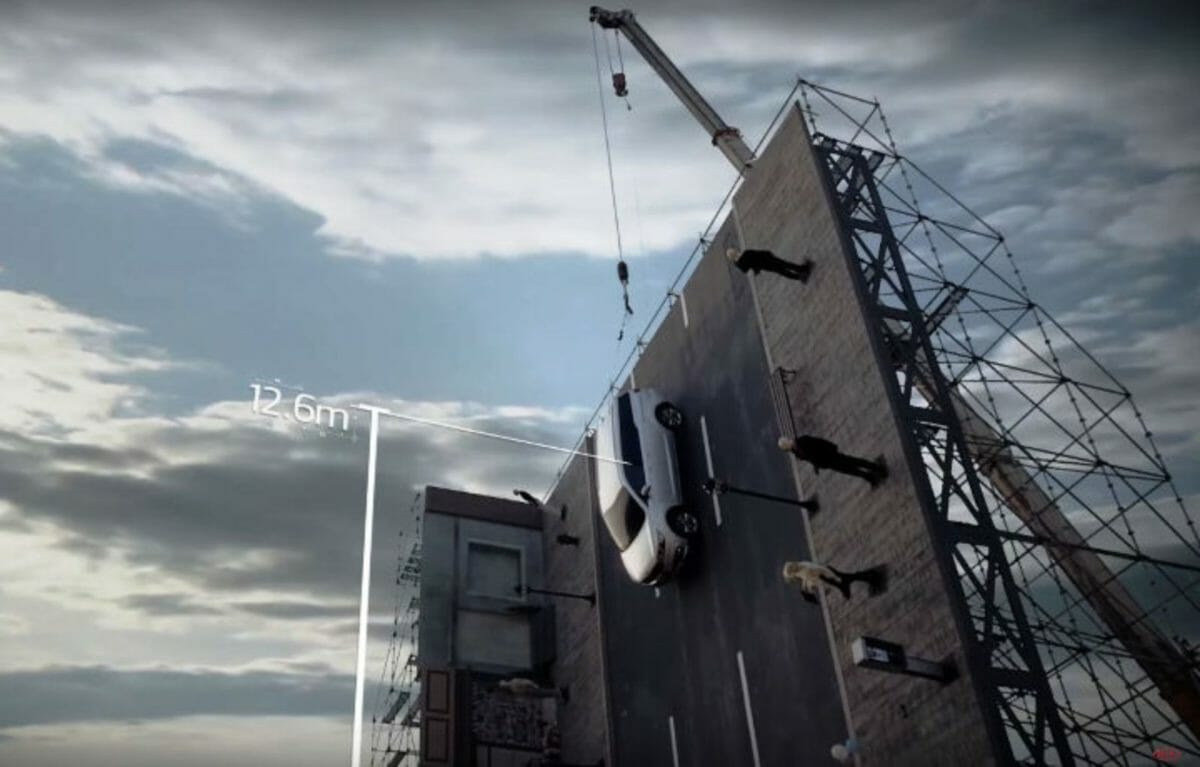 The India-spec Carnival borrows the same platform from the global-spec model with some distinctions in design, features and powertrain options. In India, the car is sold in three variants – Premium, Prestige, and Limousine. Each of these variants gets different seating layouts of seven, eight, and nine seats respectively. The prices of the Kia Carnival in India starts from Rs 24.95 lakh and go all the way up to Rs 33.95 lakh (ex-showroom, Delhi) for the Limousine variant. 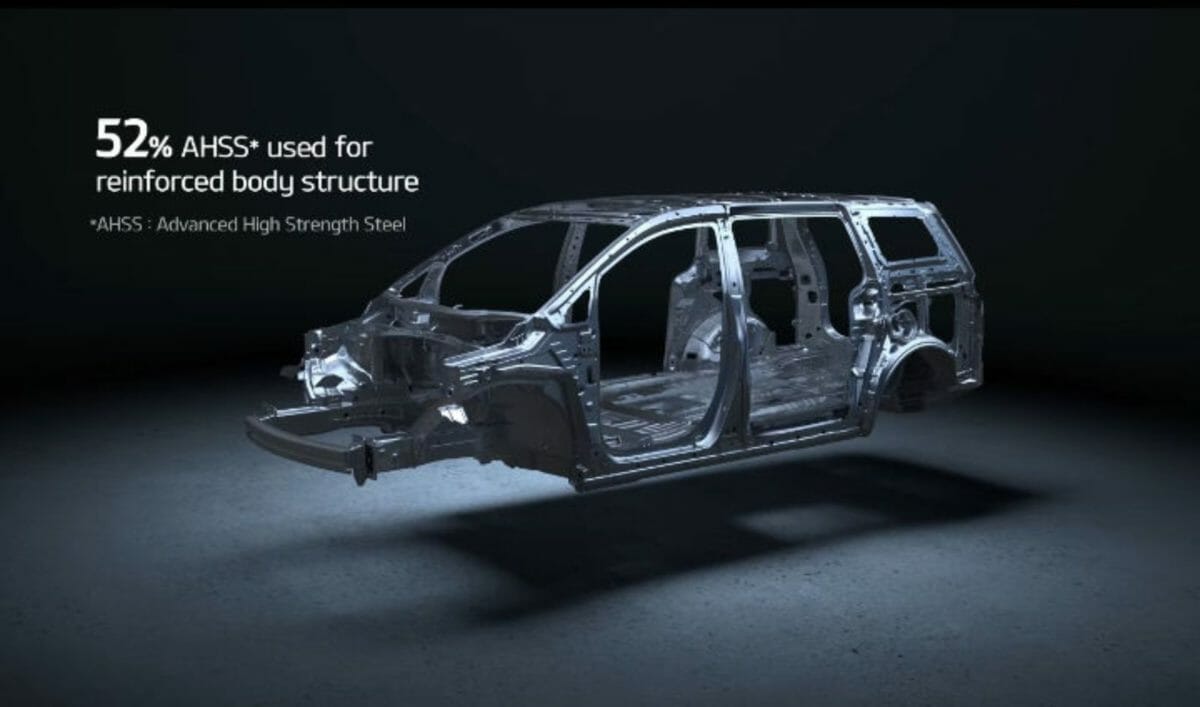 Some of the most highlighted features include an 8-inch touchscreen infotainment system and a 10-inch touchscreen display for middle-seat-row entertainment, three-zone temperature control and a dual-panel sunroof. Like the Kia Seltos, the Carnival is equipped with Kia’s UVO connected car technology. Under the hood, the premium class MPV is powered by a BS6-compliant 2.2-litre diesel unit which can generate 200 PS of power against 440 Nm of peak torque and is paired with an 8-speed torque converter automatic transmission unit.

The Kia Carnival made its India debut at the start of this year. Recently, the images of the next-generation Carnival were officially revealed which is expected to arrive in global markets sometime around next year. Although the next generation will most likely take at least three years to arrive in the Indian market.