We recently heard quite some details about the upcoming KTM 790 Duke courtesy MCN. This time around, it’s the adventure sibling that was snapped during testing. The latest photographs were snapped by German publication Motorrad, revealing finer details about the upcoming motorcycle. The latest test mule receives the signature, split LED headlight and comes equipped with new body panels. The new (massive) panels wrap the engine but look slightly out of place. The skid plate provides protection from the any object that may damage the motor. 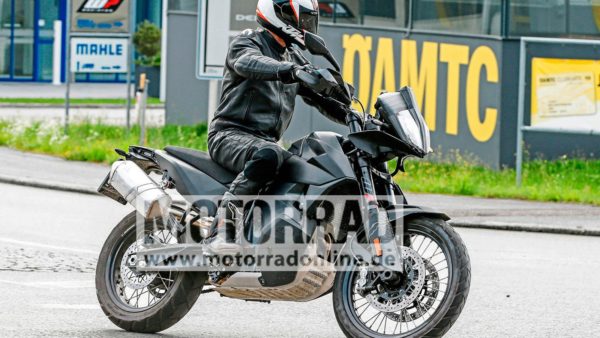 The motorcycle will come equipped with a bigger front wheel, most likely 21-inch in diameter while the rear will feature 18-inch unit — both wire-spoked. Other features will include a full digital instrument console, WP Suspension and Brembo brakes. 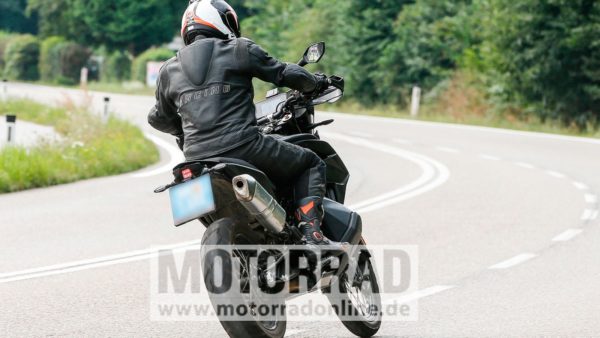 Apart from 790 Duke, KTM’s all-new 799cc parallel twin engine will also power the new 790 Adventure, and will most likely feature whole host of electronics including lean-sensitive traction control, cornering ABS, launch control, three riding modes, slipper clutch and an autoblipper/quickshifter. The exact performance numbers aren’t available but the reports suggests that the 790 Adventure will pack over 100bhp of power. It will feature a 270-degree crank and redline at 9,500 rpm. 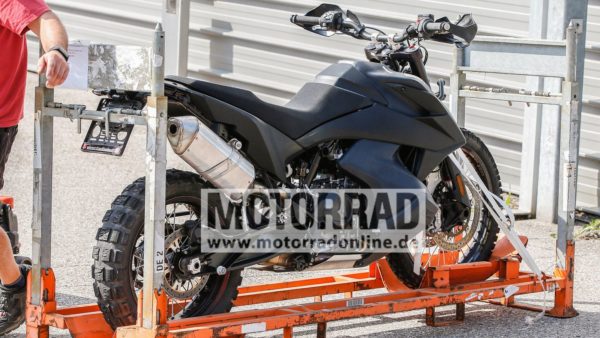 The motorcycle is inching closer to be production ready and we may see a glimpse of the new 790 Adventure at the upcoming 2017 EICMA motorcycle show scheduled in November. Meanwhile, there’s no official statement from the Austrian two-wheeler brand about the India launch of the model although the 390 Adventure is expected to arrive sometime in 2018.

We’ll keep you posted with all the latest updates as and when available. Stay tuned.