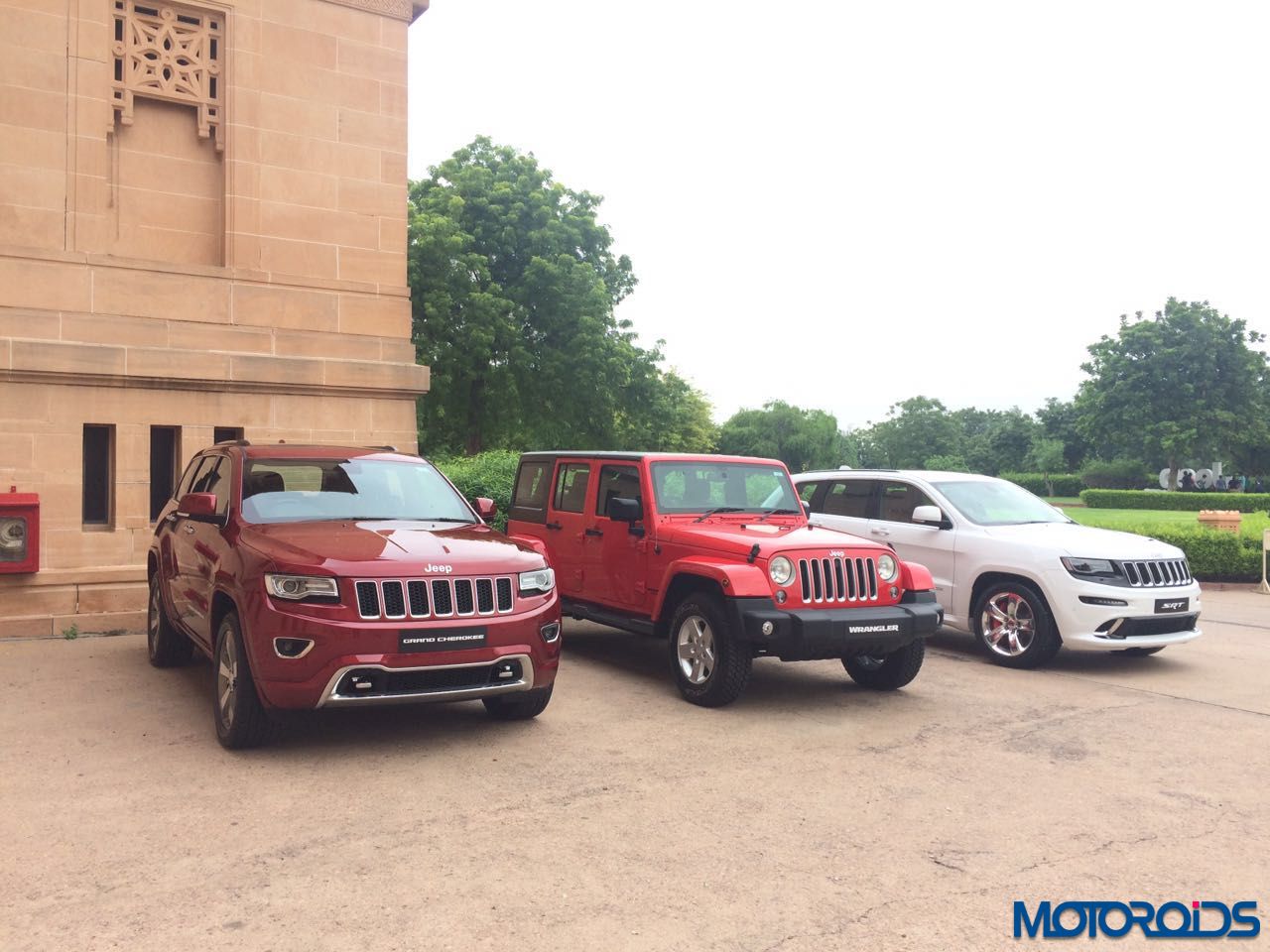 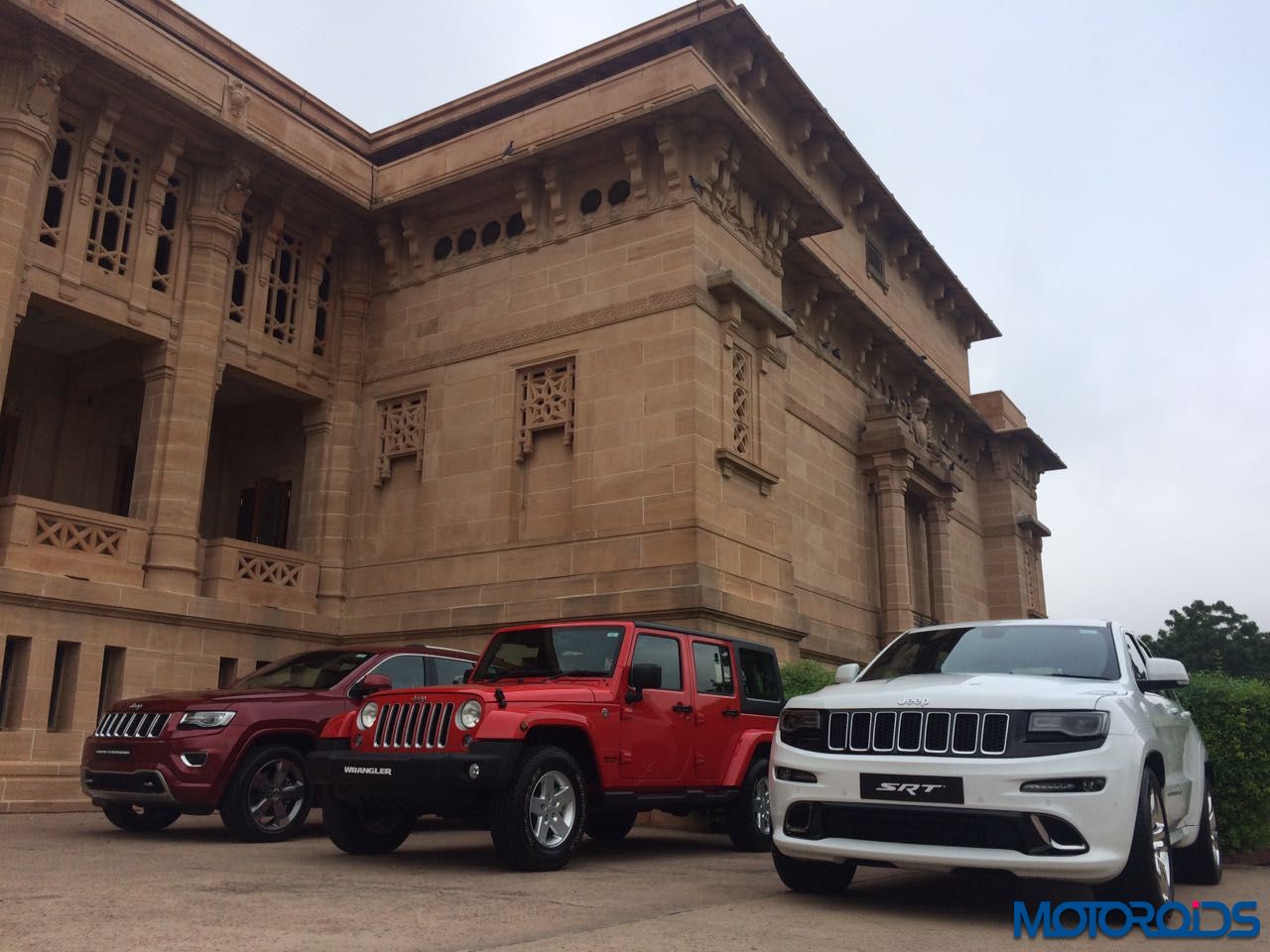 Fiat Chrysler Automobiles (FCA) India has launched the Jeep Wrangler and Jeep Grand Cherokee. FCA, which owns the Jeep brand globally, will bring the two models to India as Completely Built Units (CBU). The company will introduce another Jeep SUV when local production starts at its Ranjangaon manufacturing facility near Pune, next year. Following are the details of the Wrangler, Grand Cherokee and the Grand Cherokee Summit: 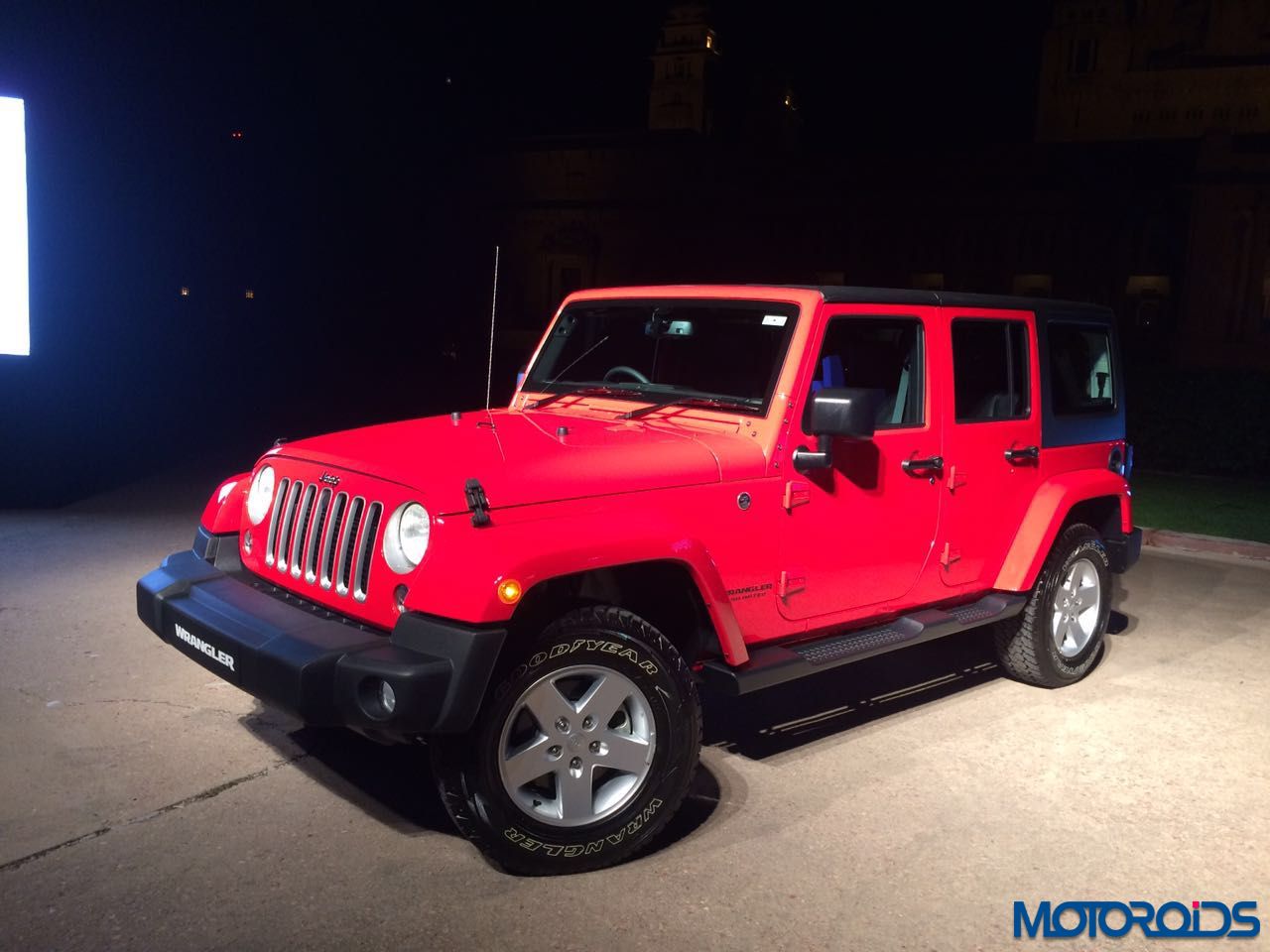 The Wrangler features a vertical seven-slot grille, flanking round headlamps and the trapezoidal wheel arches. It comes with removable doors, a three-piece, removable hard top as well as with a soft top – a standard addition to the Wrangler package. On the inside, the Wrangler features McKinley leather seats with accent stitching, lockable center console, nine-speaker Alpine music system and a 6.5-inch Uconnect touch screen navigation system accessible through voice commands. The Wrangler is equipped with the Command Trac 4×4 system and heavy duty solid axles, 18 bolt main case joint clamping and 17-inch silent armour Goodyear tyres. 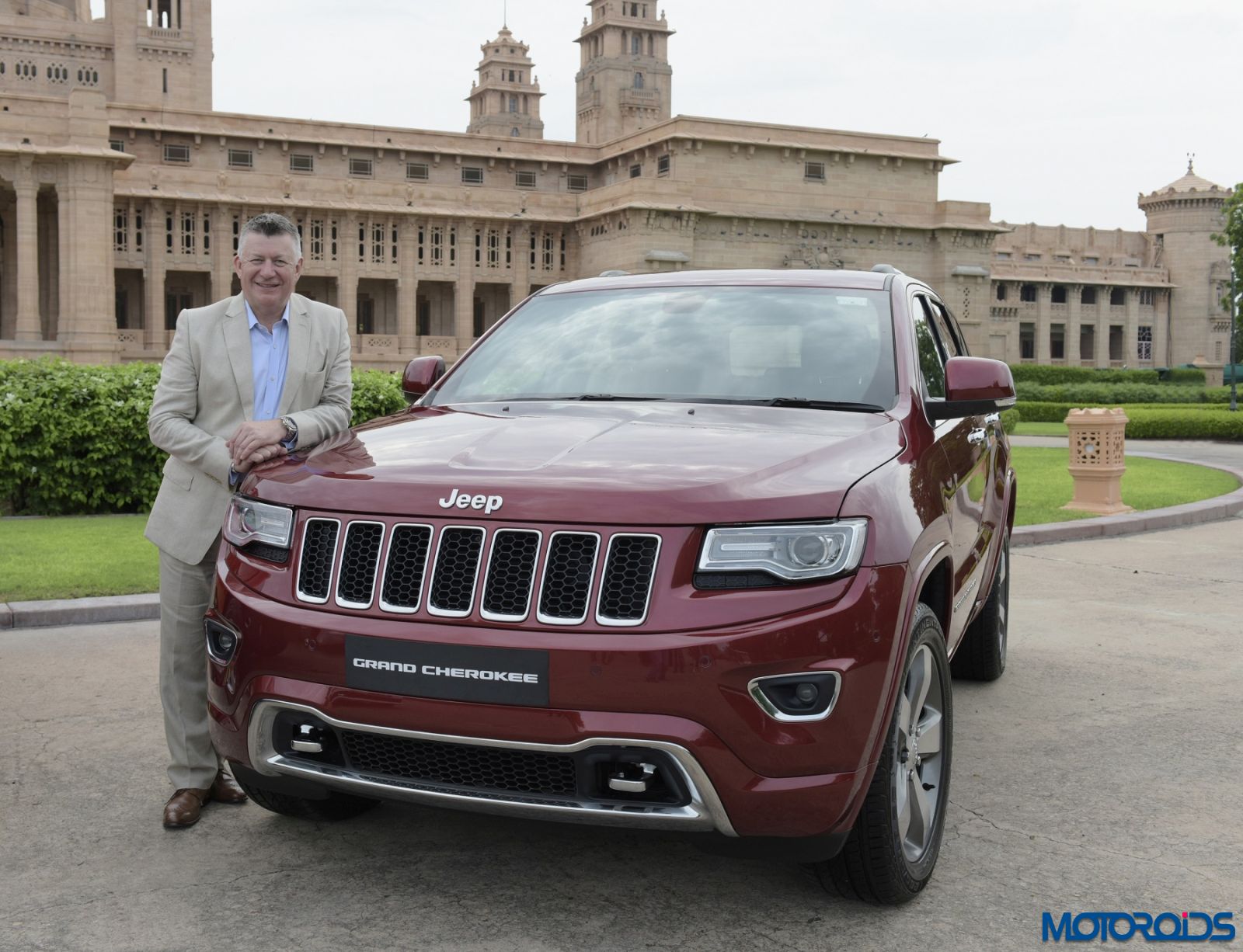 The Grand Cherokee comes with a Quadra-Trac full-time Active-on-Demand 4WD system linked to a five-mode Select-Track system, supported by adaptive suspension and Brembo brakes with multiple-piston rotors. Coming to the interiors, it gives feedback on G-force on the 7-inch instrument cluster and real time performance data on its 8.4-inch UConnect system. It also features Laguna leather seats and a 19-speaker Harman Kardon sound system. 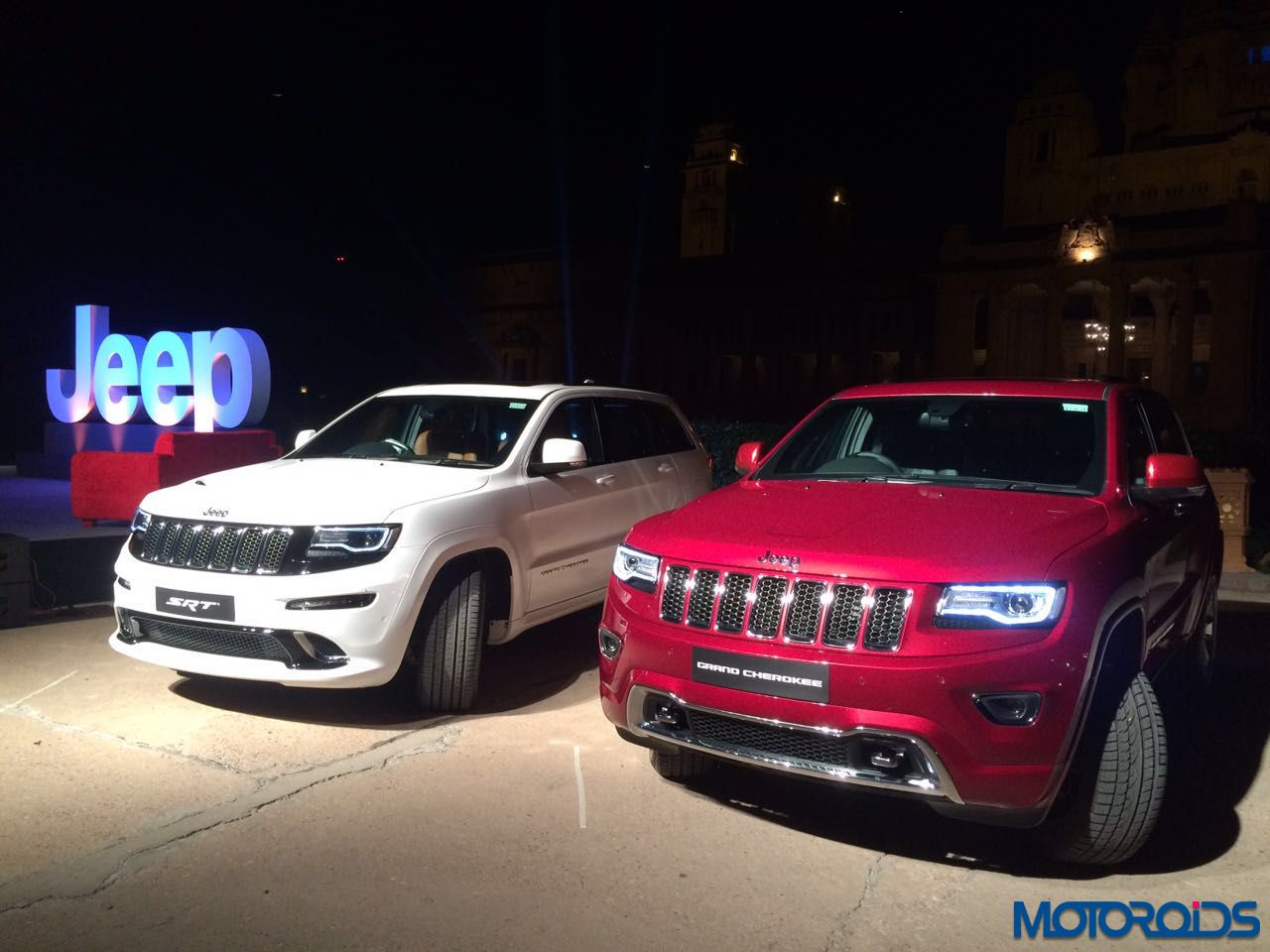 The Grand Cherokee Summit features seats stitched and wrapped in Nappa leather which is carried forward to the instrument panel door, center console, shifter knob and the armrest. The model comes equipped with a nine-speaker Alpine music system synced to the 8.4-inch UConnect infotainment system, a customisable 7-inch instrument cluster; while the passengers in the rear cabin benefit from a Blu-ray entertainment system and a panoramic sunroof. Like the SRT, it offers Quadra-Trac II with the SelecTerrain traction control system. The Grand Cherokee Summit also features 20-inch alloy wheels and is offered with colour-coordinated interiors with the base, ‘Limited’ variant. 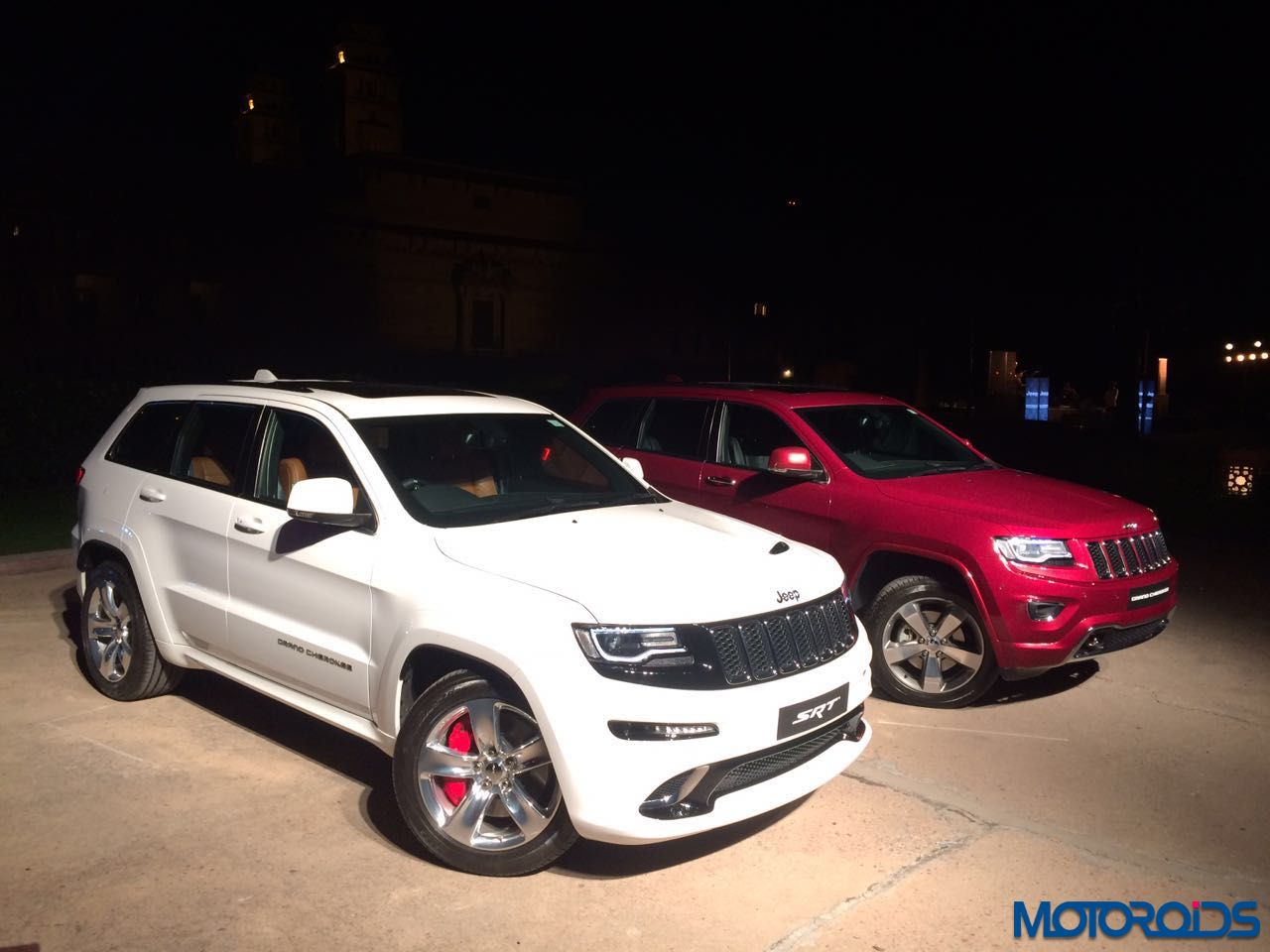 The Jeep Wrangler and the Jeep Grand Cherokee will be sold through 10 outlets called Jeep Destination Stores, in nine Indian cities by the end of this year. The outlets go live in Ahmedabad at the time of launch, followed by New Delhi and Chennai in September. The Mumbai outlet will open in October, along with a second outlet in New Delhi, both before Diwali, followed by Hyderabad, Chandigarh, Kochi and Bengaluru.

Commenting on the occasion, Kevin Flynn, President and Managing Director, FCA India, said, “Jeep pioneered the SUV segment and the concept of off-roading. Now we are providing our Indian customers with access to what Jeep has to offer by launching the Jeep Wrangler, the most capable production 4×4 vehicle in the world and the luxurious Jeep Grand Cherokee, the most awarded SUV of all time. The launch of Jeep in India marks a double milestone in the history of the brand as this year we are also celebrating the 75th anniversary of Jeep worldwide.”

Following is an image gallery of the Jeep launch in India: