Home Jeep Jeep 551 SUV rendered; to be made and sold in India 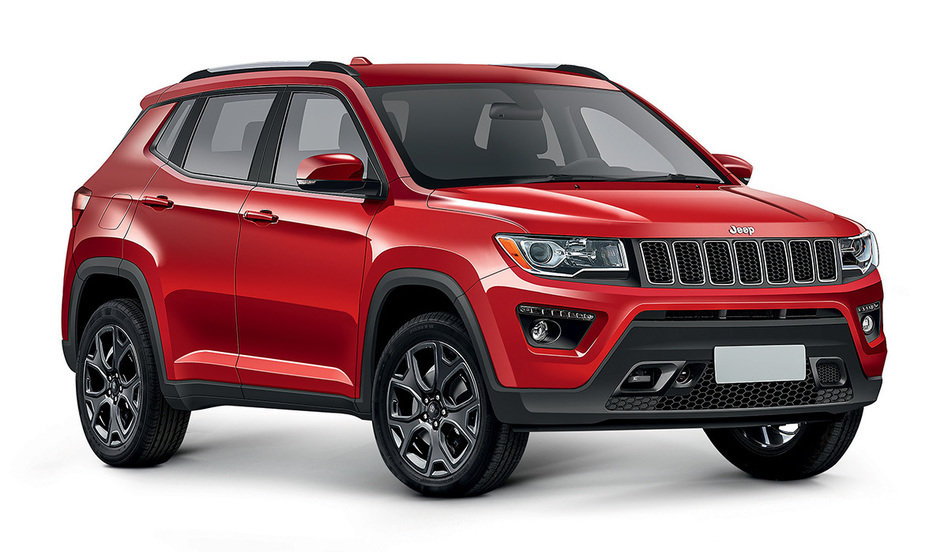 The upcoming Jeep 551 SUV has been rendered before its global debut at the 2016 Sao Paulo Motor Show in November. Internally known as the C-SUV, the 551 will be manufactured and sold in India sometime next year. Based on same front-wheel drive platform that underpins the Fiat 500X and the Jeep Renegade, the 551 will be the replacement model for the Jeep Compass/Patriot models.

The rendering imagines the Jeep 551 as a scaled down Grand Cherokee in appearance, which is not a bad thing. In essense, the 551 would be more of a softroader with mild off-road prowess, rather than a hardcore Jeep like the Wrangler. Highlights include squared off wheel arches, mild body cladding, the signature Jeep grille and a kinked window line. It’s expected to be powered by a 164 hp strong 2.0-liter petrol engine, along with 2.0-liter MultiJet II diesel engine, good for 170 hp.

While transmission options would include a 6-speed manual and a 9-speed automatic, the Jeep 551 is also expected to be available with an all-wheel-drive option. The 551 might be launched in Brazil first, followed by China. In 2017, it would be manufactured at the Tata-Fiat JV plant in Ranjangaon, Maharashtra. When launched, the new 551 will take on the likes of Toyota Fortuner and Ford Endeavour. Apart from the Grand Cherokee and the Wrangler, Jeep is also testing the smaller Renegade SUV in India.