The Jaguar Land Rover additive manufacturing centre produces more than 80,000 parts a year for a variety of applications, including functional prototyping, design mock-ups and manufacturing assembly aids and fixtures. Jaguar Land Rover is also able to 3D print parts for production cars with the Jaguar XE SV Project 8 being one of the first to use them. The carmaker has now developed a unique 3D-printed dog paw to help engineers assess the durability of future cars – with a little help from Yogi the Labrador and the new Land Rover Defender. 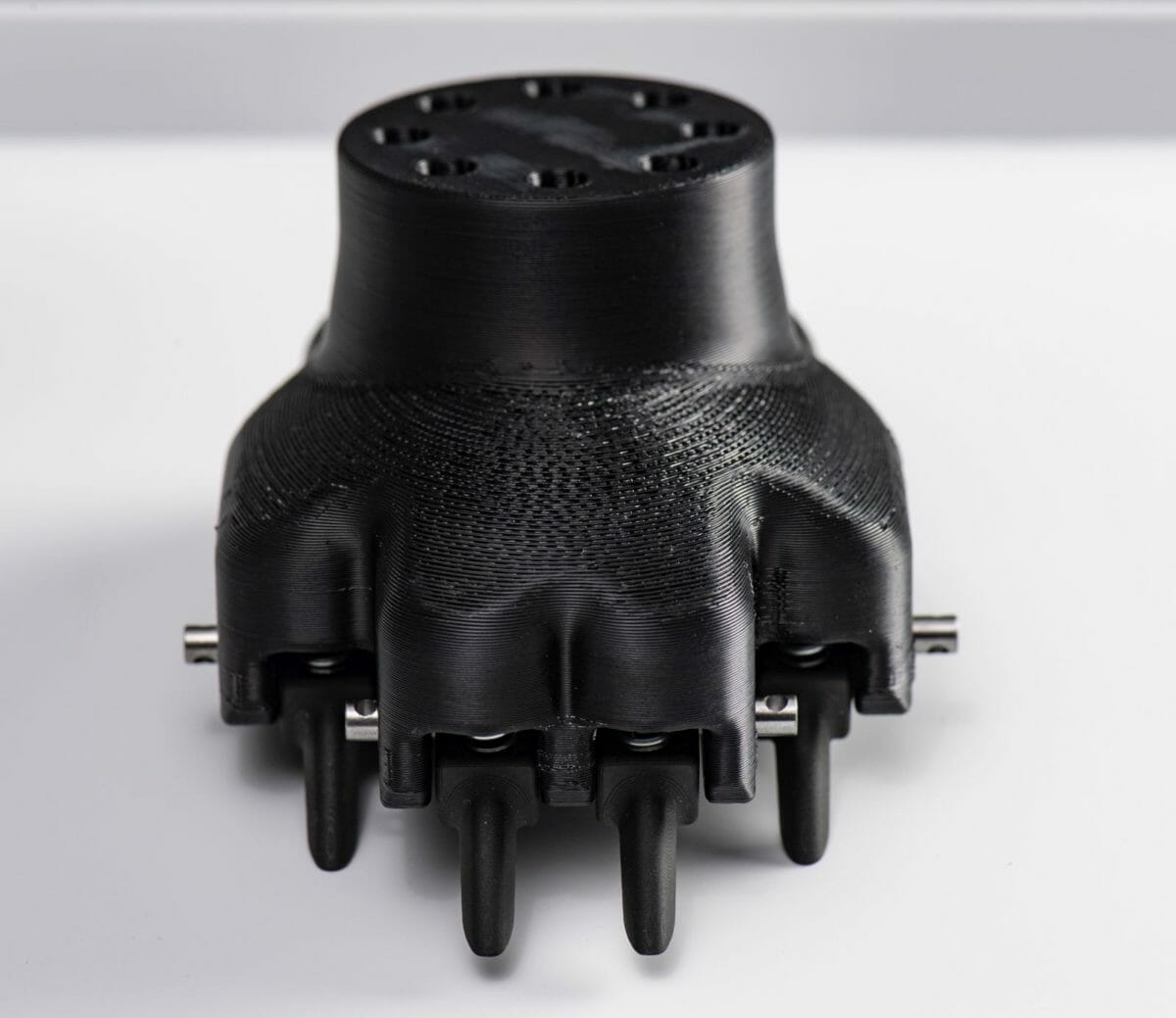 The ‘RoboYogi’ paw was used to test the rear bumper’s ability to withstand a dog’s claws scraping the paint before and after dog walks, with results showing it can withstand more than a decade of use by dogs – highlighting how the design process for Jaguar and Land Rover vehicles also consider the demands of owners’ lifestyles. Yogi the Labrador, a resident at the National Guide Dog Breeding Centre, was tasked with jumping in and out of the new Land Rover Defender boot, with every step recorded by pressure mapping technology. The data allowed the team to benchmark this real-world outdoor scenario against ‘RoboYogi’; from how a mid-sized dog clambers in and out, to the pressure applied by the claws and the pads on its feet.

Also Read: The New Jaguar F-Type Is Here And It Looks Angry 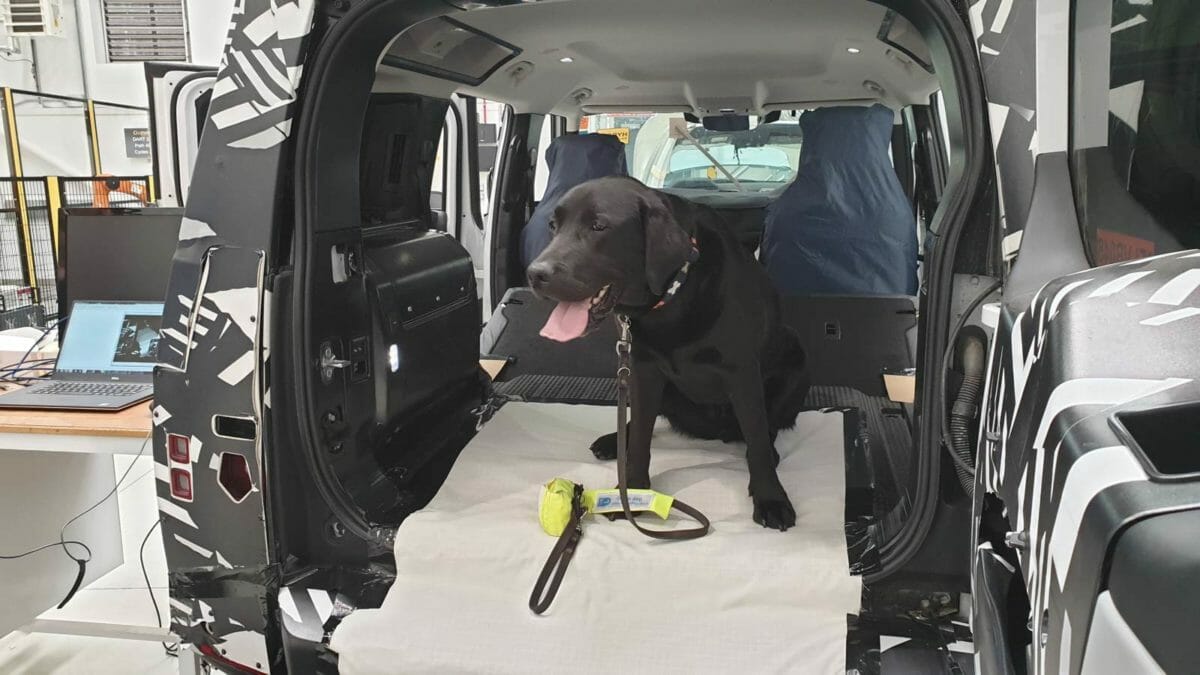 Yogi’s paw was then used to model and 3D-print a spring-loaded replica, allowing the claws to follow contours and apply pressure evenly across the bumper. Spring-loaded claws also proved a cost-effective solution as they are easily replaceable. The life-like paw is now used by Jaguar Land Rover to complete a standard 5,000 cycle abrasion test; during which ‘RoboYogi’ scratches the panel at random ten times followed by a linear scratch to one side, before repeating the process. 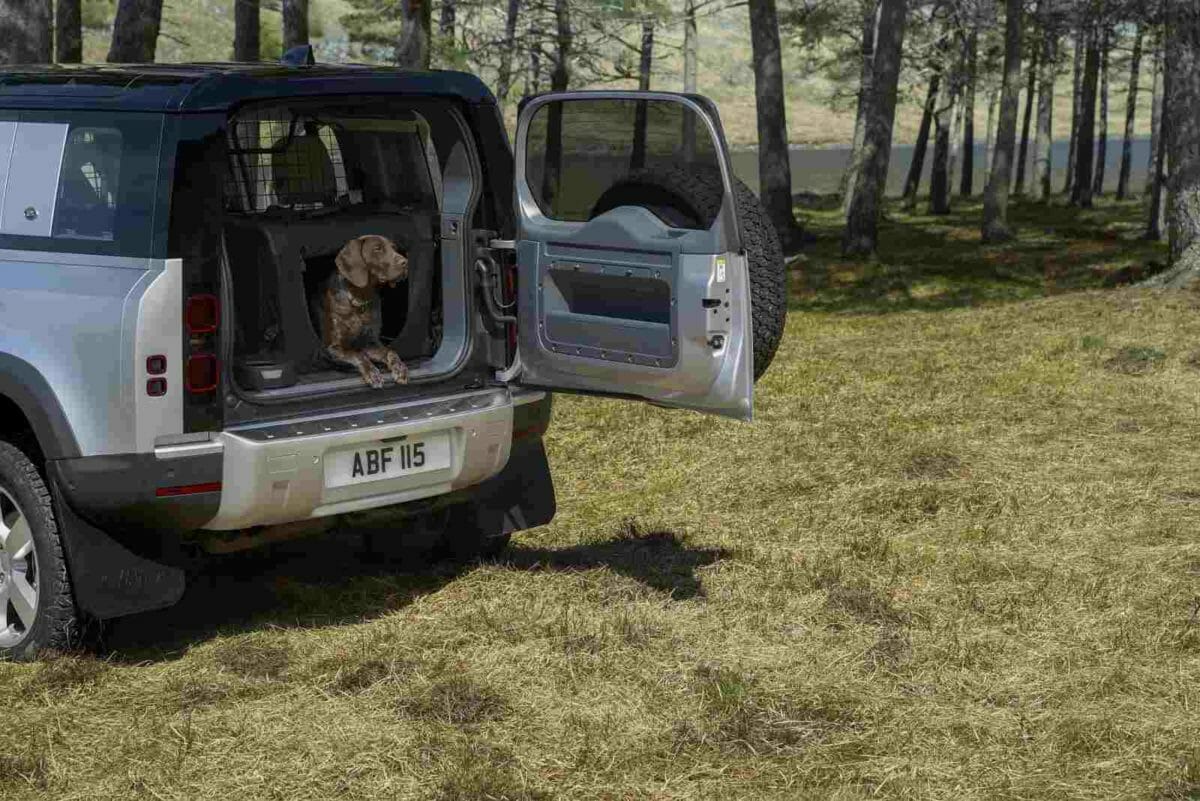 The new Land Rover Defender proved to be the ideal testbed because of its iconic side-hinged door featuring a flat rear bumper for dogs to climb onto, compared to the more traditional split tailgate or rounded boot opening on other Land Rover models. Land Rover priorities the comfort and convenience of our furry-friends and offers a range of Pet Packs on the Discovery, including a full-height luggage partition, a loadspace rubber mat, and loadspace liner tray.