Ducati has announced a memorabilia project, under which, collectors and enthusiasts can purchase original parts from the bikes that compete in the MotoGP and SBK championships. The first batch of certified parts from bikes used in recent years by MotoGP and SBK team riders consists of con-rods, crankshafts, camshafts and pistons, all personally certified by Claudio Domenicali and Gigi Dall’Igna. To enhance their uniqueness and originality further, all parts come complete with a technical description and info on the relative rider and world championship season. 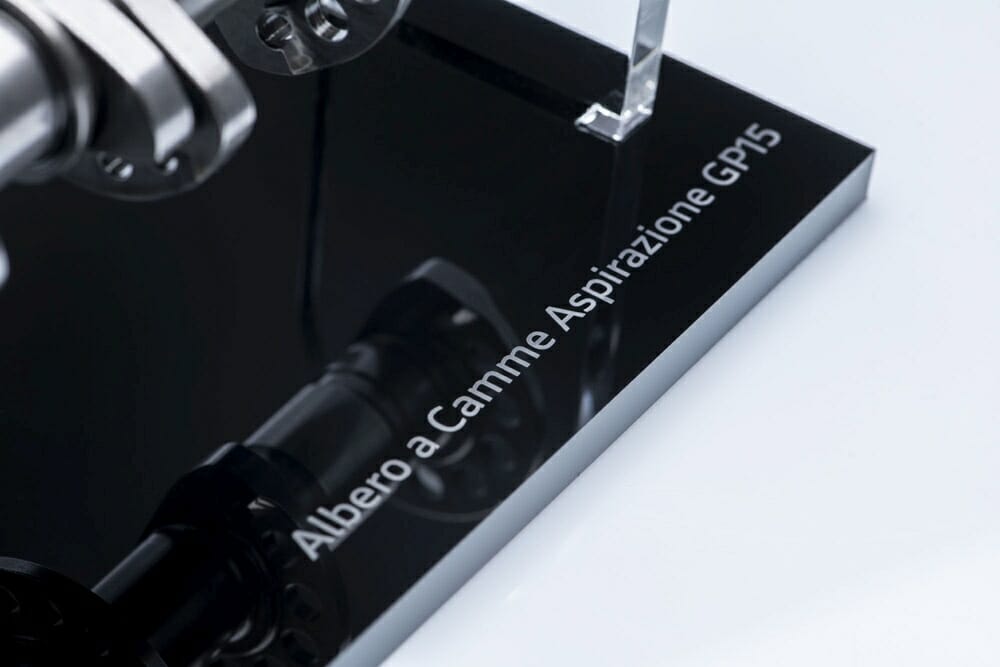 Memorabilia items can be purchased at the Ducati Store in Borgo Panigale, at Ducati dealerships, and from 2020, online at www.ducati.com. Each piece is protected in a plexiglass display case, comes with a certificate of authenticity and availability is limited. Ducati has been clawing into Kawasaki’s dominance at the WSBK championship, with Alvaro Bautista taking the second spot overall, astride his Panigale V4 R. At the top stage, Ducati’s MotoGP bikes ran strong races through the year, helping Andrea Dovizioso and the team seal the second spot in the World Championship. 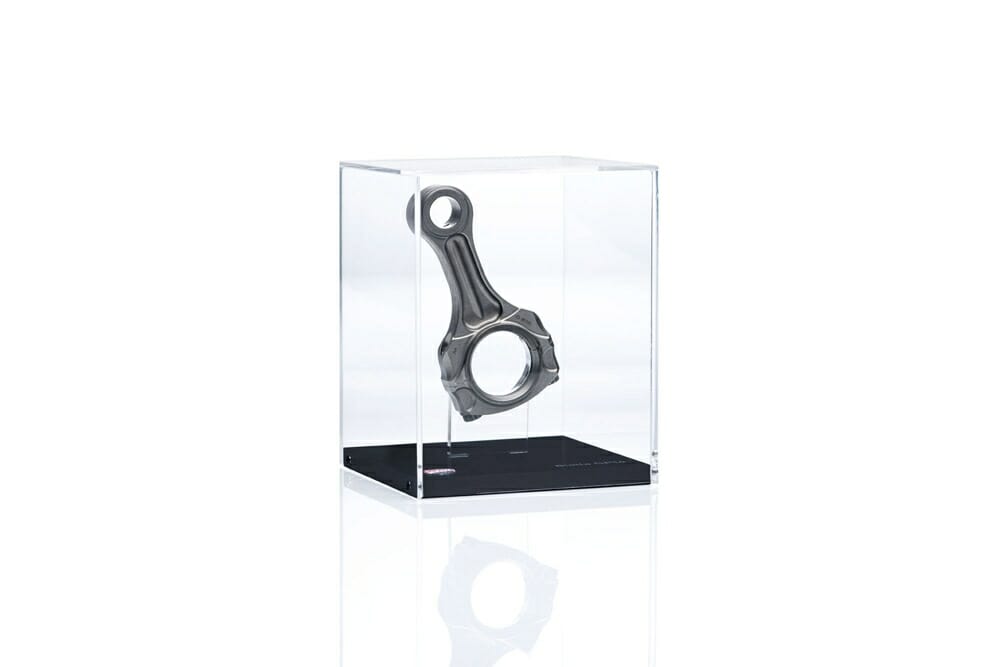 The bikemaker’s latest road-going lethal machine, the Streetfighter V4, was revealed at the EICMA 2019. A scantily-clad version of the Panigale V4, the Streetfighter V4 is powered by the same 1,103cc, V4 Desmosedici Stradale, liquid-cooled engine which cranks out 208 hp of power for the stock version and 220 hp when fitted with an Akrapovic exhaust system. 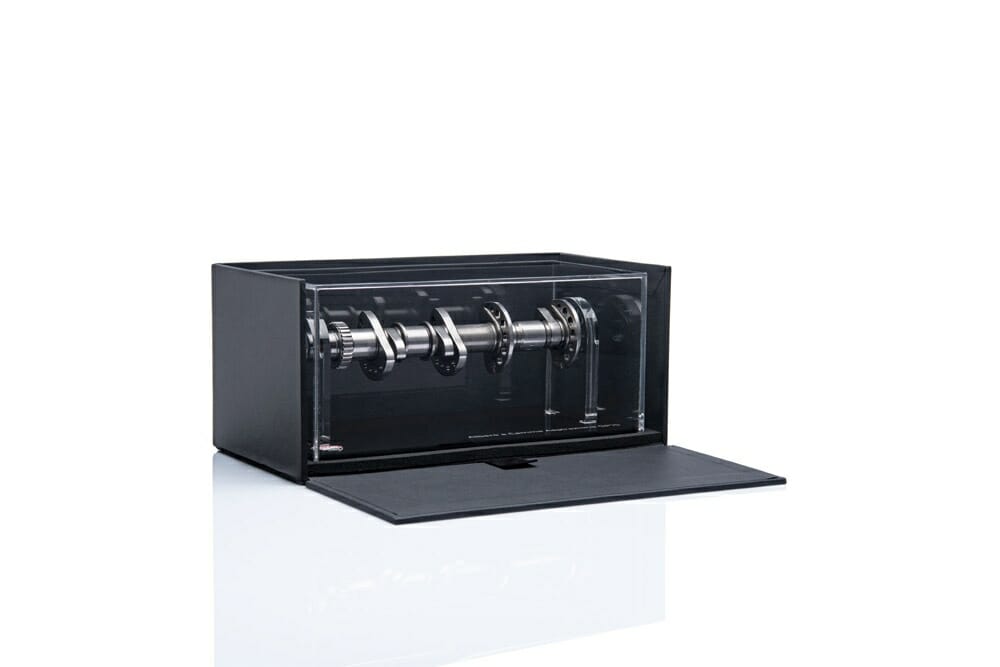 The front of the bike is totally new, while the fuel tank and tailpiece of the Streetfighter are same as that on the Panigale V4. The bike now also gets a set of biplane aerofoils that are supposed to help improve grip and performance on the track, while keeping the bike stable at high speeds. Ducati also offers a 43mm Showa upside-down forks up front and a Sachs mono-shock at the rear, both completely adjustable. The braking system on this super naked bike is governed by Brembo’s Stylema Monobloc callipers with 330mm and 245mm discs upfront and at the rear, respectively.